In 1938, Sumter EMC ushered in a new era of growth and prosperity when we set poles along the roads of 11 counties we serve, stringing the first power lines to homes and farms. Now, 82 years later, Sumter EMC is still a cornerstone of the community, providing safe, reliable and affordable electricity and supporting local business and charitable causes.

Recently Sumter EMC began tackling a new challenge. We recognized the critical need in our area for broadband and we started working in 2015 to promote the expansion of high-speed internet service. Through the local One Sumter Economic Development Foundation, Sumter EMC provided technical, financial, and logistical support to promote broadband expansion. This community-led effort culminated in a new fiber-optic system built by Pineland Telephone Cooperative that now is available to businesses throughout Americus. With this new high speed internet service, local businesses now have access to world-class internet service to give them a competitive advantage and support quality jobs in our region.

Since that successful rollout in 2018 we have continued to seek solutions, funding sources and partners to expand broadband across our entire service area.  However, two-thirds of Sumter EMC’s members still lack quality broadband service today.

Meanwhile, broadband providers from the cable and telecommunications industry are at the Georgia Public Service Commission (PSC), demanding EMC members subsidize their business, with no guarantee to provide internet to our area.

The issue of pole attachment rental rates has become a controversial topic – and it could result in an electric rate hike for Georgia’s more than 4 million EMC members. Cable and telecommunications companies like Comcast, Mediacom, Charter and AT&T are trying to take away EMCs’ ability to recover the fair and true cost of allowing them to attach their communications equipment to our utility poles. These utility poles are owned, installed and maintained by Sumter EMC and financed by YOUR investments – our member-owners. Cable and telecom companies claim that EMC pole attachment rental rates are a barrier to expansion of rural broadband. The truth is pole attachment rates represent a tiny percentage of the total cost to deliver high-speed internet. The real reason for the slow growth of broadband in rural Georgia is the lack of population density in rural communities.

These for-profit companies are asking the PSC for a wealth transfer: they want pole attachment rental rates decreased so they can increase their profit margins, while EMC members foot the bill.  What’s worse is that the cable and telecom companies are under no obligation to use that money to provide broadband to our rural area.  Those dollars could go to more profitable projects in other states, or, straight to their shareholders.

If cable and telecom companies get the unfairly low rates and favorable attachment rules they seek, it could cost Georgia’s EMCs and their member owners approximately $8.3 million every year (much of it coming from EMC members who would get no broadband service in return). As a not-for-profit, the only way for us to replace those lost dollars is to increase electric rates. This money grab could also make it more difficult for EMCs to create impactful broadband relationships, like Sumter EMC and Pineland Telephone Cooperative. 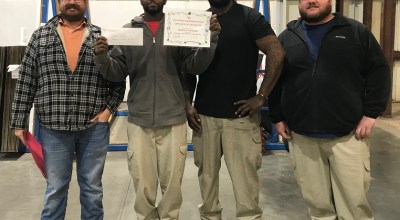 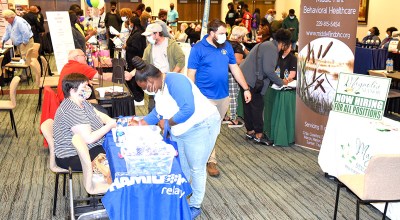