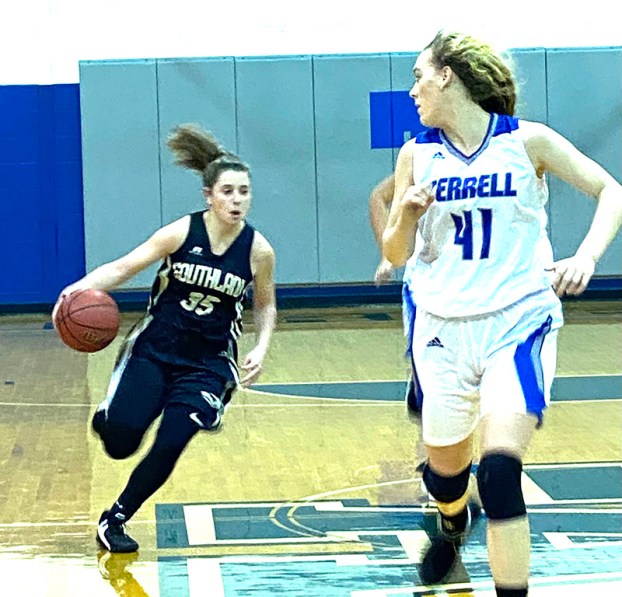 DAWSON, GA – By halftime, the Southland Lady Raiders (SAR) had a 25-14 lead over the Lady Eagles of Terrell Academy (TA), but in the third quarter, SAR took total control of the game by using their defensive pressure to force turnovers and score transition baskets. That third quarter dominance led to a decisive 43-25 win for SAR on Friday, December 4, at Terrell Academy.

For the Lady Raiders, it was their first win of the season and it was a good result after losing their season opener to Westfield in overtime on Tuesday, December 1.

“Even in our loss the other day, our effort was always there,” said SAR Head Coach Ty Kinslow. “Early in the year, sometimes we get some jitters out and working through some stuff. Defensive wise, we’re getting better defensively. The effort is always there, but we are understanding how to play off the ball. We’re really doing a good job of not only pressuring the ball. They (TA) got some stuff early on us and we got in foul trouble again. A couple of our seniors had to get out. Then when our younger girls got in there, they made great adjustments.” Kinslow was particularly pleased with the play of junior Ansley Weldon and credited her with bailing out the Lady Raiders in the first half. 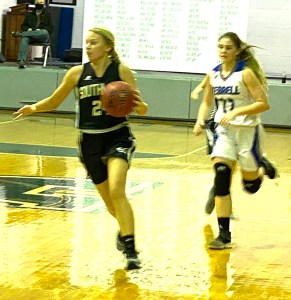 SAR sophomore point guard Riley Mitchell led the Lady Raiders in scoring with 21 points. “I tell you what. Riley, she’s our leader. She’s our floor general,” said Kinslow. “We have a lot of other girls, but she really took the game over when we had some girls in foul trouble and really played a great game for us.”

In addition to Mitchell’s strong play, the Lady Raiders got solid production from Morgan Weaver, who chipped in eight points. Ansley Weldon scored four points. Maddie Crisp chipped three points and Reese Roland, Jadie Burrell and Haleigh Warren each had two points. Holly McCain also made one free throw to round out the Lady Raiders’ scoring. 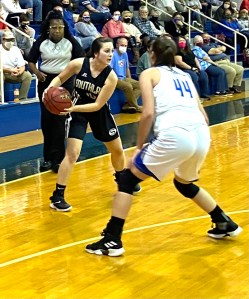 During the first few minutes of the game, it was an evenly matched affair, with the score tied at 8-8. However, the Lady Raiders went on a 6-0 run to take a 14-8 lead by the end of the first quarter.

SAR outscored the Lady Eagles 8-4 over the first few minutes of the second quarter to take a 22-12 lead and went into halftime up 25-14. From that point on, not only would the Lady Raiders not relinquish their lead, they did not allow their lead to get below double digits for the remainder of the game. 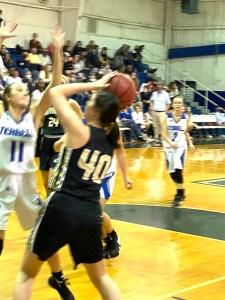 In the third quarter, SAR took total control of the contest. During the first few minutes of the quarter, the Lady Raiders outscored TA 10-5 to take a 35-19 lead. They did this by using their tough man-to-man defense to get stops and got points on transition layups. SAR was so dominant in the third quarter that they allowed TA to score seven points over the entire quarter. The Lady Raiders continued to limit the Lady Eagles’ offense for the remainder of the game and did not allow TA to make any type of a serious run.

Emilee Moore led the Lady Eagles in scoring with 10 points and Laiken Daniel chipped in nine points in the losing cause.

The Lady Raiders (1-1) will try to build on their success when they host Southwest Georgia Academy on Monday, December 7, at 6:30 p.m.