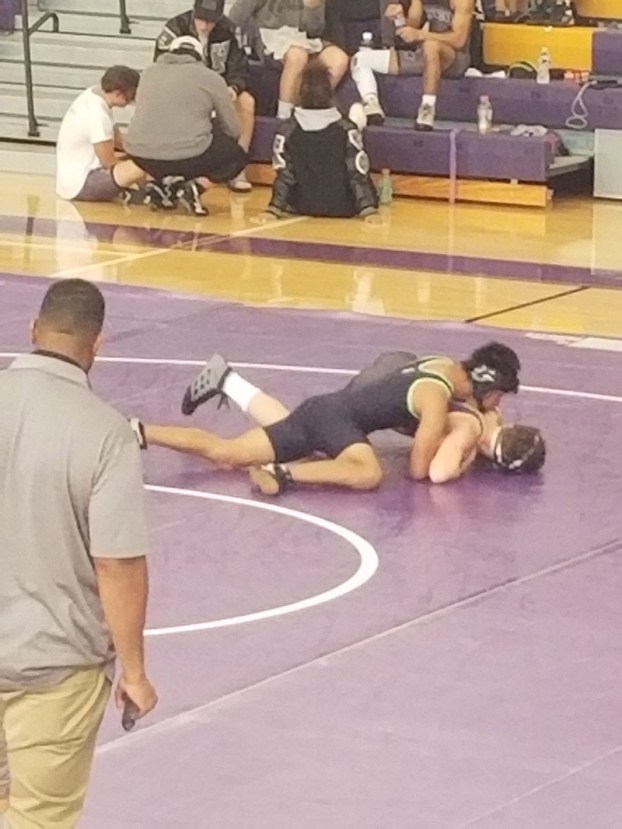 HAMPTON, GA – The Furlow Charter School Wrestling team (FCS) participated in its first wrestling tournament of the year on Saturday, December 4. The Falcons traveled up to Hampton, GA to compete in the Buzz Fest Tournament at Hampton High School.

FCS earned five victories with four pins and one hard-fought match. Senior Maya Wynn picked up a victory via pin while wrestling up a weight class throughout the tournament. Sophomore Edwin Gonzales progressed throughout the tournament and picked up his first victory this season. The Falcons also got a strong performance from senior David Lane, who won both of his matches via pins. Lane’s performance on the mat was a demonstration of his hard work paying off over the years. 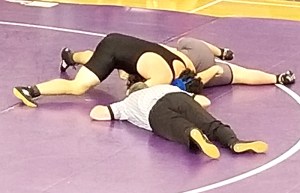 Furlow Charter senior Cody Arizmendi is about to pin his opponent to win the match.
Photo by Teresa Prater

Sophomore Jordan Brown gained valuable experience and showed toughness in his first wrestling tournament, as did freshman John Prater, who worked hard and showed growth in each match during the tournament. Senior Cody Arizmendi won his only match of the tournament via pin and displayed incredible tenacity after being challenged early in the match.

“I am extremely proud of our wrestlers, coaches, and families for the support with our first tournament. We are new again in wrestling and have only had two weeks of practice, but a lot of our wrestlers have worked hard to obtain enough knowledge and skills to compete,” said FCS Head Coach Brandon Mitchell. “Our seniors are the leaders of our wrestling team and have done an excellent job of building the foundation of the Furlow Charter School wrestling team. Our newest wrestlers showed promise and have done a great job at learning moves and working them at the tournament. We are trying to build the wrestling culture at Furlow Charter School and the team is growing closer together. We are going to get back to work this week and get 1% better everyday,” Mitchell continued. 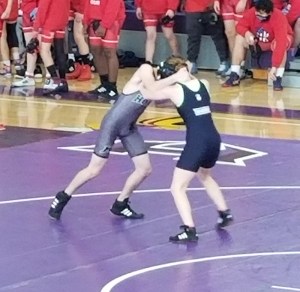 Furlow Charter senior Maya Wynn one a match by pinning her opponent.
Photo by Stephanie Wynn

Senior Cody Arizmendi, who won one match in the tournament, expressed gratitude and appreciation for the support of his teammates, coaches and family. “I had a very good team, family, and friends to help me and support me,” said Arizmendi.

Senior David Lane, who pinned both of his opponents to win his two matches, was happy to have the opportunity to compete in order to perfect his skills. “This tournament gave me the opportunity to put in some work on a few moves I’ve been practicing so I can continue to improve how I approach my opponent.”

DAWSON, GA – With a little under seven minutes left in the game between the Southland Academy Raiders (SAR) and... read more