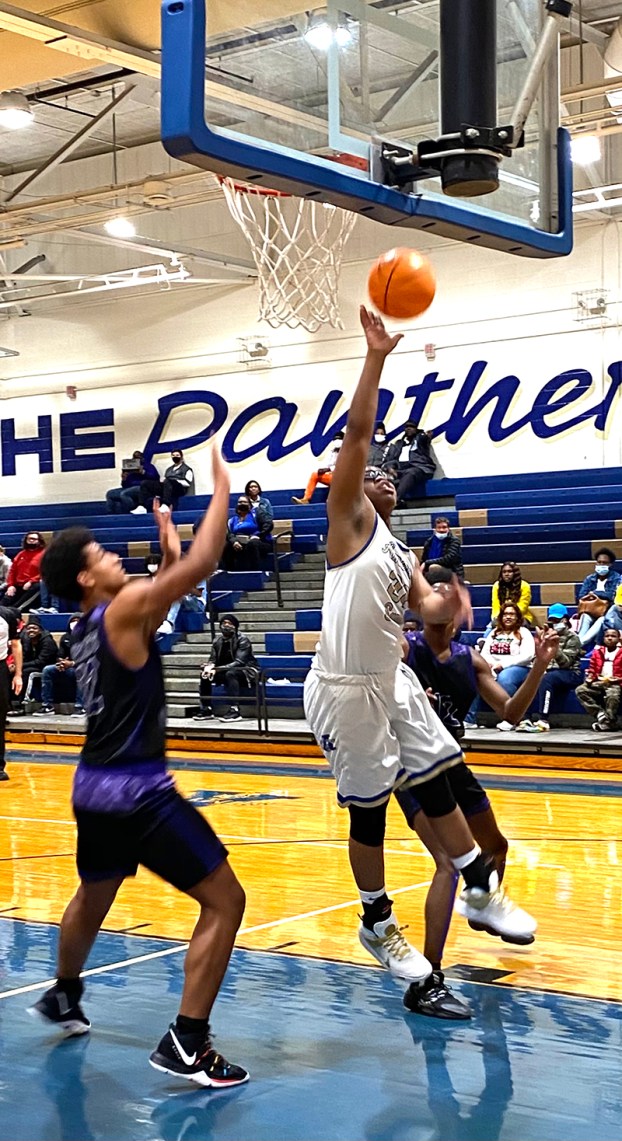 Americus-Sumter forward Devon Dowdell goes up to score. Dowdell led the Panthers in scoring with 13 points against Upson-Lee. Photo by Ken Gustafson

AMERICUS – Perhaps it was the long lay off due to the postponement and cancelation of the Peach County and Westover games last weekend.  For whatever reason, according to Americus-Sumter boys’ head basketball coach Johnny Genwright, his Panthers lacked energy in the first half of their Region 2-AAA contest against Upson-Lee (UL).  Fortunately for the Panthers, they found that missing energy in the second half.  ASHS turned it up a notch on the defensive end and controlled the offensive boards on their way to a 55-38 victory over the Knights on Tuesday, December 8, at the Panther Den.

The Panthers had three players score in double figures.  Devon Dowdell led ASHS in scoring with 13 points and Jordan Wiley poured in 11.  Darion Mitchell was also in double figures with 10 points. 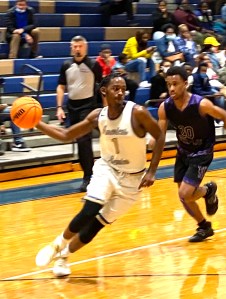 In the first half, both teams were evenly matched, but the Panthers went into the locker room at halftime leading 27-21.  During the third quarter, it was still a close game, with ASHS leading 35-30. 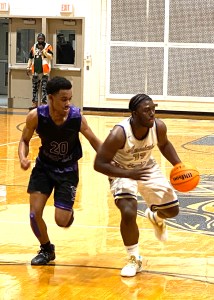 However, in the fourth quarter, things began to change. The Panthers took advantage of cold shooting by the Knights and went on a 12-7 run to take a 47-37 lead. During this period of the game, ASHS turned up the defensive pressure and forced UL into committing turnovers. They also dominated the offensive glass and were able to score second-chance points on offensive rebounds. The Knights were not able to make a last minute run to get back in the game and the Panthers went on to win 55-38.

Milique Smith led the Knights in scoring with 13 points. 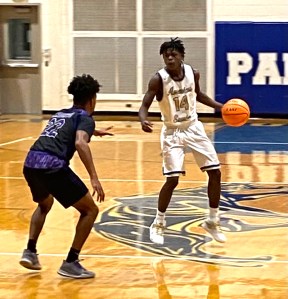 With the win, ASHS improves its overall record to 2-1 and 2-0 in the Region 2-AAA standings. The Knights fall to 2-2 overall and are now 1-1 in Region 2-AAA play. The Panthers will continue region play when they host Jackson on Friday, December 11, at 7:30 p.m.

Lady Raiders use first quarter explosion to put away SGA