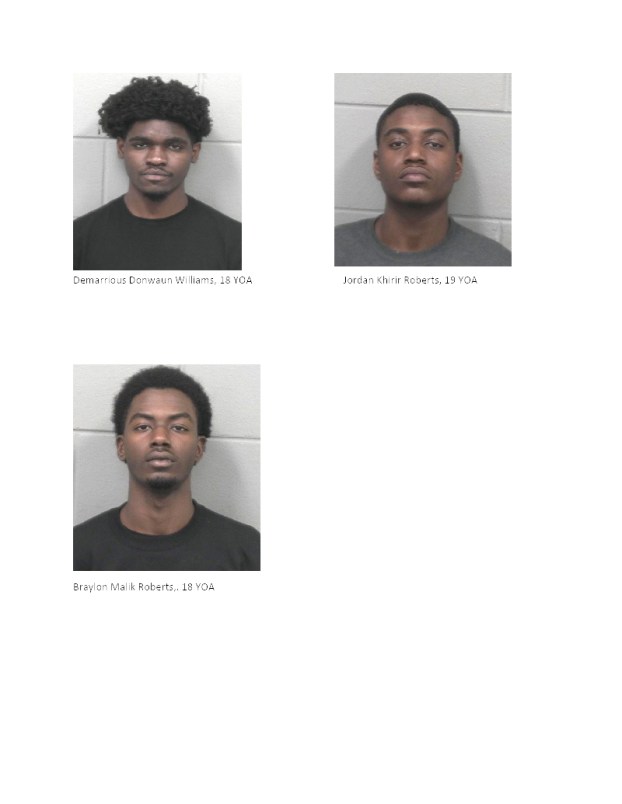 The Sumter County Sheriff’s Office has announced the arrests of three individuals in connection with the shooting of Eddie G. Brown in DeSoto on Saturday, December 12. Those three suspects are 19-year-old Jordan Kirir Roberts of DeSoto, eighteen-year-old Braylon Malik Roberts of Americus and eighteen-year-old Damarrious Donwaun Williams of Columbus. Photo by Sumter County Sheriff's Office

AMERICUS – On Monday, December 14, deputies from the Sumter County Sheriff’s Office and the Georgia Bureau of Investigations arrested three individuals in connection with the shooting of Eddie G. Brown on December 11, 2020 in Desoto, GA.

The individuals arrested are 19-year-old Jordan Kirir Roberts of Desoto. He is being charged with Felony Aggravated Assault and Possession of a Firearm during the Commission of a Crime.

Eighteen-year-old Braylon Malik Roberts of Americus and 18-year-old Damarrious Donwaun Williams of Columbus were also arrested in connection with the shooting and are both being charged with Felony Aggravated Assault.

All three suspects are currently being held at the Sumter County Jail. This is an ongoing investigation and authorities are still searching for additional suspects in the case. More information will be released as it becomes available.