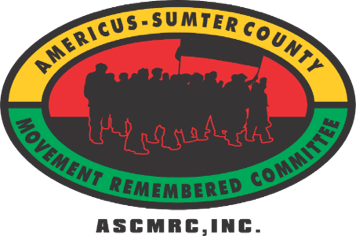 As we begin the new year, we do so with thanks and gratitude for the blessings the past year has bestowed upon our organization, and more importantly, what it means for the development of the Americus Civil Rights Center/Museum Project at the Colored Hospital.

As you all know, we are the recipients of two grants totaling nearly one million dollars from the National Park Service African American Civil Rights Preservation Fund. These funds are being used specifically for the restoration and preservation of the Americus Colored Hospital building. Our Grant Management Team has also applied for yet another grant from the NPS because we anticipate that construction costs will require twice the amount we have received thus far. We should expect the new round of grant awards will be announced in mid-March of 2021. Already listed on the Georgia Historic Building Registry, we recently applied for and expect to receive, National Historic recognition for the Colored Hospital as well.

Several months ago, upon interviewing at least three firms, the ASCMRC Grant Management Team (GMT), secured the architectural services of J.W. Robinson and Associates. Based in Atlanta, Georgia, they are a fifty-year old African American company that specializes in the rehabilitation of historic buildings, some of which include the Martin Luther King Birth Home, the Ebenezer Baptist Church, several historic structures within the Auburn Avenue Historic District, historic structures on HBCU campuses, and many more historic buildings throughout this state and beyond. As the lead partner in the rehabilitation project, the Robinson firm has given the ASCMRC assurances that they will seek, identify, and utilize the services of certified local sub-contractors, via a fair and equitable bidding process. It goes without saying that the ASCMRC is committed to a project that is community driven by the utilization of resources readily available within Americus and Sumter County.

As chairman, it has not been lost on me, the questions many of you have with regards to the construction timetable for the facility. Indeed, several months have passed since the first grant announcement, and one may readily assume that there appears to be little progress being made. I can assure you however, that indeed, there is. Because the hospital is officially designated as a “Historic Property”, there are specific mandated procedures that must be performed before any construction begins. Any attempts to evade, dismiss, or circumvent those procedures risks the loss of NPS funds needed to complete the project. These advance procedures required the services of several companies that perform property site surveys, environmental inspections, and testing for lead, asbestos, lead-based paint, and mold, all of which required removing samples from the building and sending them to test labs for evaluation. Another inspection revealed that there is sinkage at one end of the building which required soil testing of samples removed and identified for moisture content. Any undesirable soil will then be removed via an underground boring procedure, and a suitable material or support will be installed to support the building. This is the preliminary work that has been on-going since we acquired the services of the architectural firm.

Several weeks ago, we presented the architectural design team with the survey data we conducted among community committee members…our wish list if you will. This survey outlined how we imagined the existing use of space within a re-designed interior. The Robinson design team then provided computer generated renderings that defined each room within the facility. It begins with an expanded and open reception area, possibly in the round, upon entering the building. The existing three wings will be transformed to accommodate a combined “Permanent and Traveling” Exhibition Gallery, a large multi-purpose area that can be re-configured as needed via expandable room dividers, to facilitate numerous and varied functions. This would include banquets, a warming kitchen, conferences, meeting rooms, speaker’s forums, film and theatrical productions, a computer lounge, and an art workshop. In keeping with the illustrious history of the building’s original use as a hospital, there is space allotted for a “Colored Hospital” exhibit, which will appear adjacent to a functioning Community Health Clinic to conduct health screenings for county residents. This clinic will operate via a unique collaboration between the facility and the Phoebe-Sumter Hospital Authority. Additional space will provide for a small library, named for a prominent African American educator, a gift shop, a designated meeting/conference room that will bear the name of the Americus City Federation of Colored Women’s Clubs, and a staff administrative office with an adjoining secure space, complete with shelving/drawers for intake and storage of donated papers, documents, memorabilia and artifacts. There is a small downstairs basement area that will function as a darkroom with bench seating, to feature video recordings of oral history testimonies, photographic images, etc. Still more drawings will feature innovative outdoor landscaping complete with an amphitheater for summer outdoor teaching and performances, a ceramic tile sculpture created by local artists, a Memorial Garden infused with plants indigenous to South Georgia, and a community vegetable garden, similar to the one constructed and used by the hospital during its operation.

As a result of our weekly zoom meetings with the design team, we are close to an agreement on the final drawings. Upon that agreement, the GMT will share those renderings with the ASCMRC committee.

Finally, we have much to be thankful for as we usher in a new and promising year toward the fruition of this historic initiative that will benefit all citizens of Americus, Sumter County and Southwest Georgia. I cannot begin to thank you enough for the time, ideas, energy, and support you have afforded this project, to complete the task before us. It goes without saying that we would not be at this place, at this time, without you. Thank you, and Happy New Year.

Be well, be safe, be protected

The mission of the Americus-Sumter County Movement Remembered Committee is to establish the Americus-Sumter County Civil Rights Center and Museum at the Historic Americus Colored Hospital. Its committed purpose is to commemorate the Americus and Southwest Georgia Civil Rights Movement, by identifying, acquiring, and preserving all documentation of the Americus Civil Rights Movement, the Historic Colored Hospital and the African American Family history of Sumter County. The center will serve as a local, national, and international educational resource for civil and human rights. Equally important, the ASCMRC seeks to address and aid in the resolution of conflicts involving past, current, and emerging issues of racial inequality, social, political, and economic justice.

This is Lucy.  She is a Persian cat who went missing a few days ago and was last seen on... read more