Georgia US Senatorial results for Sumter and Schley County 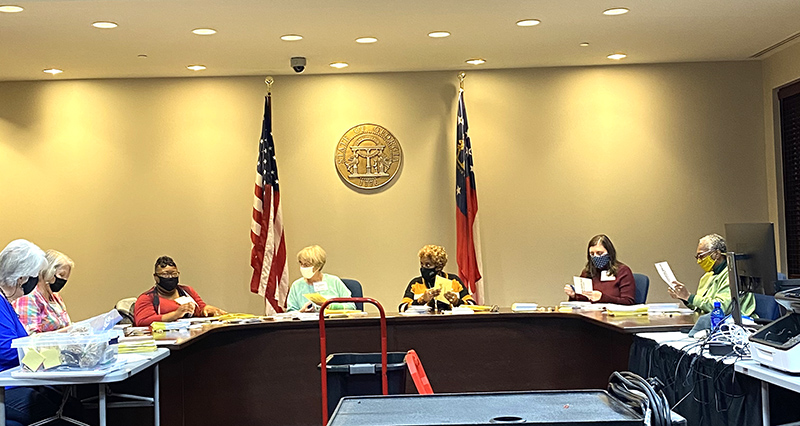 AMERICUS – One of the most anticipated dates in the year 2021 came early: Tuesday, January 5, 2021. It was the day in which the people of Georgia decided the political fate of not only their state, but America as well. After almost a month of early voting, during which at least three million Georgians cast their ballots, Election Day for Georgia’s two US Senatorial races finally arrived.

At steak was the results of perhaps the two most important elections in not only the state of Georgia, but the country as well. Republican candidates David Perdue and Kelly Loeffler ran against democratic candidates John Ossoff and Raphael Warnock respectively back in November, but none of the candidates won by a large enough margin (50 percent), which meant that two run off elections had to take place.

According to CNN’s political website, www.cnn.com/politics, should both Ossoff and Warnock win, the US Senate will be balanced at 50 percent between democrats and republicans, but in the event where a vote ends in a tie, Vice President Kamala Harris, who presides over the Senate and is a democrat, would have the decisive vote.

There is also a race for the position of Georgia Public Safety Commissioner between Lauren Bubba McDonald, the incumbent republican candidate, and Daniel Blackman, the democratic challenger.

With all 11 precincts in Sumter County reporting, as well as the lone precinct in Schley County, here are the final unofficial results: