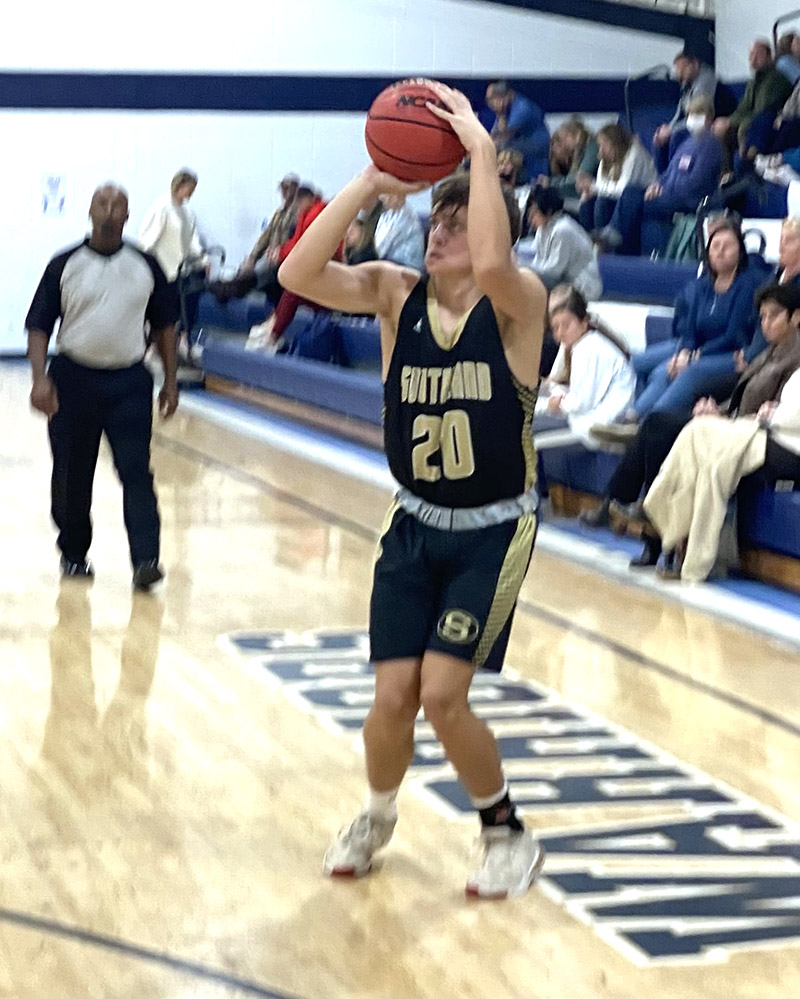 Southland Academy senior guard Owen Exley is about to make a three-pointer against SGA. Exley made four three-pointers and scored 19 points to lead the Raiders to victory. Photo by Ken Gustafson

DAMASCUS, GA – The Southland Academy Raider Basketball Team (SAR) wasted no time in enforcing its will against the Warriors of Southwest Georgia Academy (SGA).

During the game’s first half, the Raiders used their tenacious, high-pressure defense to force turnovers and generated points off those turnovers. Though the Warriors were able to make it somewhat interesting in the third quarter, the Raiders reasserted themselves and completely dominated the final eight minutes of play to secure a 67-31 drubbing of SGA on Thursday, January 7, at the Wayne Proffitt Jr. Gymnasium on the SGA campus.

“I thought we played pretty hard pretty much the whole game,” said SAR Head Coach Rundy Foster. “We had our moments where we mentally lapsed a little bit, but I thought for the most part, we did a pretty good job on defense. Our defense is going to propel us on the offensive end as well.”

The Raiders were scheduled to play Terrell Academy (TA) at home on Monday, January 4, but that game had to be canceled due to COVID-19 issues involving TA.

With the win, SAR improves to 5-3 on the season, while the SGA Warriors fall to 0-6. 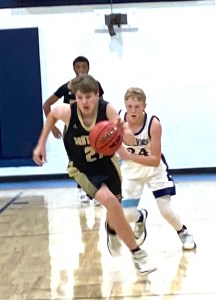 The Raiders jumped out to a 10-2 lead and maintained an eight-point cushion until Duke scored on a fast-break layup to give the Raiders a 16-6 lead.

SAR continued to use its defense to generate turnovers and points. By the 4:00 mark of the second quarter, the Raiders had a commanding 26-9 lead.

SAR continued to dominate on both ends of the court in the second quarter and Exley drained two of his four three-pointers in the quarter to help lead the Raiders to a 34-13 halftime lead.

However, the Warriors showed some fight in the second half. With about two minutes left in the third quarter, SGA pulled to within 15 points at 40-25 when Ty Williams drained a three-pointer. However, the Raiders responded by building their lead back up to 18 points on a three-pointer from Volley. 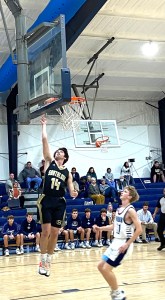 In the fourth quarter, however, the Raiders ended all hopes of a comeback by SGA. They outscored the Warriors 17-2 over the first five minutes of play to take a 61-27 lead. One reason for this fourth quarter explosion was the three-point shooting of Duke, Exley and Foster. Each one of them knocked down a shot from beyond the arc during this run. As a result of this fourth quarter onslaught, the Raiders were able to cruise to their fifth victory of the season.

Mac Broome led the Warriors in scoring with eight points.

Up next for the Raiders is a rematch with Glenwood (AL) at home on Saturday, January 9, at 6 p.m. In the first meeting between these two teams on back on Tuesday, December 29, at the Border Wars Tournament in Phenix City, AL, the Raiders fell to the Gators 53-43.

On Friday, January 15, the Raiders will get back into region play when they travel to Valdosta to take on Valwood. The start time for that game is scheduled for 8 p.m.