Hot three-point shooting by Patriots too much for Hurricanes 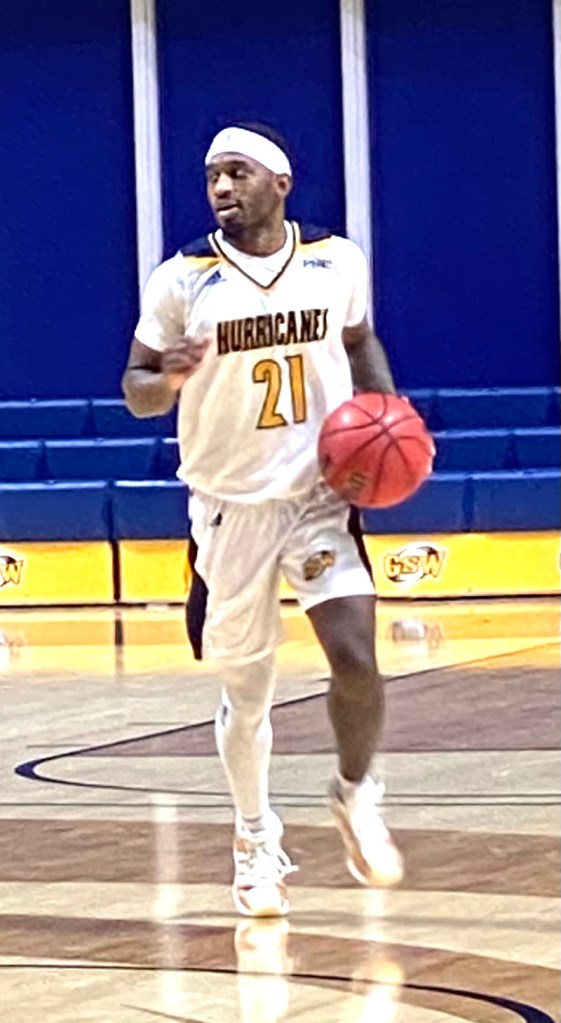 GSW senior guard Kahlon Whitely led the Hurricanes in scoring with 22 points and dished out a team-high five assists in the Hurricanes’ 88-74 loss at Francis Marion University. Photo by Ken Gustafson

FLORENCE, SC – After a strong showing by the Georgia Southwestern State University men’s basketball team (GSW) in its 84-73 win over Lander University on Wednesday, January 6, the Hurricanes traveled to Florence, SC hoping to earn a road victory against another Peach Belt Conference (PBC) opponent; the Patriots of Francis Marion University (FMU). However, the Patriots made 17 three-point shots, the most of any FMU team in the past three seasons, to help lead them to an 88-74 victory over the Hurricanes on Saturday, January 9.

GSW was led in scoring by senior guard Kahlon Whitley, who scored 22 points and dished out a team high five assists. GSW Forward Baris Ulker was also in double figures with 17 points and he grabbed a total of six rebounds.

GSW and FMU battled back-and-forth before the Hurricanes drew within single figures, thanks to a 12-3 run that made the score 32-26 in favor of FMU with 6:17 left in the first half. The Hurricanes pulled to within five at 38-33, but the Patriots found the hot hand in the final moments of the half when Holden Redparth drained a three-pointer as the buzzer sounded to send FMU to the locker room up 47-36.

The Hurricanes and Patriots battled back and forth during the first few minutes of the second half. However, FMU went on an 18-6 run and built and 82-60 lead. From that point on, the Hurricanes were unable to mount a comeback and fell to the Patriots 88-74.

The Hurricanes were held to 44.8 percent shooting, while the Patriots shot 49.2 percent from the floor, including going 17 for 37 from beyond the arc.

FMU junior forward Langston Gaither scored 26 points, dished out five assists and grabbed four rebounds. Redparth also had a great game for FMU. He scored 24 points, grabbed five rebounds and tallied four steals for the Patriots in the winning cause.