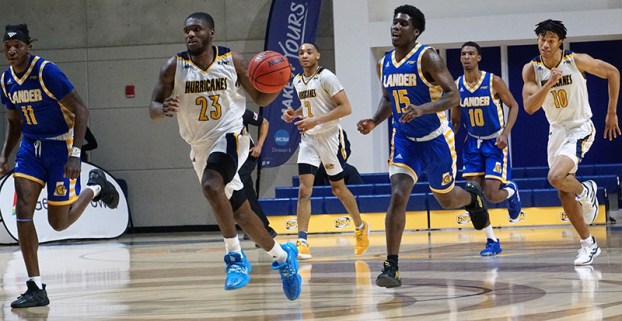 AMERICUS – The Georgia Southwestern State University men’s basketball team made the most of a 17-4 fast break points differential to run past Lander University (LU) for an 84-73 Peach Belt Conference victory Wednesday evening in the Storm Dome.

In a game that had nine lead changes, most of the back-and-forth took place in the first half. LU grabbed its largest lead of the night, 21-15, halfway through the opening period. The Hurricanes answered with eight unanswered points to regain the lead and eventually stretched the margin to nine points before settling on a 40-35 lead at the break. 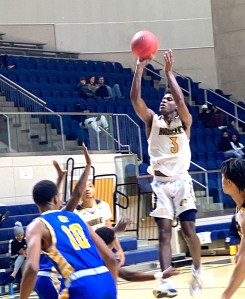 The Bearcats worked it back to an even game midway through the second half and took their last lead of the night, 61-60, with 7:21 left on the clock. However, the following three minutes were dominated by GSW in a game-defining 14-0 run. Donte Tatum started the rally with a three-pointer and added a three-point play near the end of the run to help provide the cushion GSW would maintain until the final horn.

Despite being outshot from long range, 33.3 percent for GSW compared to 36.7 percent for LU, the Hurricanes finished over 50 percent from the floor overall (28 for 54) for the second straight game. The Bearcats grabbed nine more rebounds (40-31) and dished out eight more assists (19-11), but the Hurricanes forced seven more turnovers (22-15). 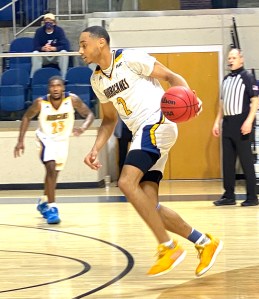 The Hurricanes (3-0, 1-0 PBC) were led by 23 points and nine rebounds from Tatum. Kahlon Whitley added 20 points and a game-high six assists. Devon Higgs sank 8 of 12 from the charity stripe and 2 of 3 from long range en route to his 18 points on the night. Higgs matched Tatum for the team lead in rebounds with nine.

The Bearcats (2-3, 0-1 PBC) had two players turn in double-doubles. Deon Berrien led LU with 16 points and 12 rebounds. DaJuan Moorer scored 10 and grabbed a dozen boards. In total, the Bearcats had six players score in double figures.

The Hurricanes return to action Saturday with a 3:30 p.m. game at Francis Marion.

ZEBULON, GA – It has been nearly a month of no basketball for the Americus-Sumter Lady Panthers (ASHS), but finally,... read more