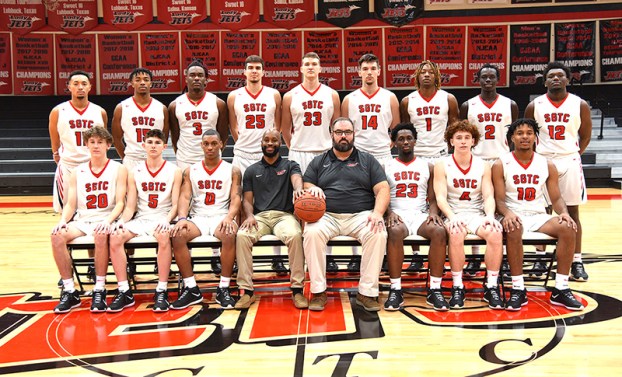 AMERICUS – The South Georgia Technical College (SGTC) Jets and Lady basketball teams are getting ready for the upcoming 2021 National Junior College Athletic Association (NJCAA) basketball season which officially starts on, Wednesday, January 20, with home games for both squads.  The season was postponed until 2021 due to COVID-19 concerns and will be abbreviated.  Fans can attend the games provided they utilize masks and social distancing.

“It has been a difficult road from March of last year when the National Tournament was cancelled because of Covid-19 until now,” said South Georgia Technical College Athletic Director and Lady Jets head coach James Frey.  “We have been in our own Covid-19 mini-bubble so to speak and the athletes have pretty much been in their dorm, the gym, or the cafeteria since August with the exception of Christmas break.

“The only times we have been off campus other than Christmas has been with the coaches, so it has been a very different time.  The student-athletes have done a fantastic job of doing what we’ve asked them to do daily.  We talked about it before they arrived on campus and told them in order to have a season, there could be only one priority other than academics and that was the safety of our team and campus.  They understood that and embraced it and we talk about it every day.  We have come too far to be complacent now,” added Frey.

The SGTC gymnasium bleachers have been roped off for social distancing and all fans are asked to wear masks and practice COVID-19 precautions during the season.  The gym is expected to limit attendance to about 35 percent of capacity.

“We are ready to get rolling.  We’ve had workouts since September 1st and practiced for 60 straight days from October 15 through December 15.  We’ve had a few scrimmages during that timeframe but there is nothing like the real thing.  Our team is excited and ready to play.  We as coaches are anxious to see how much progress we have made and where we stand.  With an abbreviated schedule we will need to make adjustments on the fly and our freshmen need to grow up fast,” explained Frey. 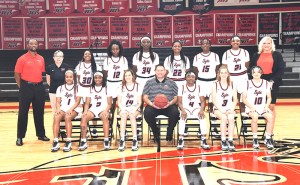 “We have six returners from that team that have been looking forward to getting back on the court,” said Coach Frey.  “We’ve got some great size in the post this season.  I’d be surprised if there is a bigger team in the country.  We’ve got five serviceable post players.  Our guards will determine what success we have this year.  We’re replacing 253 made three point shots from Anna McKendree, Yassriyah Wazeerud-din, Shamari Tyson, and Niya Goudelock.  All four are playing at Division I schools right now.  They will be very difficult to replace.  Our ability to make open perimeter shots is going to be key.  We have four or five young ladies who can shoot but they will have to prove they can be in the heat of battle.  If they can, we’ve got a chance to be very good.  If not, we will have to scratch and claw to win games,” said Coach Frey.

Returning for the 2021 season are sophomore point guards Veronica Charles from Benue State, Nigeria, and Moe Shida, from Hokkaido, Japan.  They will be joined by sophomore centers Flore Ngasamputu from Kinshasa, DRC and Femme Sikuzani from Goma DRC, and power forwards Hope Butera from Kilgali, Rwanda, and Sarah Lwambo from Goma, DRC.  Kamya Hollingshed from McDonough returns but she is currently recovering from knee surgery.

The other two sophomores that transferred in this season include shooting guard Imani McNeal from Locus Grove, GA; and shooting forward Niya McGuire from Monroe, LA.  She played at Tyler Junior College.  The freshmen joining the Lady Jets this season include:  Maikya Simmons from Stafford, VA; Abby Solway from Queanbeyan, Australia; Jaidyn Trevino from Austin, Texas; Tena Ikidi from Lagos, Nigeria.

Former assistant coach Chris Ballauer has been named the Interim head coach for the Jets this season.  Travis Garrett, who coached the Jets for five years, did not return for this season.  Chris Ballauer stepped in as Interim head coach and he will be assisted by Jaren Harris, a part-time assistant, who is working as a tutor for South Georgia Technical College. Ballauer has been with SGTC for seven seasons.  He coached the first season with the Lady Jets and has been the assistant coach for the Jets for the past six seasons.

“2020 has created a lot of changes in our college and our world.  I know it hasn’t been smooth sailing for everyone, but I’m certainly thankful and very blessed to get to be here at South Georgia Tech,” said Coach Ballauer, who added, “I am so very proud to have Jaren Harris as an assistant.  As a coach, you always want to surround yourself with good people.  I recruited Jaren to play for me and Coach Frey 12 years ago because he could bring a lot to our team back then.  He brings even more to our team now.”

The Jets struggled last season.  They were 6 – 10 in the GCAA and 12 – 18 overall and finished in seventh place in the GCAA.  They are currently seeded sixth in the GCAA pre-season poll for the 2021 season behind Central Georgia Tech, Georgia Highlands, South Georgia State, Andrew College, and Albany Tech.  Rounding out the poll behind South Georgia Tech are Gordon State, East Georgia State and Southern Crescent Tech.

Coach Ballauer is excited about the new season and his interim role.  “We have a wonderful group of guys both on and off the court,” said Coach Ballauer.  “Much like the women’s program, we’ve an international flair this season.  Our guys come from Australia, Servia, and the Czech Republic.  And we have a strong starting lineup and an incredibly deep bench.  All of these guys have the ability to be extremely helpful this season.”

There are only three players returning this season for the Jets.  They include guard Jordan Stephens from Macon, Georgia and forwards Tabais Long from Conyers, GA, and Jalen Reynolds from Darien, GA.  One sophomore transfer, Nikola Sasaroga from Novi Sad, Serbia, rounds out the sophomores.

Schley County football players are honored for their accomplishments in 2020

ELLAVILLE – It was a tumultuous year; a year like no other in our lifetime. However, in spite of all... read more