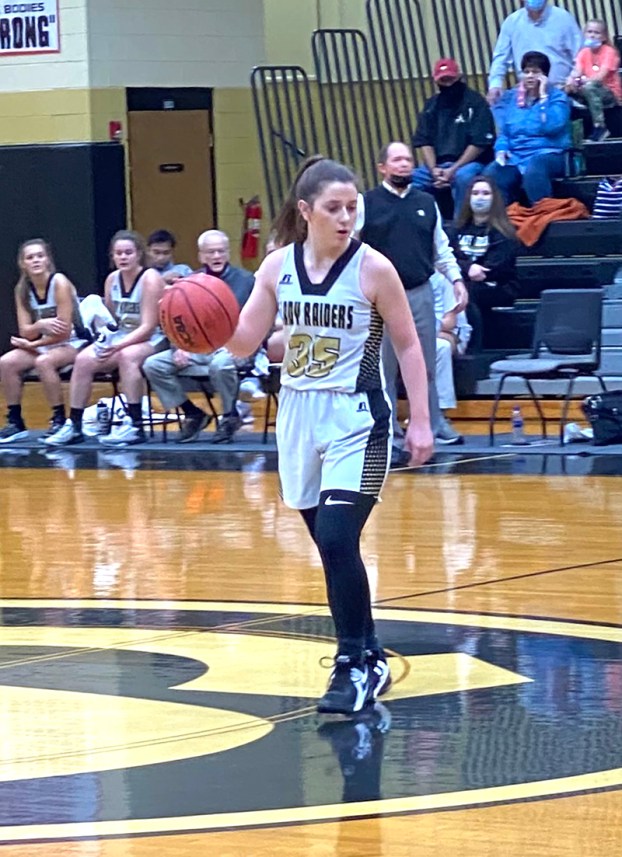 VALDOSTA – The Southland Lady Raider basketball team (SAR) imposed its will early and continued to do so throughout the game, as they thoroughly dominated the Lady Valiants of Valwood by the score of 46-9 on Friday, January 15, at the Valwood School.
Both Morgan Weaver and Riley Mitchell each scored 12 points and Mitchell also dished out five assists. In addition to the contribution of Weaver and Mitchell, Holly McCain scored four points, but was a force on the glass, as she grabbed 11 rebounds in the contest.
Maddie Crisp also turned in a strong performance for SAR. Crisp scored four points and pulled down seven rebounds. Both Haleigh Warren and Anslee Rooks each scored four points as well.
With the win, the Lady Raiders improve their overall record to 9-3 on the season and will try to extend their winning streak when they return to the friendly confines of Melvin Kinslow Gymnasium on Tuesday, January 19, to take on Tiftarea Academy. Tip off is scheduled for 6:30 p.m.