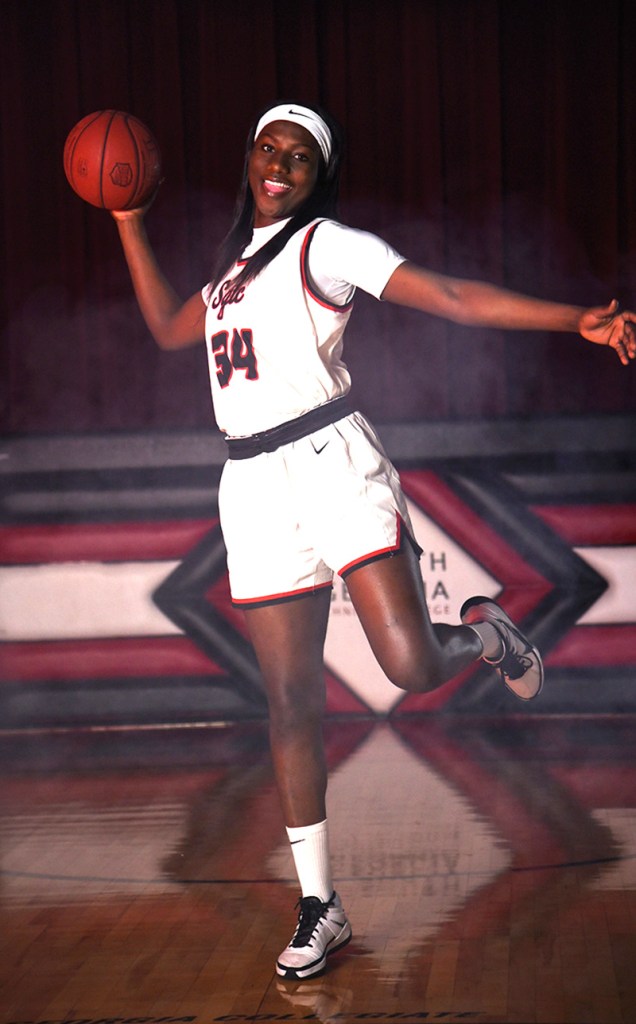 AMERICUS – The South Georgia Technical College (SGTC) Jets and Lady Jets will kick off the 2021 basketball season at home on Wednesday, January 20.  SGTC Men’s Interim Head Coach Chris Ballauer and his squad will be facing Tallahassee Community College (TCC), which was ranked nationally last season and is currently the top ranked JUCO team in Florida in the preseason polls.  That game starts at 7 p.m. and the Lady Jets open at 4 p.m. against New Horizons Prep.

TCC Head Men’s Basketball Coach Zach Settembre knows that his team, which ended the season ranked 12th in the nation, has a lot to prove.  “The preseason poll is a meaningless poll.  Obviously, we love it because it’s great respect and we love the fact we’re getting a little recognition, but we haven’t done anything yet,” said Settembre.  “We are 0 – 0 just like every team in Florida, every team in the country.  Our goal is much bigger than being #1 in the preseason.  We want to be there at the end of the year.”

Ballauer knows that this is a tough way for his squad to start a new season, but he is excited about the challenge.  “We know we have our work cut out for us,” said Ballauer.  “TCC has El Ellis returning from last year at the guard position and he is the top JUCO prospect in the country and has already signed with Louisville.  We know we have to stop him and we know we have to play all 40 minutes.  We can’t let up.” 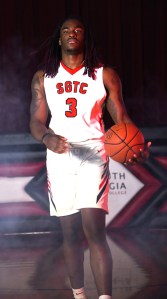 Jalen Reynolds (3) returns for the Jets at the forward position.
Photo by Su Ann BirdWhile Ballauer wants to give a lot of guys playing time in the first official outing Wednesday, he expects to see sophomore Jalen Reynolds, a 6’ 7” sophomore forward from Darien, GA, step up his game.  The Jets are a very young team and they are unproven.  There are only three players returning from last season, along with one sophomore transfer, but they are a tall team.

The entire team stands six feet or taller.  They have a lot of height inside with Reynolds and sophomore transfer Nikola Sasarog, a 6’ 8” forward from Novi Sad, Serbia.  The Jets also have two freshman forwards at 6’ 8”, Matija Millvojevic from Belgrade Serbia, and Radim Havel of Rouisnov, Czech Republic.   The Jets have 10 guards, but they are all freshmen except for returner Jordan Stephens, a 6’ 5” guard from Macon, Georgia.  Right now it looks as if freshman guards Will Johnson, 6’ 2” from Sydney, Australia, and Marvin McGhee, a 6’ 4” guard from Atlanta, Georgia, will see a lot of playing time.

The Lady Jets find themselves in the opposite position from the Jets.  They are the team that was ranked in a preseason poll and they have nine sophomores, eight returning and one transfer.  However, they will be missing some proven three-point shooters and ball handlers.

“We will take on New Horizon Prep in the opening game this season,” said SGTC Lady Jets Head Coach James Frey.  “We had a team drop out at the last minute, so we had to reschedule and this is the team that was available.  It will be a good test for the freshmen and will let us look at a lot of different players this first week.”

SGTC will allow fans in the gym following COVID-19 precautions, which include masks and social distancing.  The Lady Jets open at 4 p.m. and the Jets follow at 7 p.m.