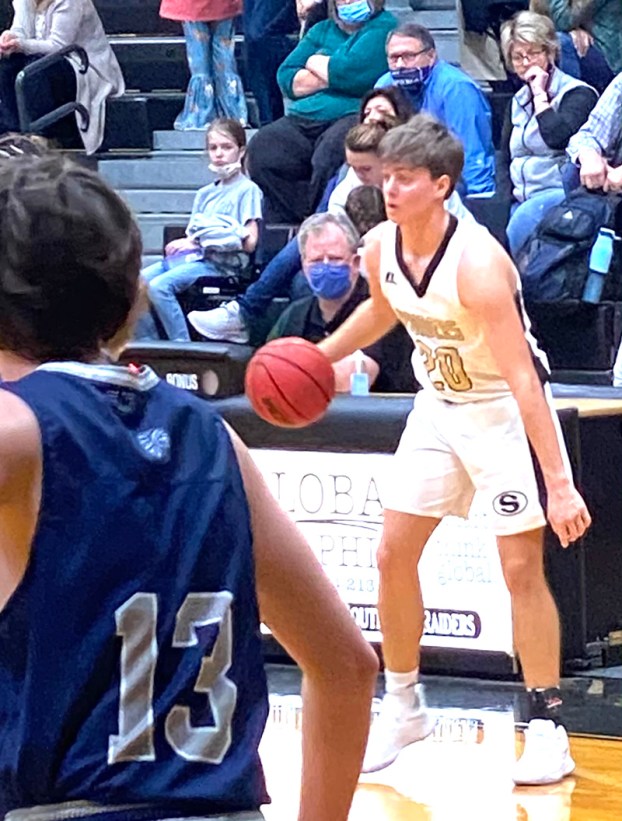 Southland Academy senior guard Owen Exley (20) scored 15 of his game total of 20 points in the second half to lead the Raiders to a 74-54 victory over Brookwood. Photo by Ken Gustafson

Raiders use offensive explosion in second half to overwhelm Brookwood

AMERICUS – Led by seniors Owen Exley and Max Foster, who each scored 15 second half points, the Southland Academy Raiders (SAR) went on a 10-0 run to start the second half and took total control of the contest on their way to a 74-54 GISA Region 3-AAA victory over the Brookwood Warriors (BKW) on Friday, January 22, at the Melvin Kinslow Gymnasium.

For SAR Head Coach Rundy Foster, the main difference was that his club did a much better job of moving without the basketball in the second half, as opposed to standing around and watching one player try to score against five guys which, in his opinion, happened far too often in the first half.

“I thought that we did a better job, especially in the third quarter, of moving the ball or moving ourselves,” said Foster. “I thought that in the first half, we did a lot of standing and trying to go one on one and they (BKW) do such a great job of help defense that you’re not going to get easy shots trying to do that.” 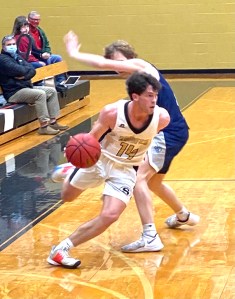 Exley, who led the Raiders in scoring with 20 points, came alive in the second half and seemed to try to put the SAR team on his shoulders. “He was the Region Player of the Year for a reason last year. I mean, he’s a good ball player,” said Foster. “When he’s playing well, when our three seniors are playing well, we can play with anybody in the state. I thought he (Exley) played as well as he could last game against Tiftarea and again, he played well tonight, especially in that third quarter.”

Foster went on to say that his club got into trouble in the first half when Max Foster picked up two fouls in the first quarter and didn’t play at all in the second quarter due to being in foul trouble. “That’s a big blow to our offense,” said Foster. “But, that being said, I thought we did enough defensively in the first half to keep us relatively close. We were only down five at halftime.” Foster added that once Max Foster got back into the game in the second half, the Raiders’ offense was more in sync and they were able to move the ball a little bit better. “I thought we spread them (BKW) out a little bit more and got the angles that we needed to get to the basket,” said Foster. “ When we get to the basket, we put the defense in a really precarious situation. We’re going to score. We’re going to get fouled, or it opens up people that can shoot the ball.” 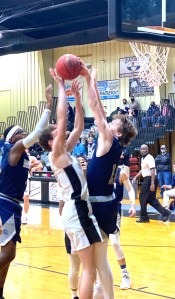 Southland Academy junior small forward Buddy Brady goes up for a rebound against Brookwood. Brady scored 12 points in the victory over the Warriors.
Photo by Ken Gustafson

In addition to Exley’s 20 points, which led all scorers, Max Foster came alive in the second half by scoring 15 of his game total of 16 points. Foster, who was silent from beyond the arc in the first half, drilled three three-pointers in the second half to help the Raiders gain control of the contest. Buddy Brady also turned in a strong performance for SAR by scoring 12 points and SAR point guard Nathan Duke poured in 10. In addition to the double figure scorers, Carmelo Volley and Carlos Tyson each scored six points and both John Henry Crisp and Chase Ledger each scored two points in the winning cause.

It was an evenly matched affair between both teams during the first quarter, but the Raiders were able to take an 11-7 lead by the quarter’s end. However, the Warriors responded by scoring six unanswered points to begin the second quarter, prompting Foster to call a timeout with 6:43 to go before halftime. 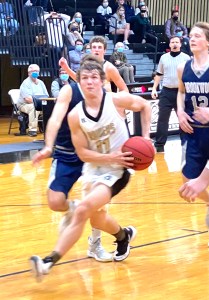 Out of the timeout, the Raiders tied the game at 13-13 when Hudson Collins drove into the lane and found Tyson for a layup. Throughout the remainder of the second quarter, it was a back-and-forth affair, but BKW was able to take a 26-21 lead into halftime. The difference in the scoring was mainly due to the fact that the Warriors drilled four shots from beyond the arc in the first half, while the Raiders, who are normally a strong three-point shooting team, only hit one three-pointer in the first half. That three-pointer was drilled by Buddy Brady in the first quarter. 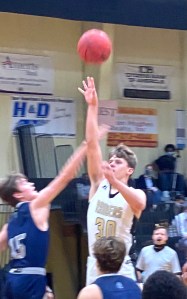 The Raiders came out on fire in the second half and went on a 10-0 run to take a 31-26 lead. Eli Murphy scored the first points of the second half for the Warriors to stop their scoring drought, but Exley responded with five straight points, including a three-pointer, to put SAR up 36-30. Then with 3:20 to go in the third quarter, Exley went to work again by driving the baseline and scoring. Having been fouled on the play, he was able to knock down the free throw to give the Raiders a 39-30 lead. 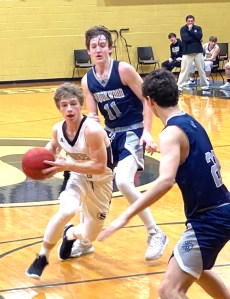 During this period of the game and well into the fourth quarter, the Raiders were dominating on both ends of the floor. They continued to play solid perimeter defense and stifled the Warriors’ ability to score. On the offensive end, the Raiders continued to drive the ball to the basket and they were able to knock down shots from beyond the arc. Max Foster, who scored only one point in the first half, came alive with three three-pointers in the second half. By the 4:46 mark of the fourth quarter, SAR was comfortably ahead 64-43, but the Raiders continued to be aggressive offensively. 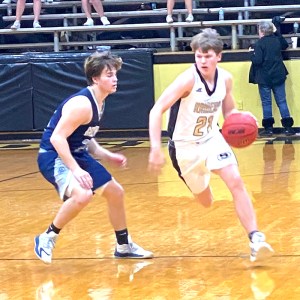 The big lead gave Foster the luxury of putting in his reserves during the closing minutes so that they could get some valuable experience. Both Greer Hagerson and John Henry Crisp each scored two points in the fourth quarter to contribute to the Raiders’ 74-54 win. 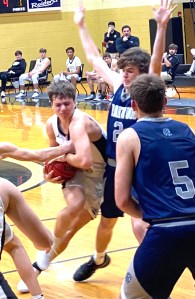 Up next for the Raiders is a road trip up to Perry on Tuesday, January 26, to take on the Hornets of Westfield. Tip off is scheduled for 8 p.m.