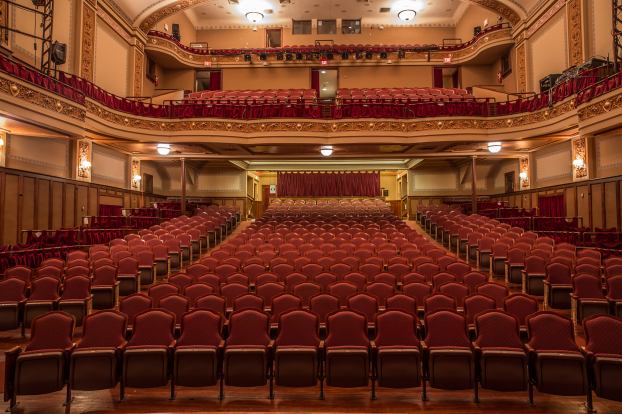 There’s a lot to celebrate, however, because of the COVID-19 pandemic and restrictions we can’t have an up close and personal celebration. Hopefully, we will be able to sooner than later what with the rollout of the vaccine.

The historic Rylander Theatre in downtown Americus is Celebrating a Century this year having turned 100 Thursday, January 21. The grand dame of historic buildings, the Rylander is a major fete of historic preservation within itself and is among Americus/Sumter County’s treasures. The building was literally falling down until a major effort to save it was put forth in the late 1990s that was successful.  The theatre reopened with great fanfare and klieg lights and a stellar lineup of celebrities on October 1, 1999, the 75th birthday of former President Jimmy Carter that was attended by hundreds of people from near and far.

Let’s give Heather Stanley, theatre director, a most deserving standing ovation for maintaining the building and addressing all its aches and pains and broken bones at times, along with selecting top notch programing that people of all ages enjoy today.

Stanley says instead of presenting one large scale gala to celebrate 100 years, the Friends of the Rylander’s presenter series performances will be part of a year-long celebration that offers an opportunity to make the celebration accessible to the entire community.

Unfortunately, because of the pandemic, the Rylander as well as other performing arts venues throughout the state and nation have been shuttered since last March. That’s almost a year.  Hopefully, the theatre will reopen for productions as soon as the restrictions are lifted. All January and February performances have been rescheduled for later in the year along with shows from spring 2020 as well.

So everything is “coming up roses” to celebrate the Rylander’s major milestone throughout the year; it is like having your cake and ice cream too.

Elsewhere, Sumter Historic Trust, the community’s historic preservation organization’s recent annual meeting was virtual and included the installation of officers and board of directors by Judge Rucker Smith along with a report of the 2020 accomplishments.

The Trust kicked off 2020 with lots of great cheer at the New Year’s Eve Celebration fundraiser at the Lee Council House, Trust headquarters. Everyone attending enjoyed music, food and fun as they rang in the New Year.

The Council Club, a social networking group that supports the Trust, kicked off their 2020 monthly meetings in January with a “chili cook off,” and in February observed Valentine’s Day with an Italian dinner party. Unfortunately, due to the pandemic, the Council Club ceased meetings.

In February the Trust joined others in Plains for the ribbon cutting and grand reopening of the Jimmy Carter National Historic Site (now Park).

The Trust’s story and mission was shared with the Americus Rotary Club and Kiwanis Club of Americus at their luncheon meetings in March. And members supported local historic preservation efforts at the cleanup of historic Shady Grove Cemetery in the New Era community.

The Trust congratulated the Americus-Sumter County Movement Remembered Committee Inc. regarding the almost million dollar grant awarded by the African American Civil Rights Program administered by the National Park Service that will be used to help restore the Americus Colored Hospital for a Civil Rights Center and Museum.

The Council House front porch railings and columns were repaired with a matching grant funds offered by the Americus Town Committee of the National Society of The Colonial Dames of America, Georgia Society.

In a joint partnership with Sumter Players renovation efforts are ongoing at the Christian Church on Taylor Street. The Mix Foundation contributed funds for this project.

Another partnership with the Four Corners Committee, the Trust secured funding from the Mix Foundation and the City of Americus to complete the gateway project at the corner of South Lee and Church streets. The beautification project includes signage welcoming people to the City of Americus and Americus Historic District. The project is expected to be completed in spring 2021.

Before the Barista: The Layers of 134 W. Lamar Street