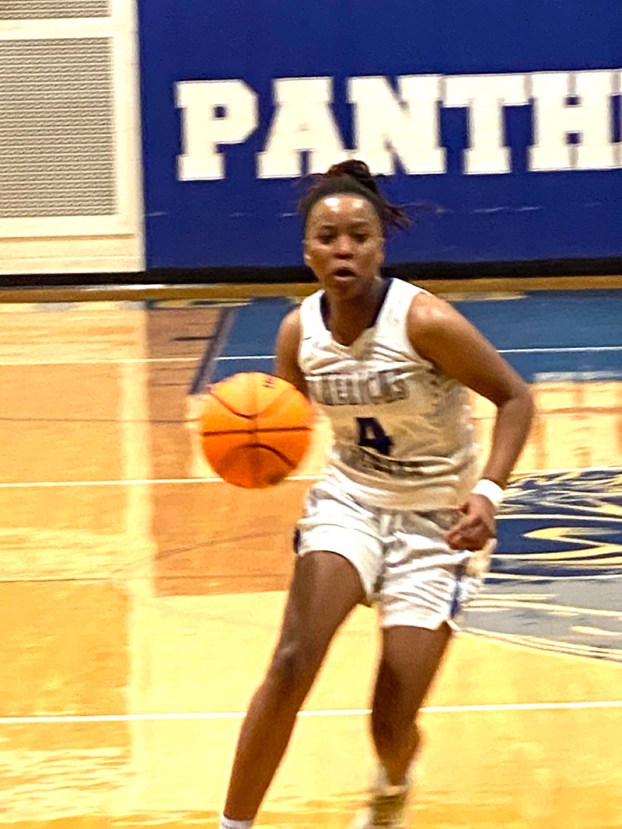 JACKSON, GA – The Americus-Sumter Girls’ Basketball Team (ASHS) was able to keep pace with Upson-Lee in the Region 2-AAA standings by defeating the Jackson Lady Red Devils 52-46 on Tuesday, January 26, in Jackson, GA.

With the win, the Lady Panthers improve to 10-3 overall and are in second place in the Region 2-AAA standings at 7-3. They trail the undefeated Lady Knights of Upson-Lee (10-0) by three games.

After three quarters of play, it was a toe-to-toe affair between both teams, with ASHS having a 34-33 lead by the start of the fourth quarter. However, Clemons scored eight of her 17 points in the final quarter to help lead her team to victory.

JHS senior guard Gabbi Cartagena led all scorers with 23 points and sophomore guard Kayla Bolston chipped in nine points in the losing cause.

The Lady Panthers will now focus their attention on this year’s second installment of the “Battle of the Flint” when they cross the Flint River into Cordele to take on Crisp County (CCHS) on Friday, January 29, at 6 p.m. In the last meeting between these two rivals, which took place in the Panther Den on Saturday, January 16, the Lady Panthers rolled CCHS 61-22.

Raiders extend winning streak to six with win at Westfield