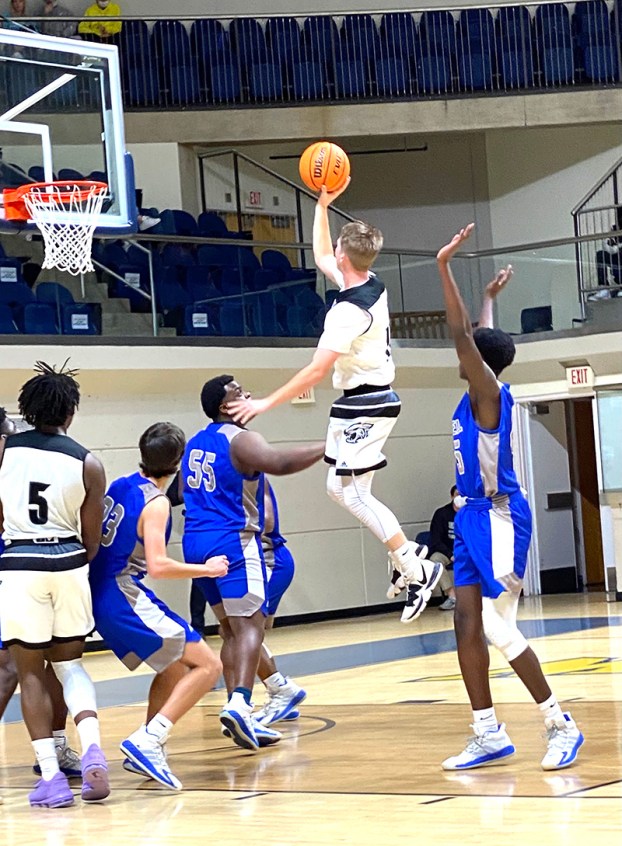 ELLAVILLE – With 58 seconds to go, the Schley County Wildcats (SCHS) trailed Macon County 49-48, but SCHS senior guard Dylan Taylor was able to score the go-ahead layup that ended up being the winning basket, as the Wildcats were able to hold on to defeat the Bulldogs 50-49 in a GHSA Region 5 A-Public contest on Saturday afternoon, January 30, at Schley County High School.

SCHS freshman guard JaLewis Solomon led the Wildcats with 18 points and Taylor chipped in 15, but none more important than the game winner.

The win vaults the Wildcats’ overall record to 3-4 and they are now 2-4 in the Region 5 A-Public standings.

SCHS stormed out of the gate in the first quarter and took an 18-7 lead. Solomon drilled two shots from beyond the arc in the first quarter and Taylor knocked down a three-pointer as well. The second quarter was evenly played between both teams, with each team scoring 14 points in the quarter, but the Wildcats would go into the locker room at halftime leading 32-21.

However, MCHS responded in the second half by outscoring the Wildcats 18-8 in the third quarter and only trailed 40-39 with eight more minutes to play. During that final eight minutes, both Solomon and Taylor came up big. Taylor knocked down his second three-pointer of the game and Solomon drilled his third, but the biggest basket of the game came on Taylor’s game-winning layup with 58 seconds to play.

The Wildcats will continue region play when they travel up to Greenville, GA on Friday, February 5, to take on the Patriots of Greenville High School. Tip off for that game is scheduled for 7:30 p.m.

From Staff Reports   CORDELE, GA – Unlike the last meeting between Americus-Sumter (ASHS) and Crisp County, which came down... read more