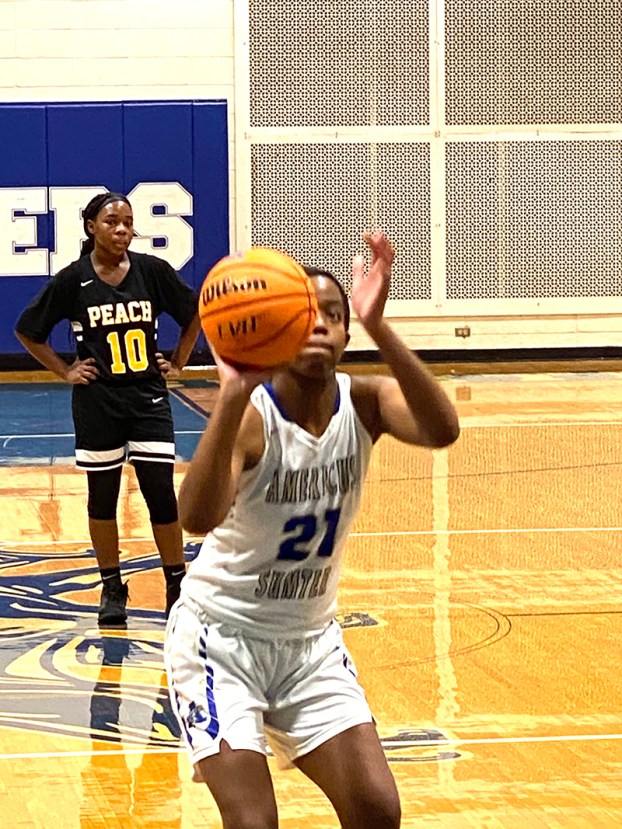 Jackson led ASHS in scoring with 16 points, including going 4 for 6 from the foul line in the third quarter. Goodman poured in 14 points and Sims scored 12 to lead the ASHS attack. Aviyonna Clemons almost reached the double-digit scoring mark with nine points and Natasha Jackson chipped in six in the winning cause.

With the win, the Lady Panthers improve their overall record to 11-3 and they are now in second place in the GHSA Region 2-AAA standings at 8-3. Last Friday’s win over the Lady Cougars also extends the ASHS winning streak to three games.

In the first quarter, things were evenly matched between both teams, with CCHS owning a 12-10 lead by the quarter’s end. However, the Lady Panthers came alive in the second quarter and outscored CCHS 18-11 to take a 28-23 lead at halftime.

ASHS had a 14-9 edge in the third quarter, but took the game over in the final stanza by outscoring the Lady Cougars 19-8 to take the 61-40 victory.

Adasia Lee led CCHS with 15 points and A’jada Brown scored 14 in the losing cause.

Up next for the Lady Panthers is a home game against Region 2-AAA opponent Pike County on Tuesday, February 2. Tip off is scheduled for 6 p.m.

Lady Wildcats fall by one point to Macon County

From Staff Reports   ELLAVILLE – While the Schley County High School Boys’ Basketball Team was able to edge out... read more