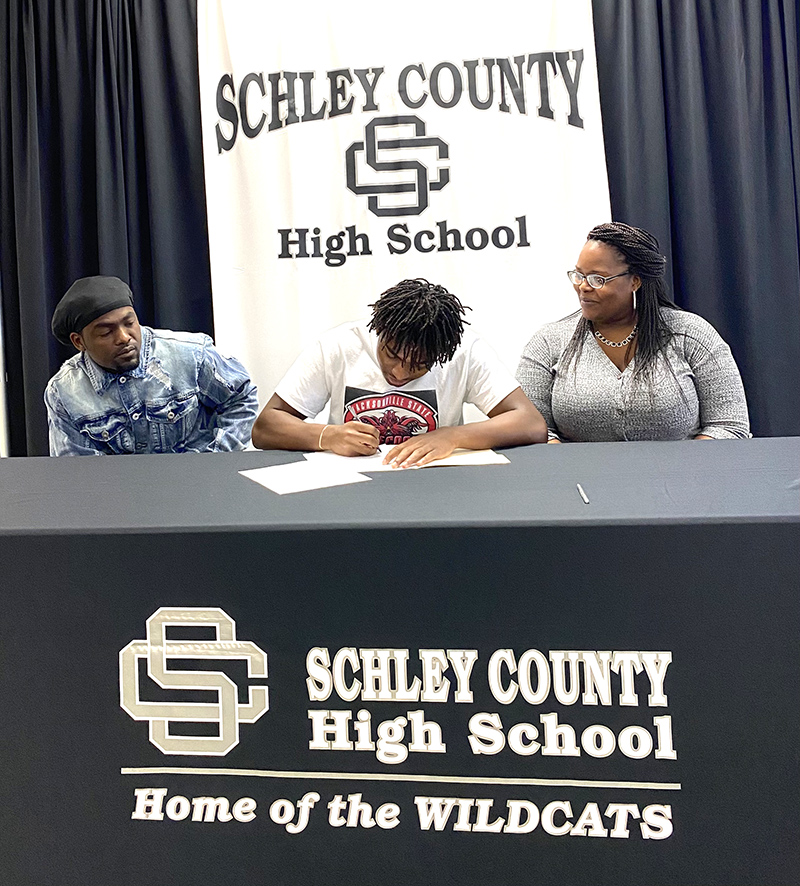 Schley County senior outside linebacker/athlete Zamon Ross (middle) signs his letter of intent to continue his education and play football at Jacksonville State University. Ross is flanked by his father, Corneilius Ross, on the left and his mother, Tieasha Ross, on the right. Photo by Ken Gustafson

Ross, who was a standout outside linebacker, strong safety and running back for the Wildcats, signed a letter of intent to continue his education and football career at Jacksonville State University, and FBS (NCAA Division 1-AA) school in Jacksonville, AL. Ross garnered interest from numerous Division 1 college football programs and received offers from Jacksonville State, Liberty University, Kennesaw State and East Carolina, but in the end, he decided to play for the JSU Gamecocks.

“It felt like home. It felt like I belonged there,” said Ross about Jacksonville State. He went on to say that the JSU coaching staff plans to use him as a strong safety during his freshman year and plans to move him over to linebacker after that. 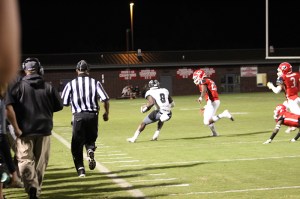 Schley County senior Zamon Ross (8) was used as a running back and wide receiver on offense and an outside linebacker and strong safety on defense for the Wildcats. He will primarily play on the defensive side of the ball for Jacksonville State.
Photo by Sheila DeVane

Ross is being recruited by JSU as an outside linebacker/athlete, meaning that he could play other positions on both sides of the ball. During his junior year at Schley County, Ross tallied a total of six tackles, had 0.5 sacks and one interception for 18 yards. On offense, he was mainly used as a running back. He rushed for 885 yards on 132 carries and scored nine rushing touchdowns.

According to stats from maxpreps.com, during his senior year as a strong safety for the Wildcats, Ross tallied one interception, two solo tackles and two assisted tackles, but most of his production came on the offensive side of the ball. Ross again was used mostly as a running back on offense. During his senior year, he rushed for a total of 556 yards on 83 carries and scored three rushing touchdowns. Ross was also used as a receiver in the SCHS offense at times. He caught 11 passes for 167 yards and two touchdown receptions. Ross says that the Gamecocks will use him strictly on defense, but should they be short at running back due to injuries or for other reasons, it might be a safe bet to assume that Ross could fill that void if needed. 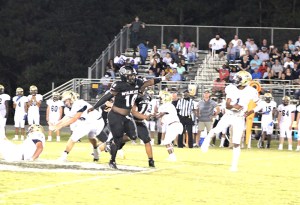 As far as academics are concerned, Ross plans to major in either Business or Engineering. At this time, he is undecided about what he wants to do after graduation if there is no more football left, but with either a business or engineering degree, he will have plenty of options.

Ross has had many enjoyable times while at Schley County, but according to him, it was when he received his first college offer.

Both Schley County defensive tackles Zavian Solomon and Josh Brown have also signed scholarships to play at the next level and both will be teammates at the University of The Cumberlands (UOC), an NAIA school in Williamsburg, KY.

In the end, however, he wanted to join his high school teammate at UOC.

Ross told the Americus Times-Recorder that what sold him on UOC was the “zero out-of-pocket costs”, as well as the campus itself. SCHS Head Coach Darren Alford also said that both Solomon and Brown really liked the UOC campus, as well as the coaching staff. According to Solomon, his best memory that he will take with him from Schley County is Coach Alford making the team run 10 100-yard dashes, but both Solomon and Brown also see the Wildcats’ 20-19 victory over Wilcox County last fall as a fond memory as well. At that time, Wilcox County was ranked #2 in the state in the GHSA Class A-Public rankings. 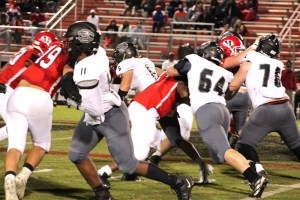 Schley County senior defensive tackle Josh Brown (11) is shown here trying to fight his way to the quarterback. Brown had one sack during the 2020 season and tallied a total of 41 tackles for the Wildcats.
Photo by Sheila DeVane

During his senior season, Solomon tallied a total of 25 solo tackles and 34 assisted tackles for a total of 59 tackles. Solomon also amassed four sacks and five quarterback hurries.

Solomon is considering majoring in Exercise Science at UOC and would like to go to graduate school after graduation to get a degree in the healthcare industry.

As mentioned earlier, Josh Brown will be joining Solomon at UOC. Brown was also offered a scholarship to Rheinhardt University and garnered some interest from Shorter, but in the end, he chose to join his high school teammate at UOC.

During his senior season, Brown had one sack for a 13-yard loss and had three quarterback hurries. He also tallied 16 solo tackles and 25 assisted tackles for a total of 41 tackles. Both Brown and Solomon will play on the defensive line at UOC.