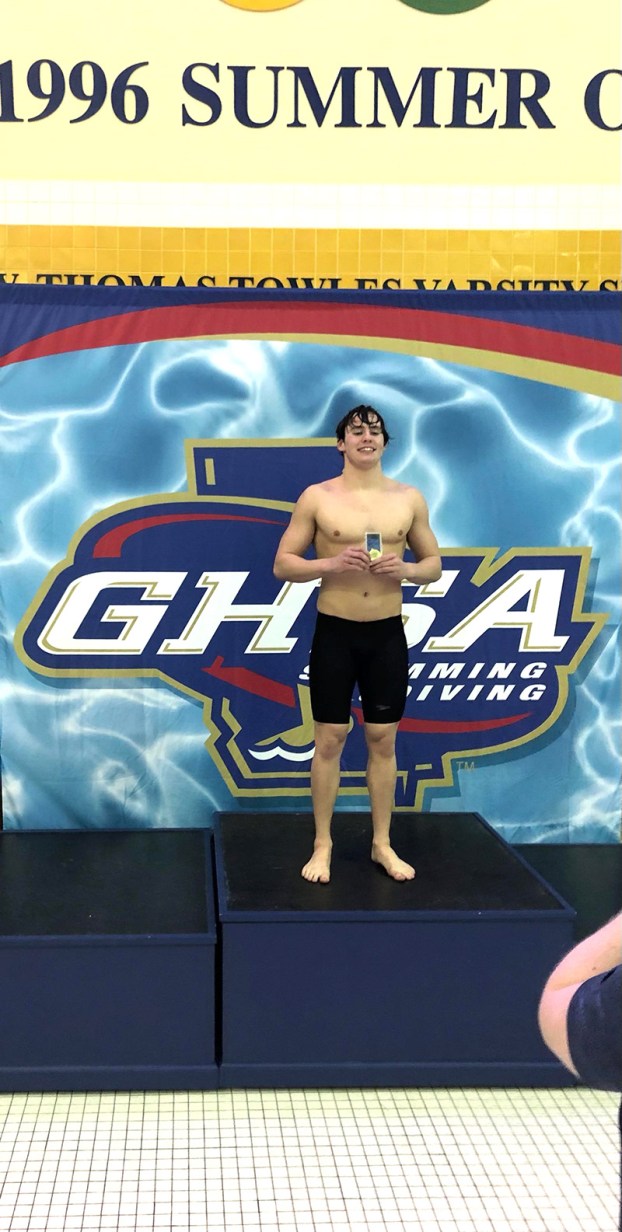 Americus-Sumter senior swimmer Antony DeMott captured the state championship in the Boys’ 100-Yard Butterfly event at the GHSA Class A-AAA State Meet in Atlanta on Thursday, February 4. DeMott, who set a new school record in the event (49.08), is the newest Americus-Sumter Panther to win a state championship in swimming. The last ASHS Panther to do that was Jamey Myers in 1989. DeMott also broke Myers’ school record of 51.03 in the 100-Yard Butterly. Photo by Tim DeMott

DeMott swims his way to state title for Americus-Sumter

The high school senior was the fifth fastest seed going into the meet after an abbreviated 2020-21 season. “I knew the other swimmers I would be racing, and I felt like I was capable of winning,” said DeMott after the event.

Swimming in lane 2, DeMott got off to a quick start and found himself in second place by the first 25 yards. At the 50-yard marker, DeMott had moved up to within five-hundredths of the leader—John Beamon of Mount Vernon Prep. By the last turn, the two were dead even and DeMott used his momentum to surge past in the last five yards to win by two tenths. His winning time of 49.08 is an Americus-Sumter school record, beating the mark of 51.03 set by Jamey Myers in 1989.

DeMott is considering a number of opportunities to continue his swimming career at the University level, but his first choice would be to secure a spot on the Georgia Bulldog roster. He also has his sights on qualifying for the U.S. Olympic Trials in June.