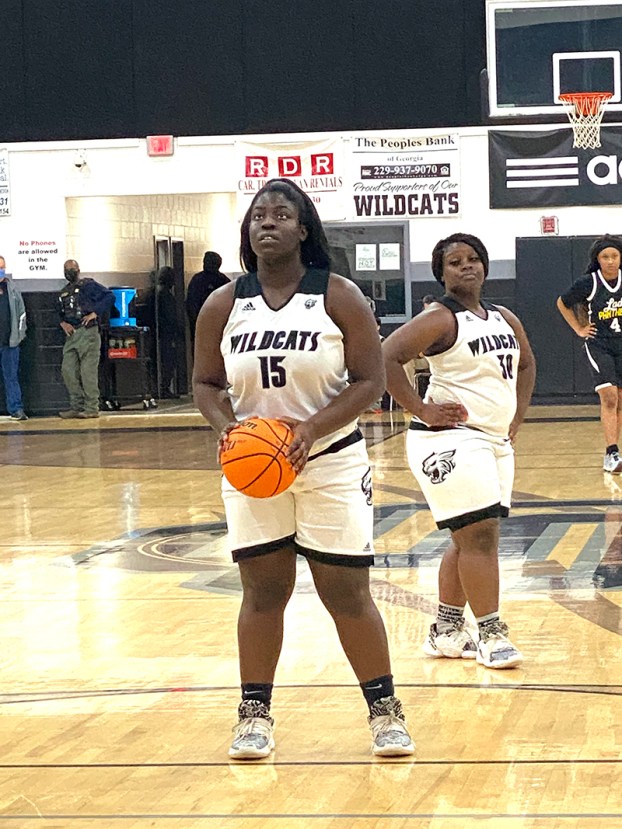 ELLAVILLE – The Schley County Lady Wildcats wasted no time in making the outcome of their game against Chattahoochee County (CCHS) a done deal by the end of the first half. SCHS was able to jump out to a big early lead and dominated the rest of the contest en route to a 58-25 win over the Lady Panthers in their regular season finale on Saturday, February 6, at Schley County High School.

“We started out in a 3-2 zone and then, we ran it “hot”, which means we’re trapping in the corners,” said SCHS Head Coach Cliff Royal. “They (CCHS) just didn’t pick it up, so we were able to make a lot of transition baskets. We wanted to get a big lead so that we could get our younger kids in during the fourth quarter.” 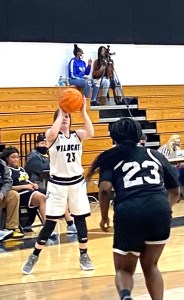 With the win, the Lady Wildcats finish the regular season with an overall record of 5-5 and a 3-5 record in region play.

SCHS jumped out to a 22-5 lead in the first half, thanks to the Lady Wildcats’ solid defensive effort and their ability to force turnovers. They were then able to score points off those turnovers, while limiting the Lady Panthers’ ability to score.

Schley County’s Jakayla Walker (20) scores a basket on the inside.
Photo by Ken Gustafson

In the waning minutes of the first half, both teams traded baskets, but the Lady Wildcats were still in control and led 31-12 at halftime.

Lilly Walker had a strong first half shooting the ball, as she was able to knock down two three-pointers. Solomon scored all of her 11 points in the first half to lead SCHS.

The Lady Wildcats went on a 10-0 run to begin the second half. With 3:42 to go in the third quarter, Darden Campbell drilled a three-pointer from the top of the key to cap off that run and give SCHS a 41-12 lead. The Lady Wildcats’ rout of CCHS continued in the third quarter, as the Lady Panthers continued to struggle on offense. By the end of the quarter, SCHS had a 49-16 lead. 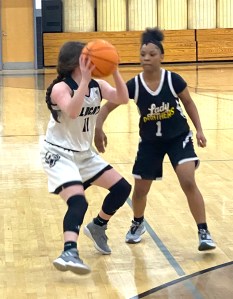 In the fourth quarter, the big lead allowed Royal to give his younger players some valuable experience. Emily Walker poured in five points in the fourth quarter for SCHS. Jakayla Walker was able to score on the inside and Liberty Justice also scored to help complete the 58-25 victory over CCHS.

The Lady Wildcats will now await their opponent in the first round of the Region 5 A-Public Tournament on Friday, February 12, at 6 p.m. Their first round game will be at SCHS and, while not definitely certain, it is expected that their first round opponent will be Stewart County.

AMERICUS – After their exciting and memorable 77-52 victory over Mary Persons on Senior Night the night before, the Americus-Sumter... read more