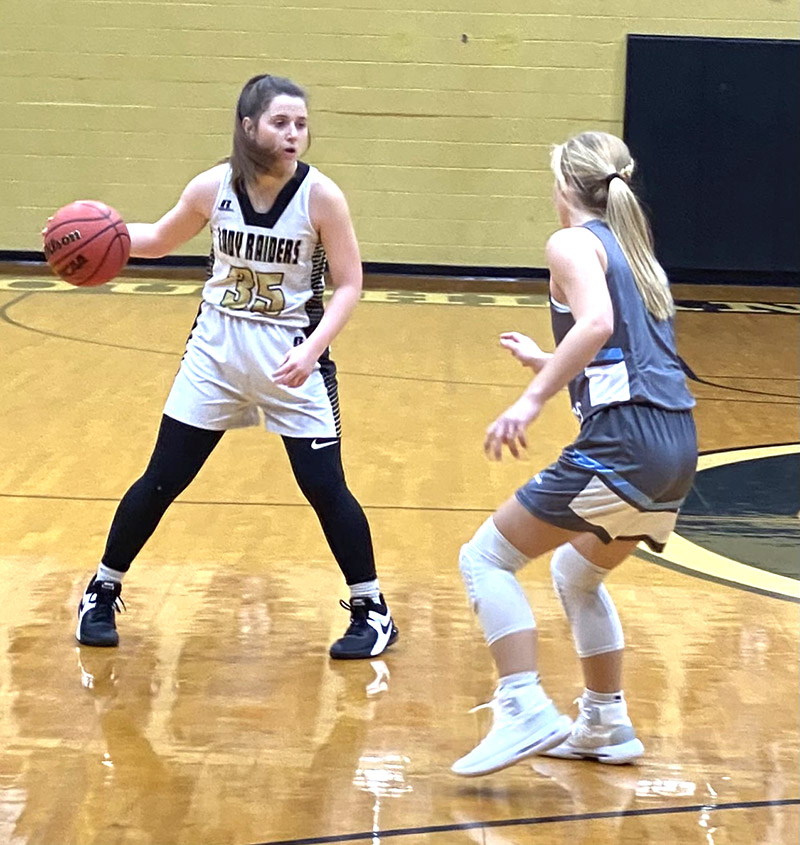 Southland Academy sophomore point guard Riley Mitchell (35) scored 16 points to lead the Lady Raiders to a 43-27 victory at Brookwood this past Friday in Thomasville. ATR Archive

THOMASVILLE – Thanks to SAR sophomore point guard Riley Mitchell’s 16 points, the Southland Academy Lady Raiders (SAR) won their contest over Brookwood by that exact point margin; 43-27. However, it wasn’t just Mitchell who contributed to the win. According to SAR Head Coach Ty Kinslow, it was an entire team effort.

“I’m really proud of the girls for their effort and intensity, especially after being off for a couple of weeks,” said Kinslow. “That win gives us a good seeding going into the region tournament.

Though she only scored four points, senior forward Holly McCain was a monster on the boards for SAR, as she tallied 12 rebounds on the night. Senior Reese Roland and sophomore Morgan Weaver also cracked the scoring column with two points each.

With the win, the Lady Raiders improve to 12-3 overall and are 4-0 in the GISA Region 3-AAA standings. They have one more regular season game before next week’s Region 3-AAA Tournament; their Senior Night home game against Valwood on Wednesday, February 10. The Senior Night ceremony will begin at 5:30 p.m., followed by the Lady Raiders’ regular season finale against the Lady Valiants at 6 p.m.

Volley and Exley lead Raiders in win over Brookwood