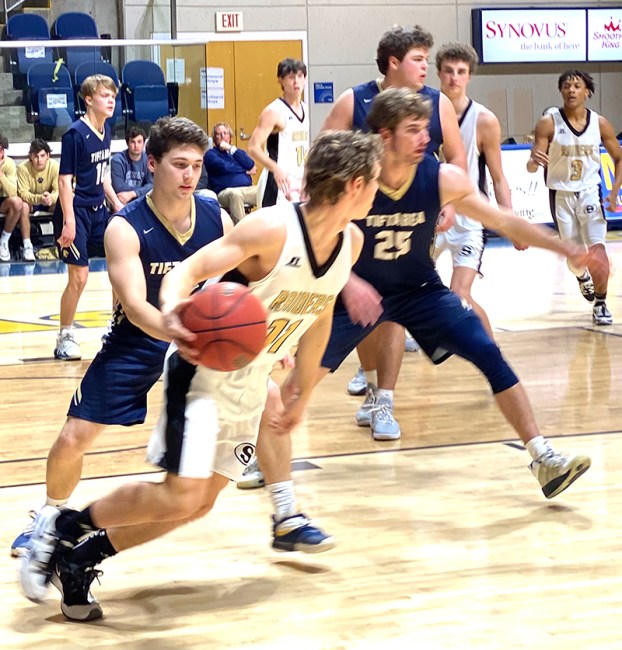 After a scoreless first half, Southland Academy senior shooting guard Max Foster (11) scored 20 points in the second half to help lead the Raiders to a come-from-behind 46-36 victory over Tiftarea Academy in the semifinals of the GISA Region 3-AAA Tournament. Photo by Ken Gustafson

AMERICUS – It has been proven over many years that teams win games and that teams win championships, but it is also true that one player’s performance can and will lift up the rest of his teammates and inspire them to perform at a high level.  That truth was clearly displayed in the second half of the Southland Academy Raiders’ GISA Region 3-AAA semifinal game against Tiftarea Academy (TA) on Thursday, February 18, at the GSW Storm Dome. During the first half, Foster was unable to score a single point, but in the first few minutes of the third quarter, he woke himself up, along with the rest of his Raider teammates, by drilling two back-to-back three-pointers, which brought SAR to within three points at 21-18. However, Foster’s early second half performance did more than just close the gap. It inspired his teammates and totally changed the momentum of the game.  From that point onward, the Raiders (17-3) outscored TA 28-15 in the second half and went on to defeat the Panthers 46-36 to book their spot in the region tournament finals against Brookwood on Friday, February 19.

The Warriors defeated Valwood 47-46 in the other Region 3-AAA semifinal game.

While the first half was a disappointing one for Foster and the Raiders, they were able to refocus at halftime and stay true to who they are.

“Know matter what happens, you’ve got to keep the same mindset,” said Foster. “I’ve had bad first halves before and no matter what, you’ve got the whole rest of the game to play. We’ve just got to keep pressing on. I know we were the better team and I know what I can do. Me and my team, we just went out there and we played a lot better in the second half than in the first half. I just kept the same mindset the whole time and didn’t worry about my poor performance in the first half.” 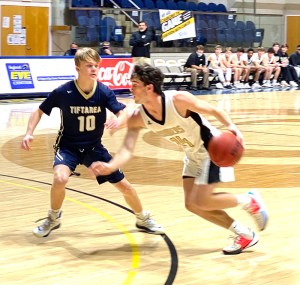 Foster ended up leading the Raiders in scoring with 20 points, all of them coming in the second half. For the game, he connected on four three-pointers. As a team, the Raiders hit only one three-pointer in the first half, which came from Owen Exley in the first quarter. However, the SAR sharpshooters came alive in the second half. In addition to Foster’s four made three-pointers, Exley drilled two more shots from beyond the arc for a team total of nine three-pointers. Exley scored a total of 14 points on the night, while Buddy Brady was able to chip in four. Hudson Collins scored three points and both Nathan Duke and Carmelo Volley each scored two points to round out the SAR scoring.

The Raiders struggled on offense in the opening quarter, while the Panthers were able to jump out to a 10-2 lead. At the 3:07 mark of the quarter, SAR Head Coach Rundy Foster called a timeout to try and get his team to regroup.

However, the Raiders continued to struggle scoring and didn’t score another point until Exley drilled the first of his three three-pointers with 2:22 left in the quarter, making the score 12-5 in favor of TA. TA guard Dylan Harbort then responded with a three-pointer of his own to put the Panthers back up by 10 at the end of the first quarter. 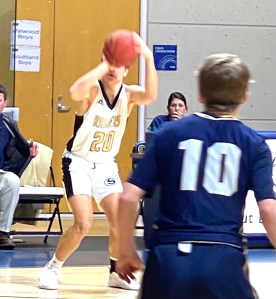 Southland Academy senior guard Owen Exley (20) is about to shoot. Exley scored 14 points, including three made three-pointers, to help lead the Raiders to victory.

During this period of the game, the Raiders were struggling to score points from both the inside and outside against the TA defense. They were also struggling on the offensive boards, as they were getting outrebounded by the Panthers.

During the second quarter, things weren’t much different. SAR continued to struggle on offense against the Panthers’ defense and would go into the locker room at halftime trailing 21-12.

“They (TA) did play good defense. We’ll give them credit, but I don’t think it was as much their defense as it was we were just off somehow,” said Foster. “Our shots weren’t falling. We weren’t making the stuff that we usually make, but luckily, we played two halves and we came out in the second half and got it done.”

Exley led the Raiders in the first half with five points, including his one three-pointer, while Hayden Murphy led the Panthers with eight first half points.

During the first minute of the second half, Max Foster came to life for the Raiders. Having not scored a point in the first half, he drilled two straight three-pointers to bring SAR back to within three at 21-18. Foster continued to come alive shortly thereafter by driving to the basket and scoring, bringing the Raiders to within one at 21-20. This was no doubt a momentum shifter in favor of the Raiders as SAR began to come alive in other areas. The Panthers were having an easier time scoring in the first half, but in the third quarter, TA struggled to make shots on the inside and the Raiders were doing a better job of rebounding the basketball. All of this would lead SAR to go on a 12-8 run, which was capped off by another three-pointer from Foster at the 1:13 mark of the third quarter. By the end of the quarter, the switch had totally flipped. SAR had taken control of the game and led 36-28 by the start of the fourth quarter.

However, the Panthers began to fight back in the early moments of the final eight minutes as Colson Stewart opened the scoring with a three-pointer. Harbort would later follow with another three-pointer to bring TA to within four at 38-34. This prompted Coach Rundy Foster to call a timeout with 5:36 left to put a stop to the Panthers’ run. 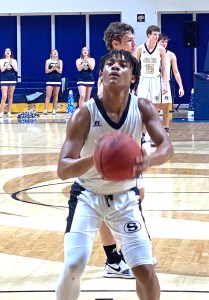 Out of the timeout, the Raiders decided to work the ball patiently around the perimeter for a good shot. Then with 4:12 left, Exley drove to the basket, got fouled and sank his first free throw. Exley missed the second one, but the Panthers were called for a lane violation, which allowed him to shoot a third foul shot. Exley made the third free throw to put SAR up 42-35.

Then with a little more than two minutes to play, Exley struck again with a three-pointer to put SAR up 45-35. From that point onward, the Panthers were not able to make a comeback and the Raiders would go on to win 46-36.

With the loss, TA falls to 6-11 on the season and will play Valwood in the Region 3-AAA third place game to determine who will be the third and fourth seed out of the region in next week’s GISA Class AAA State Tournament.

As for the Raiders, they will battle Brookwood (9-13) in the championship game of the Region 3-AAA Tournament on Friday, February 19, at the GSW Storm Dome. Tip off is scheduled for 8:30 p.m.