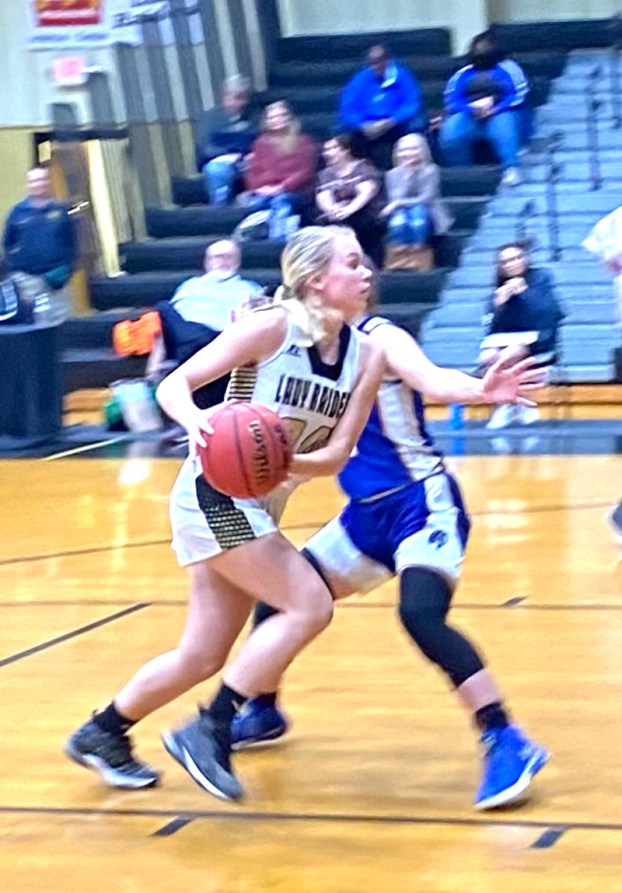 AMERICUS – In its first round game of the Georgia Independent School Association (GISA) Class AAA State Tournament, the Southland Academy Lady Raider Basketball Team (SAR) did what it has done all year against overmatched opponents. The Lady Raiders used their full-court press in the first quarter to force numerous turnovers and they turned those turnovers into points on their way to a 46-20 victory over Creekside Christian Academy (CCA) on Tuesday evening, February 23, at the Melvin Kinslow Gymnasium.

“We knew we had them outmanned, but you don’t want to take anything for granted in the state playoffs,” said SAR Head Coach Ty Kinslow. “We came out and we were on fire. We did just what we wanted to do; Go ahead and knock them out early and give everybody a chance to get some good, valuable minutes during a state playoff game.” 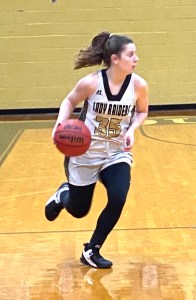 Southland Academy sophomore guard Riley Mitchell scored 11 points to lead the Lady Raiders to a 46-20 victory over Creekside Christian Academy in the first round of the GISA Class AAA State Tournament.
Photo by Ken Gustafson

Though the Lady Eagles were overmatched compared to SAR, the Lady Raiders did not treat them lightly, which is a testament to the maturity of the team, especially its senior leaders. “Our seniors have been playing for a long time and they were very focused on what we wanted to do,” said Kinslow. “We jumped out and had a good first quarter and in the second quarter, we knocked them out.”

Riley Mitchell led the Lady Raiders in scoring with 11 points and both Holly McCain and Haleigh Warren each had seven. Morgan Weaver was able to chip in six points and Maddie Crisp had five. The Lady Raiders also got point production from Reese Roland and Ansley Weldon, who each had three points. Anslee Rooks scored two points and both Brooke Weisner and Lauren Duke each made one free throw to round out the SAR scoring. 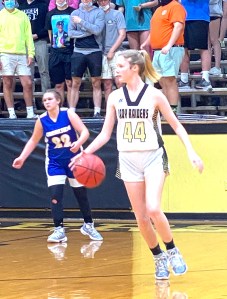 Southland Academy freshman guard Mary Beth Easterlin was able to get a steal against CCA in the fourth quarter.
Photo by Ken Gustafson

The Lady Raiders jumped out to a 5-0 lead in the first quarter before CCA called a timeout. However, that timeout wasn’t going to stop the SAR express. The Lady Raiders simply resumed their onslaught of the Lady Eagles. They played SAR basketball, which is using defensive pressure to cause turnovers and scoring points off those turnovers. The Lady Raiders jumped out to a 12-0 lead before CCA got its first two points of the game from Mackenzie LaVinka. By the time the first quarter was over, SAR had a 22-2 lead. 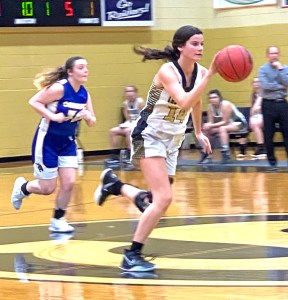 During the first six minutes of the second quarter, the Lady Raiders continued to stifle CCA’s offense, while they outscored the Lady Eagles 14-3. By halftime, SAR was comfortably ahead 36-5. 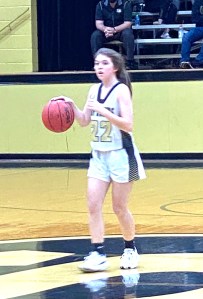 The big lead gave Kinslow the luxury of playing his younger players in the second half so that they would get valuable playoff experience, which will pay off down the road. Even with the big lead, the Lady Raiders still competed hard for the remainder of the game and were able to salt away the victory.

Miranda Knox led the Lady Eagles in scoring with 13 points and CCA ends its season with a record of 7-20. 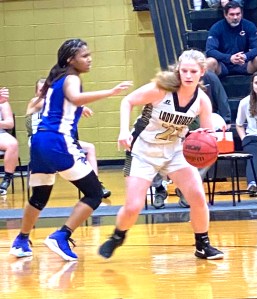 With the first obstacle in their quest for a state title behind them, the Lady Raiders (17-3) will now focus their attention on their second round opponents; the Lady Panthers of Tiftarea Academy (8-8). These two teams are no strangers to each other as they are both members of Region 3-AAA. 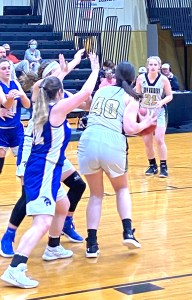 However, in their two previous meetings this year, the Lady Raiders came out on top on both occasions. SAR defeated the Lady Panthers 67-34 in Americus and 44-9 in Chula, but this third meeting is for advancement in the state tournament. Both teams will head up to Milledgeville, GA on Friday, February 26, to square off against each other at John Milledge Academy. Tip off is scheduled for 1 p.m.