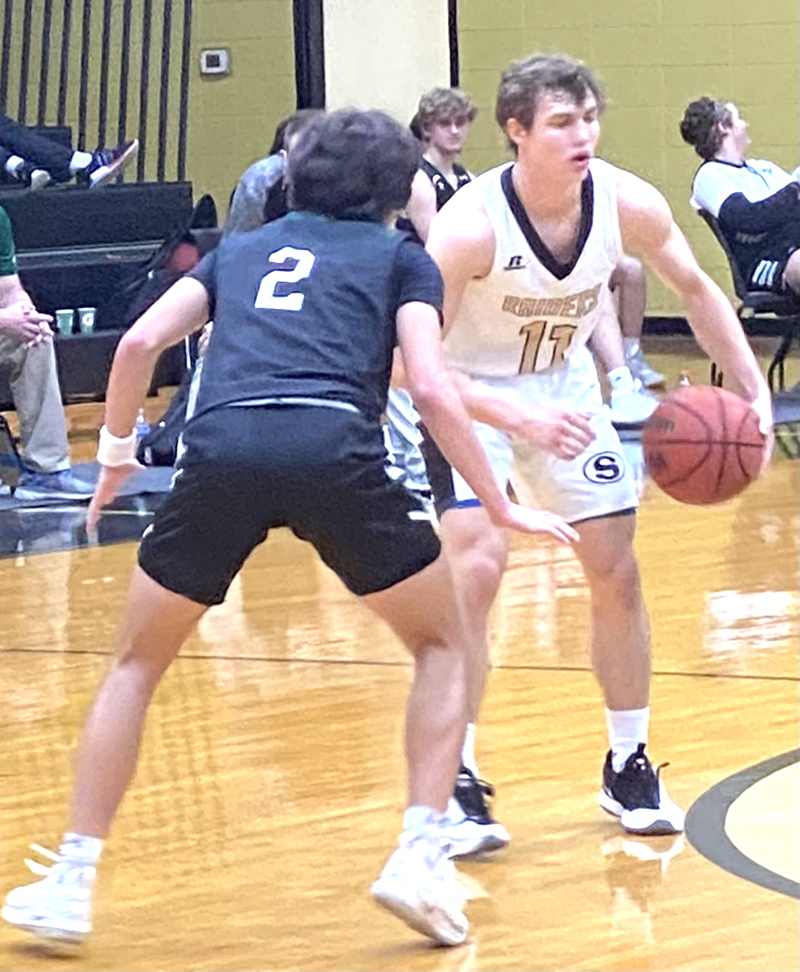 Southland Academy senior shooting guard Max Foster (11) set a new school record for most three-pointers made in a season (68) when he drained two three-pointers in the Raiders’ 54-43 victory over Trinity Christian Academy in the first round of the GISA Class AAA State Basketball Tournament. ATR Archive

AMERICUS – The Southland Academy Raiders (SAR) began their postseason quest for a state championship in boys’ basketball by defeating the Crusaders of Trinity Christian Academy of Dublin (TCA) 54-43 in the first round of the GISA Class AAA State Tournament on Wednesday evening, February 24, at the Melvin Kinslow Gymnasium on the Southland campus.

While earning the victory was the most important thing for the Raiders, SAR senior shooting guard Max Foster put on another record-breaking performance. On this night, Foster broke the all time school record for most three-pointers made in a season (68) when he hit two shots from beyond the arc against the Crusaders. The previous record was 66 three-pointers made in a season and it was set by former SAR star Nathan Greene during the 2006-2007 season.

SAR point guard Nathan Duke led the Raiders in scoring with 17 points and Buddy Brady was also in double figures with 10 points. In addition to scoring, Brady nearly had a double-double in this game as he grabbed eight rebounds for the Raiders.

According to SAR Head Coach Rundy Foster, some of the Raiders’ opponents, including TCA, have been trying to use a triangle and two defense to defend against the Raiders’ dynamic scoring duo of Foster and senior guard Owen Exley, but to no avail.

“We saw another triangle and two tonight. That is eight straight quarters of the other team doing whatever they can to stop Max and Owen,” said Coach Foster. “I felt like we responded a lot better tonight than we did last Friday. I was very pleased with how we responded after a little adversity in that first quarter down 14-10. We stayed poised and played pretty good defense after that first quarter.”

With the win, the Raiders improve to 18-4 on the season and will advance to the second round of the state tournament. They will travel up to Milledgeville, GA to take on Bulloch Academy on Saturday, February 27, at John Milledge Academy. Tip off is scheduled for 3 p.m.