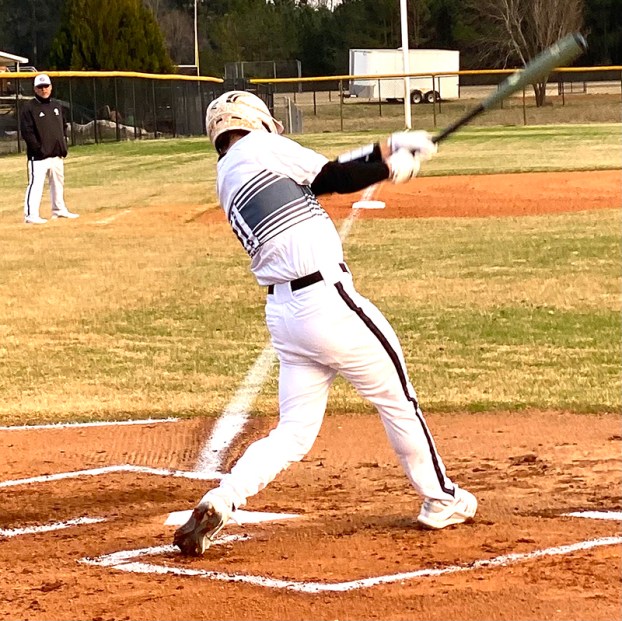 Schley County shortstop Dylan Taylor went 2 for 3 at the plate with four RBIs and two runs scored to lead the Wildcats to a 17-2 thrashing of Crisp County. ATR Archive

ELLAVILLE – Schley County shortstop Dylan Taylor went 2 for 3 at the plate and drove in four RBIs while scoring two runs of his own to lead the Schley County Wildcats to a 17-2 drubbing of the Crisp County Cougars on Wednesday evening, February 24, at the SCHS baseball complex.

With the win, the Wildcats remain undefeated at 4-0 and have now outscored their opponents 59-5 in those four games.

The Cougars jumped out to a 2-0 lead when Jack Carter belted a two run double off SCHS starter Athon Hines, but that would be it for the Cougars, as far as offense was concerned.

The Wildcats responded in the bottom of the first with seven runs on five hits and they were able to take advantage of three walks and three hit batsmen. SCHS then added three more runs in the bottom of the second inning as they took advantage of two more walks and two more hit batsmen. Hines was also instrumental at the plate in this inning as he belted a double to right field to get things going for the Wildcats.

With a 10-2 lead going into the bottom of the third, the Wildcats continued their onslaught against the Cougars. With two outs and runners on first and second, Carson Westbrook drove in Jack Clark on an RBI single. Taylor would later drive in Luke Pawlowski by drawing a walk and Trypp Lumpkin drove in two more runs on a double to left field., making the score 15-2 SCHS.

However, the Wildcats still weren’t done. They scored two more runs in the bottom of the fourth inning. Pawlowski drove in Ridge James on an RBI single and Andrew James drove in Clark for the final run of the game on a fielder’s choice.

In total, the Wildcats scored 17 runs on nine hits and committed one error, while the Cougars scored two runs on just one hit and committed two errors.

Hines went the entire way on the mound for SCHS. He gave up two runs on one hit, walked two and struck seven CCHS batters in four innings of work.

The Wildcats will try to stay undefeated when they host Perry High School in another non-region contest on Monday, March 1, at 6 p.m.

From Staff Reports   AMERICUS – The Southland Academy Raiders (SAR) began their postseason quest for a state championship in... read more