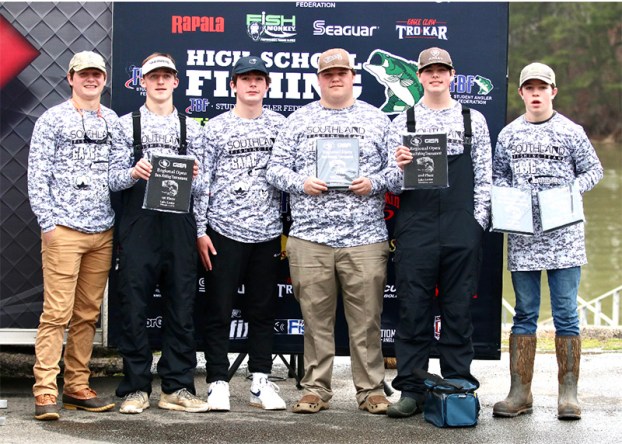 The Raiders competed against several other GISA and GAAP schools. Each team had three boats with two anglers on each boat and an adult boat captain. The duo of SAR anglers Chase Chapman and Fisher Britt finished in first place by catching five fish with a total combined weight of 14.07 pounds, with Chapman turning in the biggest fish; a 4.06-lb. spotted bass.

Competitive Fishing is becoming more and more popular at the high school and college level all over the country, so much so that high school anglers can earn college scholarships through fishing. With this reality in mind, SAR Head Fishing Coach Stephanie Chapman wanted to build up the fishing program at Southland this year.

“I was really excited to get the fishing team put together this year,” said Chapman. “I know there are some really great opportunities for members of a fishing team and shooting team to get scholarships now. They’re really big sports. That is one of the reasons that I was really hoping to get the fishing team up and running this year: to get some opportunities available for some of these kids in hopes that they will receive scholarships.”

The Raiders will now turn their attention to the GISA State Tournament to be held at Lake Oconee on Saturday, March 20.

From Staff Reports   ELLAVILLE – Four members of the Schley County Varsity Boys’ Basketball Team were selected to be... read more