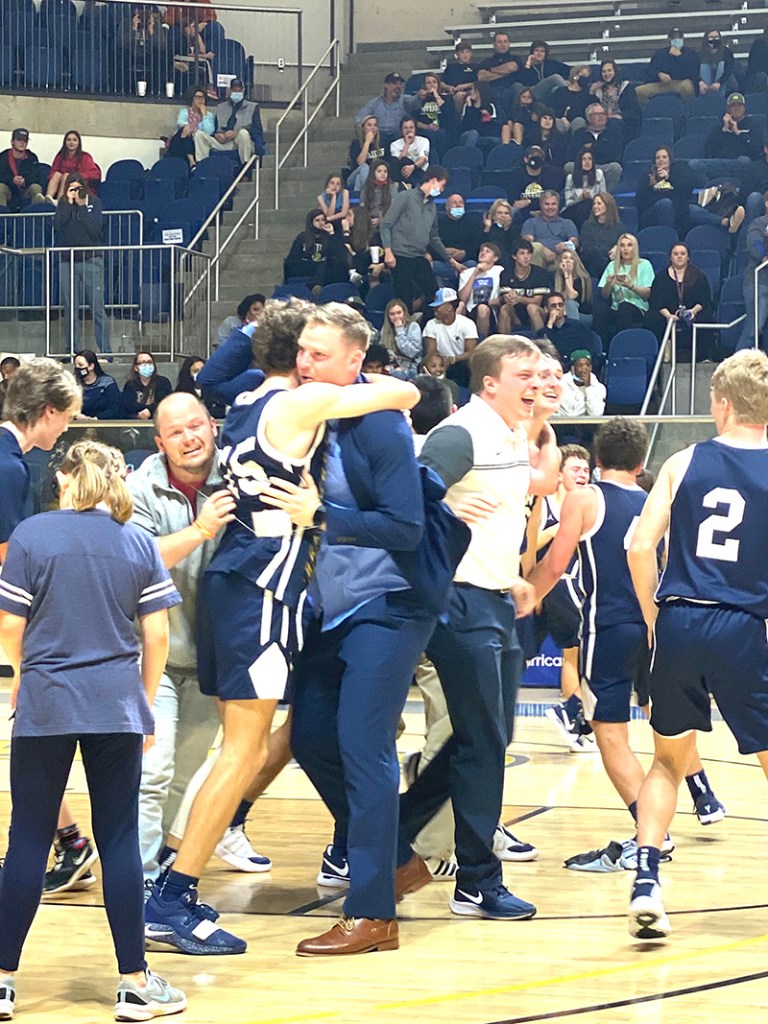 AMERICUS – The Georgia Independent School Association (GISA) Class AAA boys’ state championship game between John Milledge Academy (JMA) and Creekside Christian Academy (CCA) lived up to its billing. Both teams came into this game having had outstanding seasons, but only one would leave Americus as state champions. It would be a tough challenge for the JMA Trojans as they were facing a team in CCA that came into this game at 29-2 and had 6’7 senior center Shaquir Oneal, the son of former NBA star Shaqueal Oneal. Unlike his father, the younger Oneal cannot only score on the inside, throw down one-handed dunks and block shots, he can also drill it from beyond the arc. However, with all that being said, the Trojans were able to make the plays down the stretch that would lead them to a 60-55 victory over the Cougars in the GSW Storm Dome and earn JMA its first ever state title in boys’ basketball.

“It’s all the guys. We have guys that bought in completely this year,” said JMA Head Coach David Gallagher. “They played as a team on defense. They played as a team on offense and you saw that on the floor tonight for four quarters. We make the easy play. We share the basketball and for the most part, we try and do the smart thing and it worked out for us.” 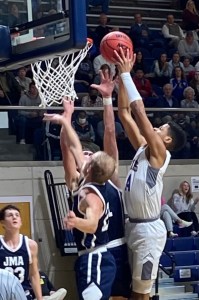 Three JMA players scored in double figures. Will Rutland led the Trojans in scoring with 18 points and drained four three-pointers. Patrick McDonel scored 16 points, including eight points in the fourth quarter. Marcus Prestwood was also in double figures with 13 points in the winning cause.  Jaylen Preister led CCA in scoring with 20 points and Oneal scored 11, including two three-pointers. 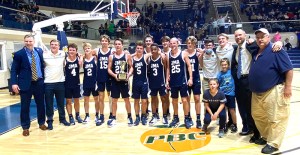 JMA got off to a dream start by building a 9-0 lead early, but over the remaining minutes of the first quarter, the Eagles responded with an 11-4 run, cutting JMA’s lead to 13-11. Both teams would trade baskets, but JMA guard Hunter Hudson was able to score and get fouled with five seconds left. Hudson made the free throw to complete the three-point play to give the Trojans a 17-14 lead at the quarter’s end. 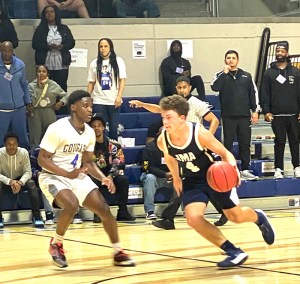 CCA guard Nasir Brown struck right away for the Cougars with a tying three-pointer, and over the next several minutes, it was a back-and-forth, run-and gun affair between both teams.

JMA was able to build a 32-27 lead, but in the closing minutes, the Cougars outscored the Trojans 7-1, with Brown hitting a jumper and giving CCA a 34-33 lead at the half.

During the second half, it continued to be a back-and forth affair between both games, which is what one might expect in a state championship game. With a little less than four minutes left in the game, the Trojans had a 50-48 lead until CCA got a steal and Chris Reddick scored on a fast break layup to tie the game. However, JMA struck right back as Rutland drilled his fourth three-pointer of the night with 3:23 left to give JMA a 53-50 lead. 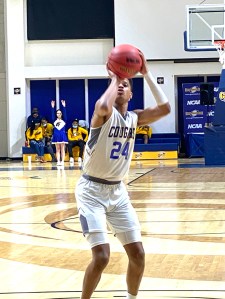 The Trojans would score another basket shortly thereafter, but with 1:07 left, Oneal drilled his second three-pointer of the night, bringing the Cougars to within two at 55-53. The Trojans had the ball with under a minute to play before almost turning it over, but they were able to maintain possession and Gallagher called a timeout with 35 seconds left. 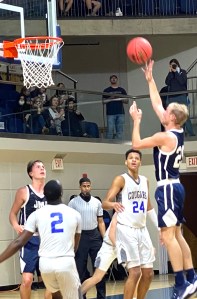 As in all championship games in every sport, one team’s thrill of victory is another team’s agony of defeat. “The hardest part for me is the feeling that my guys have right now because I know they’re hurt and disappointed,” said CCA Head Coach John Estes. “It’s a hard feeling, but we’re trying to learn from the loss and become better because of it. My guys played hard. They did not stop. I’m so proud of them and what they accomplished this season and what they accomplished for our school this year. They had a great season. Hats off to John Milledge. They played their game and did really well.” 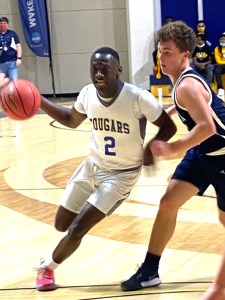 Here are the results from the other GISA championship games: