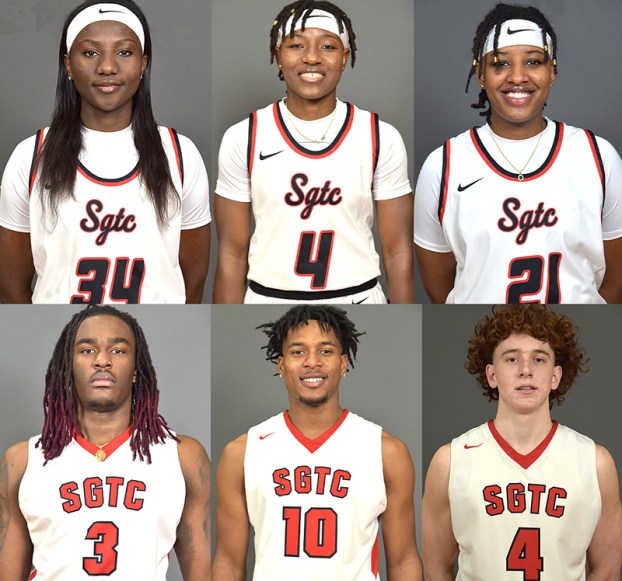 However, the Jets pulled off a two-game upset against the nationally ranked South Georgia State College Hawks last week to receive votes as honorable mentions as one of the nation’s top teams and sophomore 6’ 7” Jalen Reynolds retained his spot as the NJCAA Division I top rebounder in the March 8 polls.

The Lady Jets lost to the fifth seeded Jones College team on February 22 and then to 20th ranked Georgia Highlands back-to-back on March 5 and 6 in Rome, GA.  The Lady Jets were ranked as high as second in the nation and unbeaten but now with three losses they have slipped to 10th in the nation and second in the GCAA behind Georgia Highlands.  The Lady Chargers only conference loss this season came to South Georgia Tech.  They are 8 – 1 in the GCAA and 13 – 2 overall.  The non-conference loss was to the top-ranked Chipola team in a 91 – 78 contest in their first game of the season.

In addition to receiving votes as two of the top teams in the nation, the SGTC Jets and Lady Jets each had players spotlighted nationally for their individual play.  Sophomores Veronica Charles, Femme Sikuzani, and Hope Butera were recognized for the Lady Jets, while sophomore Jaylen Reynolds and freshmen Marvin McGhee and Will Johnston were the Jets who received national recognition.

Reynolds was the top rebounder in the nation for the second week in a row in the March 8, 2021 NJCAA Division I rankings this week.  He has 199 rebounds in 16 games.  That includes 71 offensive and 128 defensive.  The second place rebounder only has 183 over 13 games.

Joining Reynolds in the national spotlight were his teammates, Marvin McGhee, freshman guard from Atlanta, GA; and Will Johnston, freshman guard from Sydney, Australia.  McGhee has scored 231 points this season to be the 39th best scorer in the NJCAA Division I standings.  He also is currently 18th in the nation in total rebounds with 125 and tied for the 43rd spot in defensive rebounding with an average of 6.1 per game. Will Johnston was recognized for averaging five assists per game this season which has him listed as the 45th best in the nation.

The three Lady Jets singled out for their top performances on the court were sophomores Veronica Charles, Femme Sikuzani and Hope Butera.  Charles, a 5’ 4” inch guard from Benue State, Nigeria, is ranked 16th nationally in steals.  She is averaging 3.4 per game over 16 games.

The Lady Jets will try to get back to their winning ways tonight in a GCAA match-up against Albany Tech at 5:30 in the Hangar.  Albany Tech is currently 5 – 5 on the season and seeded 4th in the GCAA.  Albany Tech dropped three games to Georgia Highlands as well as one game to East Georgia and Central Georgia Tech.

The Jets are off this week but return to action on Tuesday, March 16 when they travel to Albany Tech for a 7 p.m. contest.  The Jets host Albany Tech at 7 p.m. on Thursday, March 18 and then host Gordon State at 4 p.m. on Saturday, March 20 for Sophomore Day.