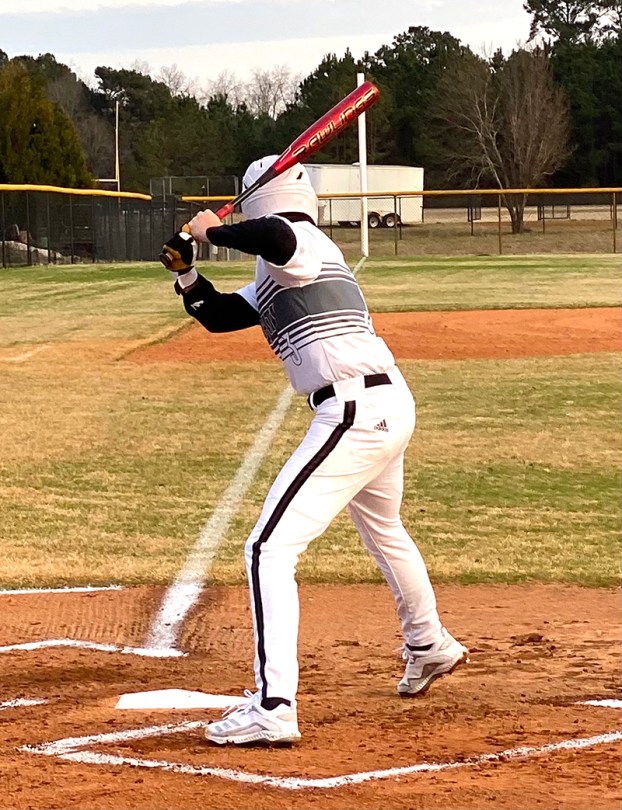 Schley County’s junior Trypp Lumpkin went 2 for 3 with an RBI and a run scored in the Wildcats’ 6-5 loss at Westfield. ATR Archive

PERRY – Perry, GA has not been a great place to visit for the Schley County Wildcat baseball team this year. Two weeks ago, SCHS fell to the Perry Panthers 10-2 at PHS and on Saturday, March 13, the Wildcats dropped a 6-5 decision to the Westfield Hornets (WS) in Perry when the Hornets’ Bishop Smallwood scored the winning run from third base in the bottom of the seventh inning on a passed ball.

Errors played a key factor in the outcome of the game. The Wildcats committed a total of five errors and those errors played a part in most of the Hornets’ six runs.

WS got on the scoreboard first in the bottom of the first. With two outs and a runner on first, Cole Miller singled to right field, but Grey Brannen was able to score from first to putt he Hornets on the board 1-0.

The Hornets added to their lead in the bottom of the second. With runners on first and second and nobody out, Ty Shelton laid down a bunt and was able to reach on an error. This allowed Billy Jack Gregory to score from second and it gave the Hornets a 2-0 lead.

SCHS starting pitcher Trypp Lumpkin was able to retire the next two WS hitters, but Jake Canterbury reached on an error, allowing Smallwood to score the Hornets’ third run of the game. Shelton, who had reached on an error earlier in the inning, would later steal third and home plate to increase the WS lead to 4-0.

However, the Wildcats would not stay quiet for long. Tyler Cheek reached on a leadoff walk and Carter Westbrook was able to reach on an error, putting runners at first and second with nobody out. Luke Renfroe then grounded into a fielder’s choice, allowing the runners to advance to second and third. Dylan Taylor then grounded into a fielder’s choice, but that allowed Cheek to score from third for the Wildcats’ first run. Lumpkin would then knock in another run on an RBI double to bring the Wildcats to within two runs at 4-2.

The Hornets added to their lead in the bottom of the fifth when Gregory knocked in a run on a two out single, but in the top of the seventh, the Wildcats responded with a vengeance. Both Cheek and Cody Betts were able to reach on walks. Renfroe grounded into a fielder’s choice, but the runners were able to move to second and third with one out. Taylor then hit a sacrifice fly to center field, scoring pinch runner Ridge James from third and trimming the SCHS deficit to 5-3 with two outs.

The Wildcats then got the key hit they were looking for as Lumpkin drove in two runs on a double to tie the game at 5-5.

Ridge James, who had already come on to pitch in relief of Lumpkin, retired the first two batters in the bottom of the seventh and it looked as if the game was going to go into extra innings. However, with two outs and no one on base, Ryan Powers was able to reach on an error and James walked Gregory to put the winning run in scoring position. Powers then advanced to third on a passed ball and would later steal home plate to hand the Wildcats a crushing 6-5 defeat.

Lumpkin led the Wildcats’ offense by going 2 for 3 with a single, a double, a run scored and one RBI. In total, the Wildcats scored five runs on four hits, but committed five errors that proved to be costly.

Lumpkin started the game on the mound for the Wildcats. In five innings of work, he gave up five runs on four hits, but only one of those runs was earned. He walked four batters and struck out six. Ridge James came on in relief of Lumpkin. In a little more than an inning of work, he gave up one unearned run on no hits, walked one and struck out two.

The Wildcats will try to get back into the win column when they host region opponent Marion County on Tuesday, March 16, at 5:30 p.m.