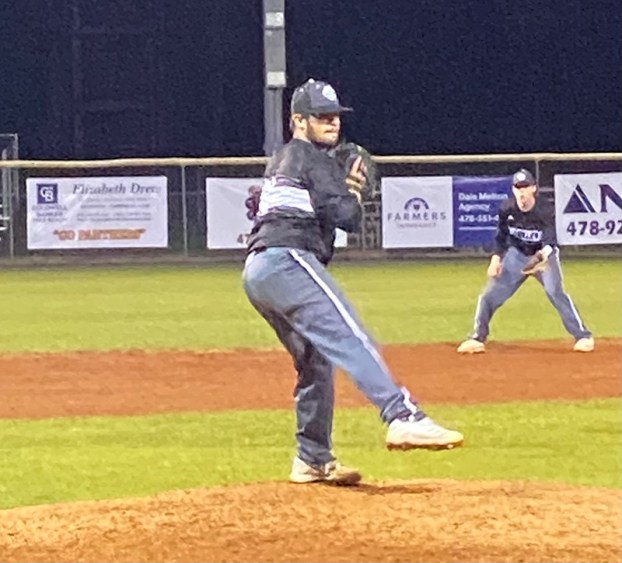 Schley County pitcher Ridge James allowed one run on one hit in one inning of work to earn the win and led the Wildcats to a 3-1 Region 5A-Public victory over Marion County. ATR Archive

ELLAVILLE – The Schley County Varsity Baseball Team (SCHS) was able to get back into the win column on Tuesday, March 16, as the Wildcats defeated their Region 5A-Public opponents Marion County 3-1 in a low-scoring affair at Schley County High School.

SCHS pitchers Owen Lamb and Ridge James combined to only allow one run on five hits to help seal the victory for the Wildcats, with James earning the win. The lefthander allowed only one run on one hit in one inning of work. Lamb, who started the game on the mound for SCHS, surrendered one run on four hits over five and a third innings of work.

Lamb, along with Carson Westbrook and Luke Renfroe, each had one hit in the ball game to lead the SCHS offense.

Both teams went scoreless until the top of the sixth inning, as Will Penocello was able to score on an error to tie the game.

However, the Wildcats responded in the bottom of the sixth. Lumpkin led off the frame with a walk off MC pitcher Kaleb Powell. After Welch popped out for the first out of the inning, Lamb singled to center field, putting runners at first and third with one out. After Jack Clark drew a walk to load the bases, Andrew James, who came in to pinch run for Lumpkin, scored on a passed ball, giving the Wildcats a 2-1 lead. Athon Hines then reached on an error that allowed Lamb to score the Wildcats’ third run.

Up next for SCHS is a home game against the Americus-Sumter Panthers on Thursday, March 18, at 6:30 p.m. In the last meeting between these two teams at Thomas Bell Stadium on Monday, February 22, the Wildcats won easily by the score of 18-2. First pitch for Thursday’s game is scheduled for 6:30 p.m.