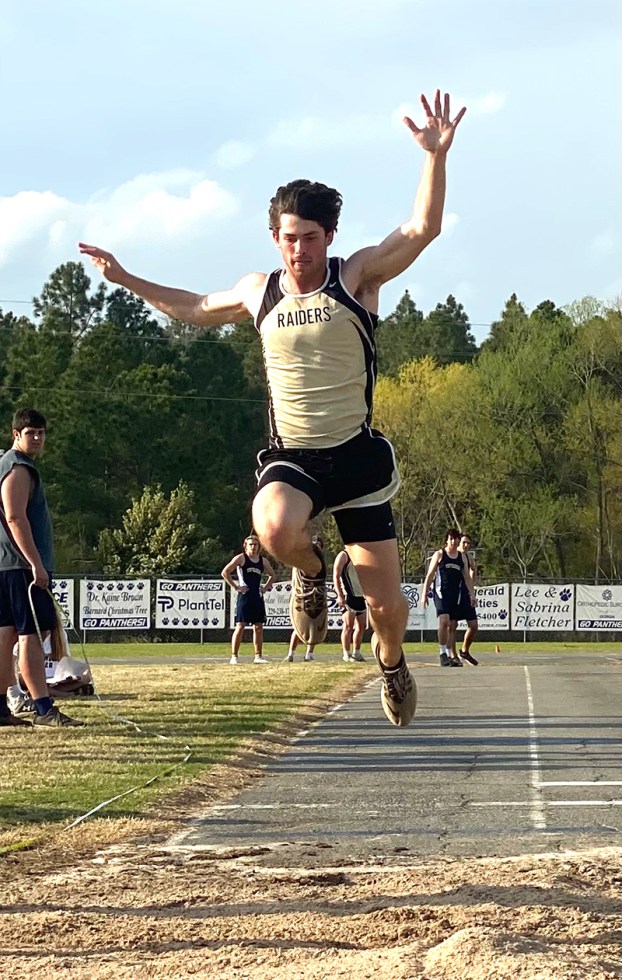 Southland Academy’s Nathan Duke in action in the boys’ triple jump event at the Tiftarea Meet. Duke finished in third place in the event with a distance jumpe of 35’0. Photo by Ken Gustafson

CHULA, GA – The Southland Academy boys and girls track and field teams (SAR) took care of business in dominating fashion as they both finished far ahead of the competition at the Tiftarea Meet held at Tiftarea Academy on Wednesday, March 17, in Chula, GA.

“The kids ran great. They ran well and left it all on the track. I’m super proud of them,” said SAR head coach Nathan Hammock.

In girls’ action, the Lady Raiders finished far ahead of the rest of the competition with a total of 155 points. They finished 93 points ahead of Brookwood, who finished in second place with 62 points.

As far as the boys were concerned, the Raiders finished as meet champs with 149 points and were 47 points ahead of Tiftarea Academy, who finished in second with 102 points.

In the girls’ action, the Lady Raiders were able to win five events and finished in second place in second place in six others. In the girls’ triple jump event, SAR’s Jadie Burrell won the event, as she was able to jump 27’8 (27 feet, 8 inches). Her teammate, Elizabeth Law, finished in fourth place in the event as her best jump was a distance of 24’5. Burrell also finished strong in the high jump event as she claimed second place with a clearance of 4’4 (four feet, four inches). While she was pleased with her performance in the Triple Jump event, Burrell still felt that she put in a better showing in the event at last week’s Deerfield-Windsor Meet. “I felt confident, but not as confident as I did last week because I jumped a lot farther last week,” said Burrell. She went on to say that for some reason, she felt better the week before at DWS and was looser, which in her opinion, made the difference. In addition to her success in the triple jump and high jump events, Burrell also turned in a strong showing in the Girls 1600 Meter Run, finishing in second place in a time of 6:21. Burrell also won the Girls 800 Meter event in a time of 2:40. 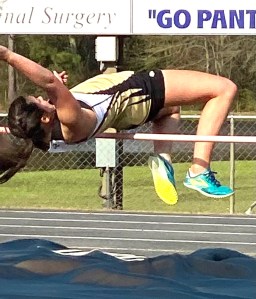 Southland Academy’s Jadie Burrell clears the bar on her third attempt in the Girls’ High Jump competition at the Tiftarea Meet. Burrell finished in second place in the high jump, but won the triple jump event and the Girls’ 800 Meters.
Photo by Ken Gustafson

In the Girls 300 Meter Hurdles, the Lady Raiders were able to sweep the event. Catie Paradise won the event in a time of 1:05, while Addison Starlin (1:07) and Mia Mixon (1:08) finished in second and third respectively.

In the Girls 4×400 Meter Relay, SAR won the event in a time of 4:56, which was nearly a minute faster than second place Tiftarea, who finished in a time of 5:43. 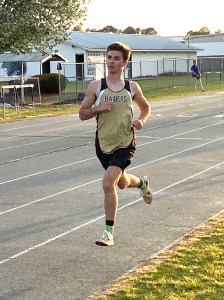 Southland Academy’s Tanner Humphrey won both the Boys’ 800 and 1600 Meter events at the Tiftarea Academy Meet in Chula, GA.
Photo by Ken Gustafson 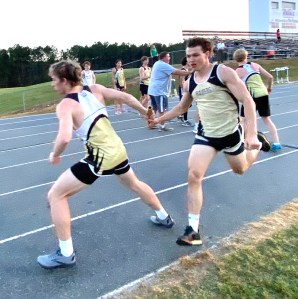 Southland’s Max Foster hands the baton off to Hudson Collins in one of the relay events at the Tiftarea Meet.
Photo by Ken Gustafson

In the 3200 Meter Run, SAR’s Shaw Pinnell turned in a strong performance, finishing in fourth place in a time of 13:52. His teammate, Madison DeBaise, finished right behind Pinnell in fifth with a time of 14:10. 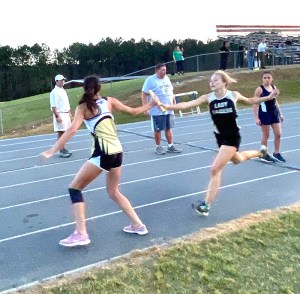 Southland Academy’s Wimberly Hines hands the baton off to Morgan Minick in one of the relay events at the Tiftarea Meet.
Photo by Ken Gustafson 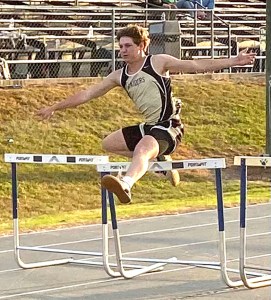 Southland Academy’s James Griffin finished in second place in both the 100 Meter and 300 Meter Hurdles events at the Tiftarea Meet.
Photo by Ken Gustafson

Both the Raiders and Lady Raiders will be in action next Wednesday, March 24, at the Deerfield-Windsor Meet in Albany, GA.  After that, the SAR track and field teams will focus on an important meet at the First Presbyterian Day School in Macon, which will take place on Monday, April 5.

Jets get revenge with 87 – 67 win over Albany Tech