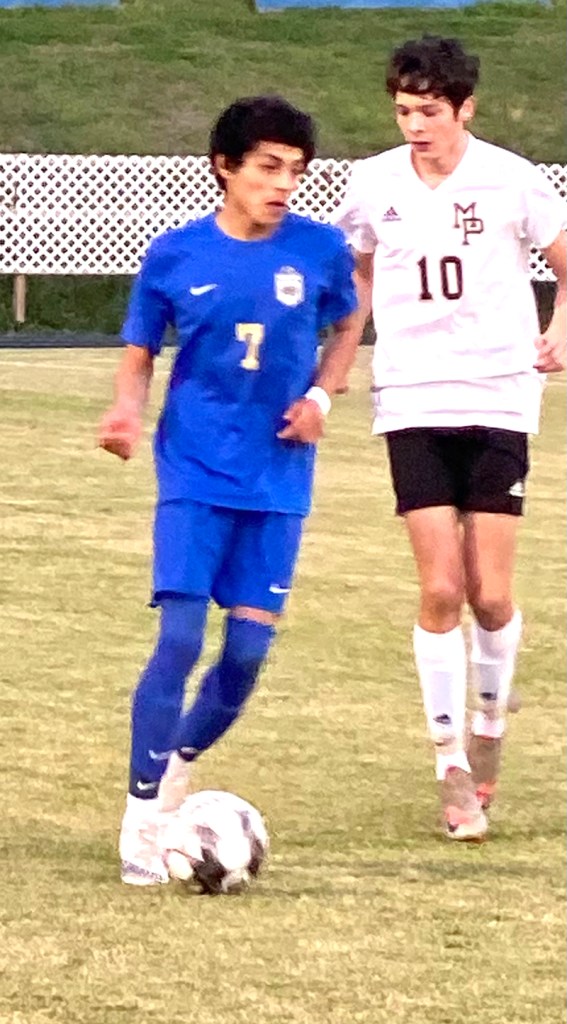 Americus-Sumter junior forward Jesus Rodriguez (7) scored the first of the Panthers’ three goals in the second half to help lead ASHS to a 3-0 win over Mary Persons. Photo by Ken Gustafson

AMERICUS – After getting shut out 5-0 by a quality Pike County side the week before, the Americus-Sumer varsity boys soccer team (ASHS) faced another tough region opponent in the Bulldogs of Mary Persons (MPHS) on Friday, March 19, at Alton Shell Stadium.  However, unlike the week before, the Panthers were able to hold the Bulldogs scoreless in the first half. Then in the 45th minute, ASHS forward Jesus Rodriguez dribbled in towards the near post and was able to slot the ball past the MPHS goalkeeper for what would be the first of three second half goals by ASHS. While the Panthers exploded on offense, they were also able to limit the Bulldogs’ chances to score and earned a 3-0 shut out of MPHS.

According to ASHS head coach Mike Pepito, a renewed commitment to being more aggressive in the second half was key to the Panthers’ success.

“We study film a lot so we look at things that we’ve been doing bad. We realize that sometimes, we get beat off the ball. We’re watching it,” said Pepito. “We’ve been working on it at practice. It seems like it doesn’t catch on at first. They (MPHS) were beating us on running through balls and possession. I don’t like the dump ball as much for scoring. I prefer to keep it on the ground. We started to press through their players. When we started pressing them, it seemed like they were backing down a little. It got a little physical toward the end, but the refs were letting them play, so we played. We were always taught to play to the whistle,” Pepito continued. 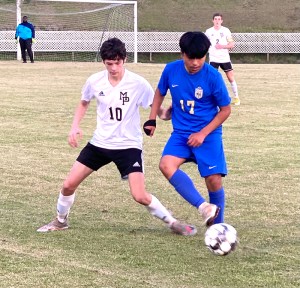 After a scoreless first half, the Panthers were able to break the scoreless deadlock in the 45th minute when Rodriguez drove the ball towards the near post and was able to beat the MPHS goalkeeper to give ASHS a 1-0 lead. Approximately 10 minutes later, Rodriguez executed a long throw in that fell at the feet of an unmarked Marcos Bravo, who calmly side footed the ball into the net to give the Panthers a 2-0 cushion.

Then in the 66th minute, ASHS put the icing on the cake when forward Kevin Abarca to give the Panthers a 3-0 lead. The three goals scored by ASHS in the second half came as a result of the Panthers being the aggressors and controlling much of the run of play. As a result, they were able to put pressure on the Bulldogs’ back line and created numerous chances to score. ASHS was also able to limit the Bulldogs’ chances to score and goalkeeper Ary Flores came up with a couple of big saves to preserve the shut out win. 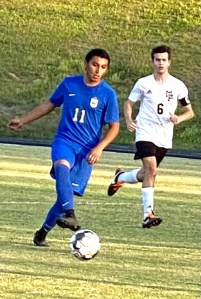 Americus-Sumter junior forward Kevin Abarca (11) scored the third of the Panthers’ three second half goals in the win over Mary Persons.
Photo by Ken Gustafson

With thus win, the Panthers improve to 3-3 overall on the season and are 2-2 in Region 2-AAA competition. The Panthers will now turn their attention to Tuesday evening, March 23, when they host Crisp County in soccer’s version of the “Battle of the Flint”. Kickoff is scheduled for 6 p.m.