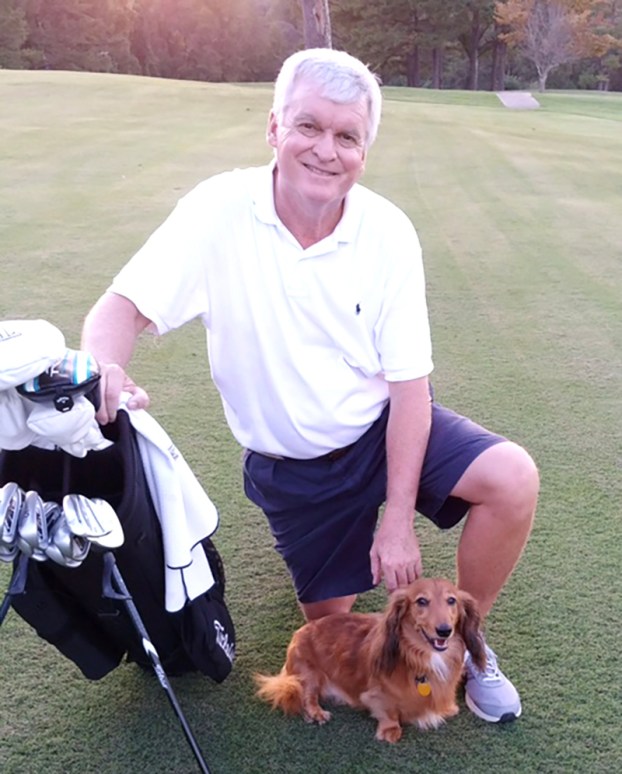 TROY, AL – Former Southland Academy and Troy University golfer Collin McCrary was recently inducted into the Troy University Sports Hall of Fame. The university made this announcement on Thursday, March 18 and the official induction ceremony for both the 2020 Class (four inductees) and the 2021 Class (six inductees, including McCrary) will take place on Friday evening, September 3 of this year.

“This is normally held sometime in April or May and it was cancelled because of COVID last year,” said McCrary. “There were six people in last year’s class and they never were able to have the induction ceremony, even though the six were announced last year. In the 2021 Class, they have four, which included me. What the university has decided to do, since last year was cancelled, they’re going to have all 10 of us, the 2020 and 2021 Classes, six people and four people will all be inducted on that Friday night,” McCrary continued.

McCrary went on to say that he has been to several Troy Sports Hall of Fame induction ceremonies in the last nine years and that it is done in an incredibly well orchestrated way. “It’s unbelievable how they do it,” said McCrary. “Everything is pre-recorded and played in the arena on the jumbo tron. There are no speeches given by any of the recipients so nobody goes long. They put modern family pictures of the athlete and a lot of pictures from playing days up there and it’s a very emotional evening for the families of all the inductees. It’s just amazing.”

For McCrary, to be named amongst the greatest of Troy student-athletes, including fellow Americus native Chan Gailey, is a tremendous honor for him. “It’s just amazing to be joining that group of people,” said McCrary. “I grew up in Americus, GA, which was an unbelievable sports town in the 60s and 70s when I was a kid there. With Coach (Jack ) Finklea’s recreational programs and Southland and Americus High School’s athletic programs, such as football, I was surrounded by so many people there that were winners in sports. Even at Americus Country Club (now Griffin Bell Golf Course), when I kinda dropped all other sports around ninth and 10th Grade, except golf, cause I knew that was my calling, there were just so many people at Americus Country Club that helped me,” continued McCrary.

According to information from the university’s athletics website; troytrojans.com, the former All-American from Americus earned multiple Gulf South Conference honors and led the Trojans to four straight conference titles during his career, which went from 1980 to 1983. In his senior year in 1983, McCrary earned third team All-America honors after leading the Trojans to a second place finish at the NCAA Division II National Championships. This achievement was the capstone to a phenomenal three-year career for McCrary. During his three years at Troy, the Trojans finished in fourth place twice and in third place once in the NCAA Division II National Championships.

McCrary shot the Trojans’ lowest round of the 1983 season with a 68 at the Southeastern Intercollegiate, which featured NCAA Division I teams such as Ohio State and Alabama.

Troytrojans.com also states that during his career at Troy, McCrary was consistently at the top of the leaderboard and helped lead the Trojans to five team titles during the 1981 season. However, McCrary showed promise long before he arrived in Troy, AL. While attending high school at Southland Academy, McCrary helped lead the Raiders to the Georgia Independent School Association (GISA) State Championship during his sophomore year in 1977. He also went to Mississippi to represent Georgia in the Five-state private school tournament.

McCrary and his wife Connie currently live in Troy, AL, where he is a financial advisor and Senior Vice President/Investment Officer for Wells Fargo Advisors I.