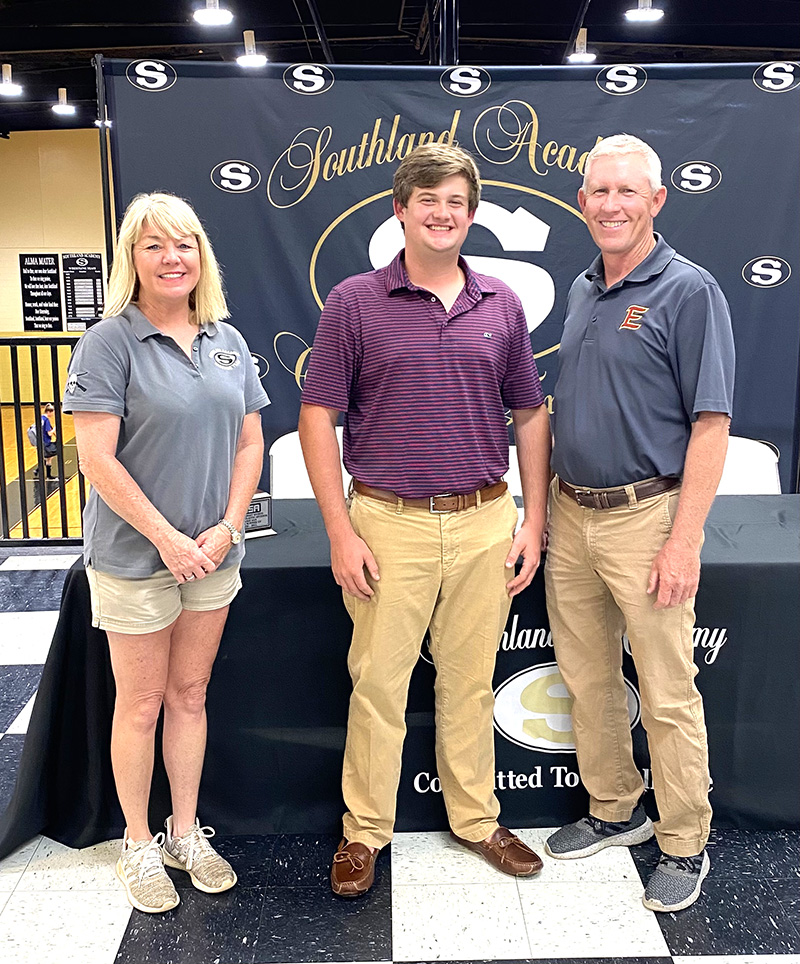 AMERICUS – On Monday, April 5, Southland Academy’s Jack Stapleton signed a Letter of Intent to compete in the sport of Clay Targets at Emmanuel College; an NCAA Division II Christian college in Franklin Springs, GA. Stapleton signed his letter of intent in the lobby of Melvin Kinslow Gymnasium in front of family, friends and coaches.

Stapleton started Clay Targets in ninth grade, when the Southland Clay Targets Team was formed and has excelled at the sport ever since. “One weekend, I went out with my friends and we shot a bunch of Clay Targets,” said Stapleton. “I knew that we had a team and I joined the team a meet late so I actually wasn’t on the original team until later in the year.”

This year, Stapleton and his Raider teammates captured the GISA State Championship in the sport and he hopes to do just as well in college. He told the Americus Times-Recorder that he and a friend of his were competing at a meet when a coach from Montreat College in Montreat, NC came up and offered them a scholarship, but being that the school is in North Carolina, he didn’t want to drive that far away and chose to compete for Emmanuel College, which was the best fit for him.

Stapleton will major in either Accounting or Agricultural Business. After graduation, he would like to own his own farm insurance firm.

According to Emmanuel Head Coach John Shealy, Stapleton will be an asset to the Lions as a well-rounded shooter. “He likes to hunt. He likes to be outdoors. I think he’ll just be a great fit for our program, not just in trap, skeet and sporting clays, I think he’ll do it all really,” said Shealy.

Southland and Schley County turn in strong performances at…