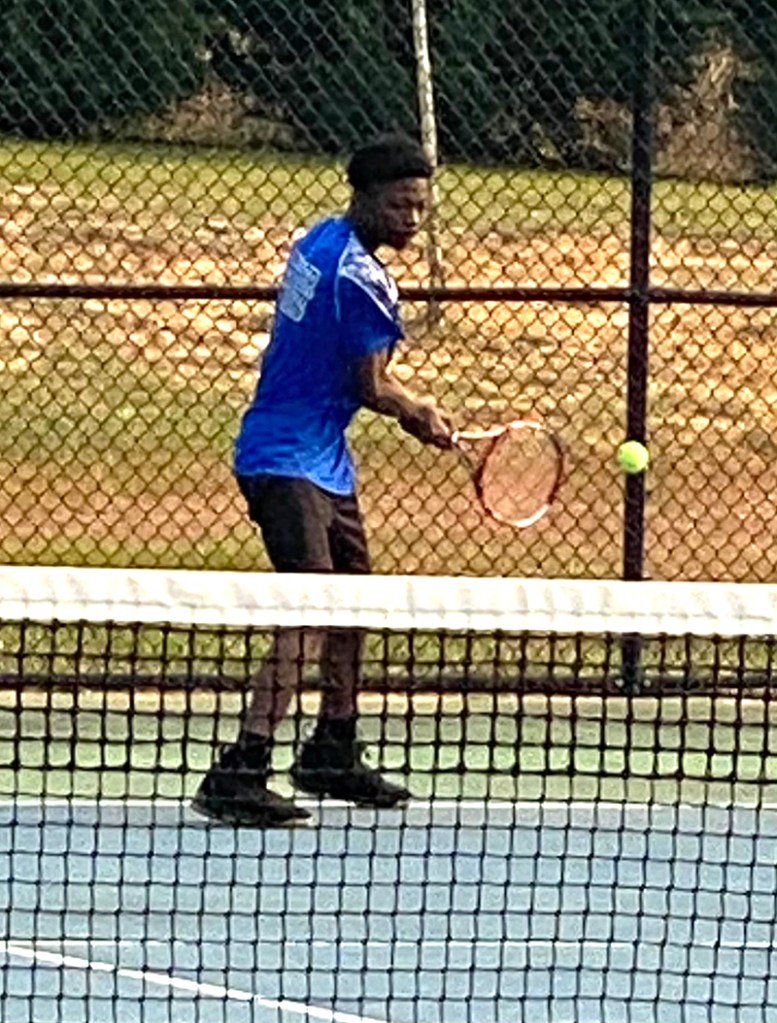 AMERICUS – Having won both their matches at Marion County on Monday, April 5, the Americus-Sumter boys and girls’ varsity tennis teams (ASHS) came into their home matches on Wednesday, April 7 against Shaw (SHS) hoping to end the 2021 regular season on a positive note. Though they competed extremely hard, the Lady Panthers fell to the Shaw Lady Raiders 3-2. However, the Panthers were able to dominate the Raiders on the courts and earned a 5-0 shutout to conclude the regular season.

In girls’ action, Teigan Pepito fought extremely hard in her match against Grasie Massengale. Pepito won the first set 6-3, but lost the second set 4-6. Unfortunately for Pepito, she fell to Massengale 9-11 in a hard-fought third set and lost the match.

The ASHS #2 player, Rebecca Ingle, was able to salvage a win over Sierra Wilkerson in straight sets 6-3, 7-5 to tie the team score at 1-1. Alecia Holmes was hoping to do the same against her SHS opponent Shay Black. Holmes was able to win the first set 6-3, but lost the second set 1-6. The third and deciding set was a back-and-forth affair, but Holmes fell to Black in a 13-11 tiebreaker. It was now up to both ASHS doubles teams to win their matches in order for the Lady Panthers to prevail.

The #1 ASHS doubles team of Trinity Gilliam and Melanie Wooden took care of business against the SHS duo of Nyla Snead and Mishen King, winning in straight sets 6-1, 6-0. All that needed to happen now was for the Lady Panthers’ duo of Paris Eberhardt and Juhstiz Yarbrough to win their doubles match. However, Eberhardt and Yarbrough fell to the Lady Raiders’ duo of Phebe McIntyre and Jordan Street in straight sets 3-6, 4-6. 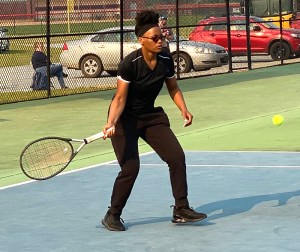 In boys’ action, the Panthers concluded the regular season in dominating fashion, shutting out the Raiders 5-0. Zach Johnson won his match over Brendon Udy in straight sets 6-2, 6-0. Keldrick Flemming followed that up with a 6-2, 6-1 victory in straight sets over Hunter Garrett, putting the Panthers within one more singles or doubles win for a team victory. ASHS got that clinching victory when Jeremy Bembrey defeated Ernesto Loyso in straight sets 6-0, 6-1.

In doubles action, the ASHS duo of James Schopen Davis and James Ndaayezwi defeated the SHS team of Michael Hightower and Amari Clayton in straight sets 6-0, 6-0. With the team victory in hand, the only thing left to decide was whether or not the Panthers would post a 5-0 shutout. That question was answered when the Panthers’ duo of Corey Wright and Cameron Evans won as a result of a forfeit by the Raiders.