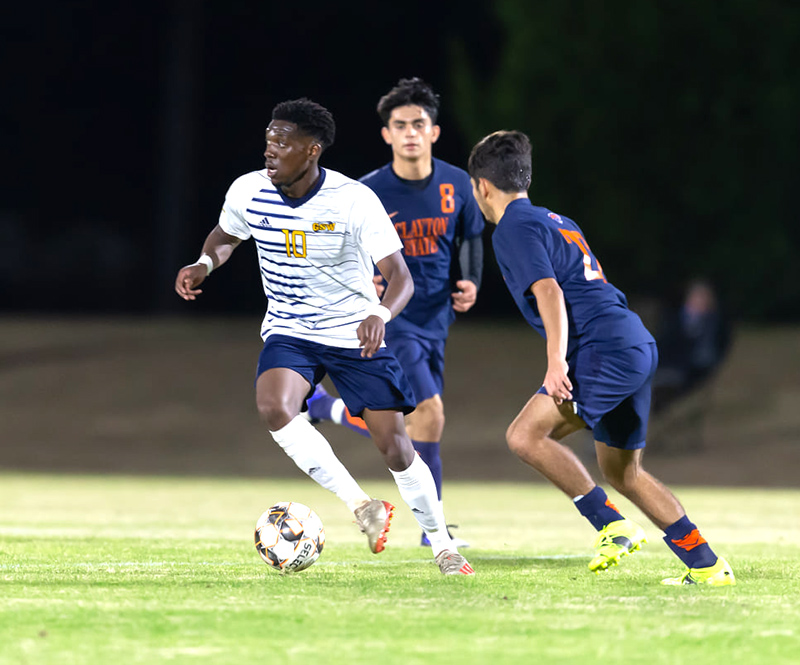 AMERICUS – Georgia Southwestern State University sophomore forward Chris Salamatou has been named to the Spring 2021 Peach Belt All-Conference Men’s Soccer Second Team. The announcement was made on Friday, April 9 by the league office.

Salamatou led the Hurricanes with three goals and five assists this spring. He appeared in six of Georgia Southwestern’s eight matches this season, but was limited to five starts due to injury.

The Niort, France native accounted for 35 percent of the Hurricanes’ offense in 2021. He ranked third in the Peach Belt in assists and points and ranked fifth in shots.

Salamatou was named the Peach Belt Conference Player of the Week on Wednesday, March 10 after scoring one goal and assisting on another in GSW’s upset win over No. 14 Young Harris College. On Monday, Feb. 22, he scored twice and assisted on three goals in a 5-4 win over North Georgia.

Salamatou is Georgia Southwestern State’s eighth all-conference selection and the first since Silvio Polly in 2017.