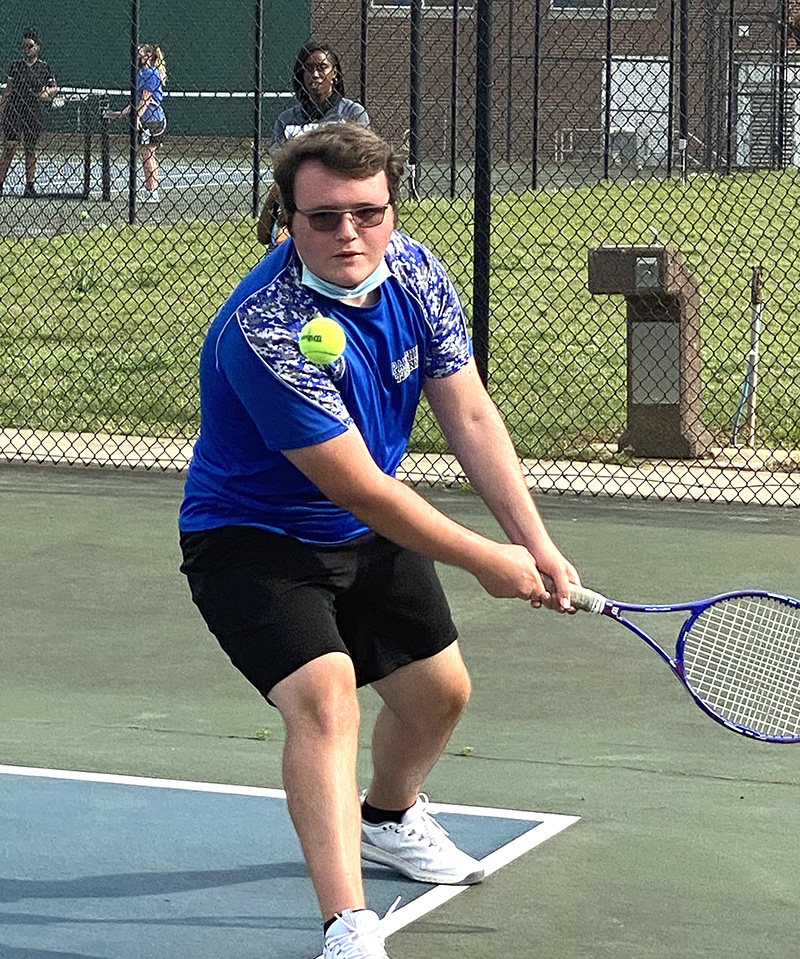 AMERICUS – One day after the Americus-Sumter (ASHS) girls’ tennis team defeated Pike County to clinch a spot on the GHSA Class AAA State Playoffs, the ASHS boys followed suit by posting a 5-0 shutout of Jackson on Tuesday, April 13 at the ASHS tennis complex.

In singles action, Zach Johnson got the Panthers in the right direction with a straight sets victory over Cameron Melvin 6-3, 6-2. Keldrick Flemming had a much tougher match against the Red Devils’ Jay Cosby, but was able to prevail. Flemming lost the first set to Cosby 4-6, but came back to win the next two sets 6-4, 6-4 to win the match. This put ASHS up 2-0 and at the doorstep of making it into the state tournament. 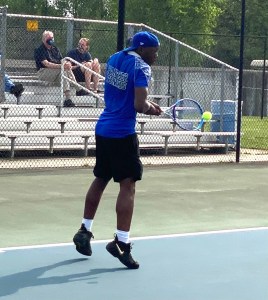 Americus-Sumter singles player Jeremy Bembry won his match over Jackson’s Eric Lenning 6-1, 3-6, 6-1 to give the Panthers a 2-0 lead in the team match against the Red Devils.
Photo by Ken Gustafson

Fortunately for the Panthers, Jeremy Bembry was able to come through. Bembry won the first set against Eric Lenning 6-1, but lost the second set 3-6. However, in the third and deciding set, Bembry was able to dominate and win the third set 6-1 to take the match. With Bembry’s victory, the Panthers were guaranteed a team victory and a berth in the state playoffs. The only question now was would they win 3-2, 4-1 or 5-0. That would depend on how the ASHS doubles teams faired. 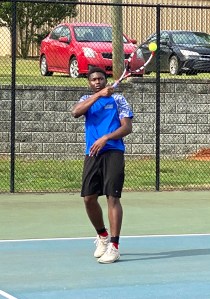 Americus-Sumter’s Keldrick Flemming lost the first set 4-6 to his JHS opponent, Jay Cosby, but won the next two sets 6-4, 6-4 to win his match.
Photo by Ken Gustafson

The #1 ASHS doubles team of James Schopen Davis and James Blaisdell-Ndaayezwi defeated the JHS duo of Michael Edmonds and Chapman Jordan in straight sets 6-2, 6-3, but would the Panthers get the shutout? It didn’t take too long to find out as the #2 doubles team of Corey Wright and Cameron Evans defeated the JHS team of Alex McCary and Connor King in straight sets 6-0, 6-2 to complete the 5-0 shutout of the Red Devils and secure the Panthers’ spot in the state playoffs. 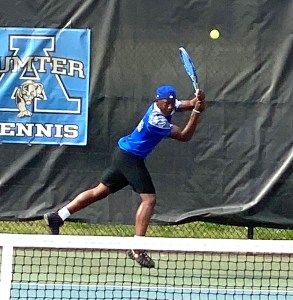 The Panthers’ victory ensures that both the ASHS girls and boys’ teams will be in the GHSA Class AAA State Playoffs. The dates, times, opponents and venues for the first round matches are still to be determined. Stay tuned to the Americus Times-Recorder for further details.