No. 11 GSW Golf Team tees off at PBC Championship this weekend 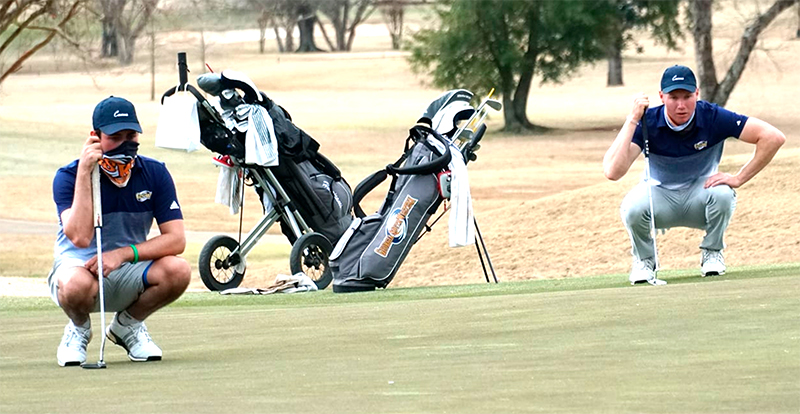 ST. AUGUSTINE, FL – The No. 11-ranked Georgia Southwestern men’s golf team will be competing in the 29thPeach Belt Conference Men’s Golf Championship April 16-18 that will be held at the Slammer & Squire – World Golf Village Course in St. Augustine, FL.

Beginning at 8 a.m. on Friday morning, April 16, nine teams will tee off to earn the conference’s automatic berth to the NCAA Division II South/Southeast Regional. The final two rounds will be played on Saturday and Sunday, April 17-18.

Swinging off for the Hurricanes will be Chase McLain, Saksit Jairak, Simon Estrada, Jack Tharrington and Nicolas Escobar.

Eight of the nine PBC teams are nationally ranked by Golfstat’s ranking system. USC Aiken is No. 5, followed by Columbus State at No. 10. GSW sits at No. 11 and Young Harris College at No. 12. Georgia College is No. 14, North Georgia checks in at No. 19 and both Clayton State (No. 20) and Lander University (No. 25) are the other two league members. Flagler is ranked No. 43.

Despite the 2020 PBC Championships being canceled due to the COVID-19 pandemic, Estrada and Jairak were both named to the PBC All-Conference second team while Darcy Donaldson was named PBC Coach of the Year.

Flagler College was named tournament champions during the 2018-19 season while the Hurricanes placed fifth.  Fans will be able to follow along with updates at https://birdiefire.com/tournament/66952/.