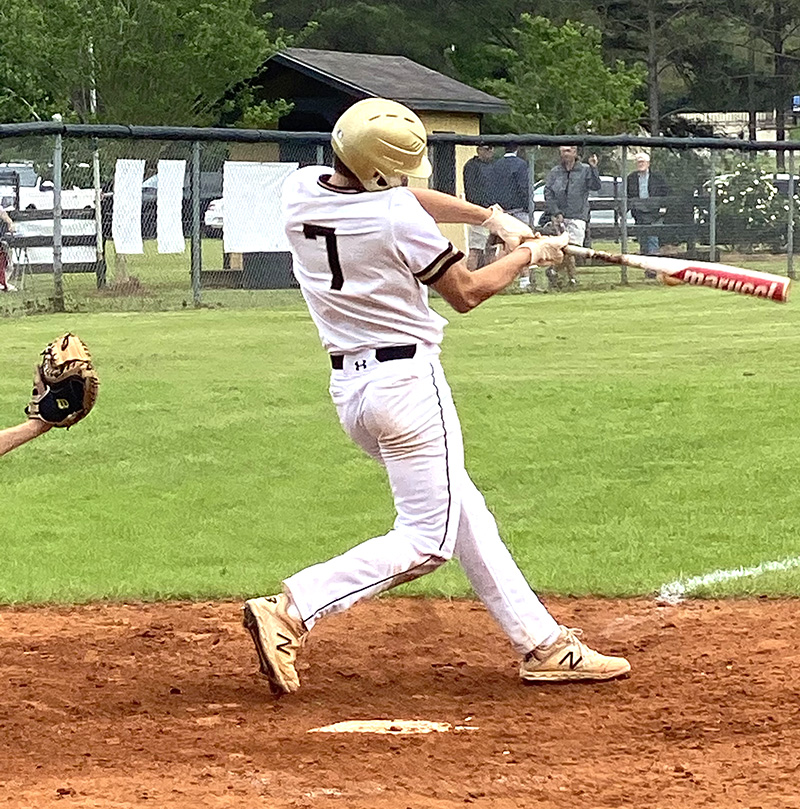 DAWSON – With one out and one man on base for the Raiders in the top of the first, Southland Academy (SAR) shortstop Owen Exley drilled a two-run home run over the left field wall against Terrell Academy (TA). That early salvo gave the Raiders a 2-0 lead. Then in the top of the seventh with SAR leading 7-4, the Raiders got two more insurance runs on a two-run home run by Will Godwin. The Eagles scored one run in the bottom of the seventh on a home run by Jay Murdock with one out, but SAR starting pitcher Perry Usher was able to retire the next two TA batters to seal the 9-5 victory for the Raiders on Thursday, April 22 at the TA baseball complex. 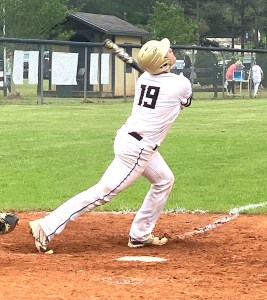 The Raiders scored a run in each of the next four innings to take a 6-1 lead, but in the bottom of the fifth, the Eagles fought their way back into the game by scoring three runs on two hits and by taking advantage of an error.

Fortunately for the Raiders, Chase Ledger was able to drive in a run on an RBI single in the top of the sixth. Then in the seventh inning, SAR scored two more insurance runs on a two run home run by Will Godwin.

The Eagles got a solo home run from Murdock in the bottom of the seventh with one out, but Usher was able to retire the next two batters to seal the 9-5 victory for SAR.

Usher also had a strong day at the plate for the Raiders. He went 3 for 3 with three singles, two RBIs and scored one run. Both Henry Johnson and James Griffin went 2 for 3 at the plate and scored two runs, while Johnson was also able to drive in one RBI.

Usher pitched all seven innings for the Raiders to get the win. He gave up five runs on seven hits, walked one and struck out six batters.

With the win, the Raiders (10-8) extend their winning streak to four games and will try for five when they host Terrell Academy in a rematch on Tuesday, April 27. First pitch is scheduled for 4:30 p.m.