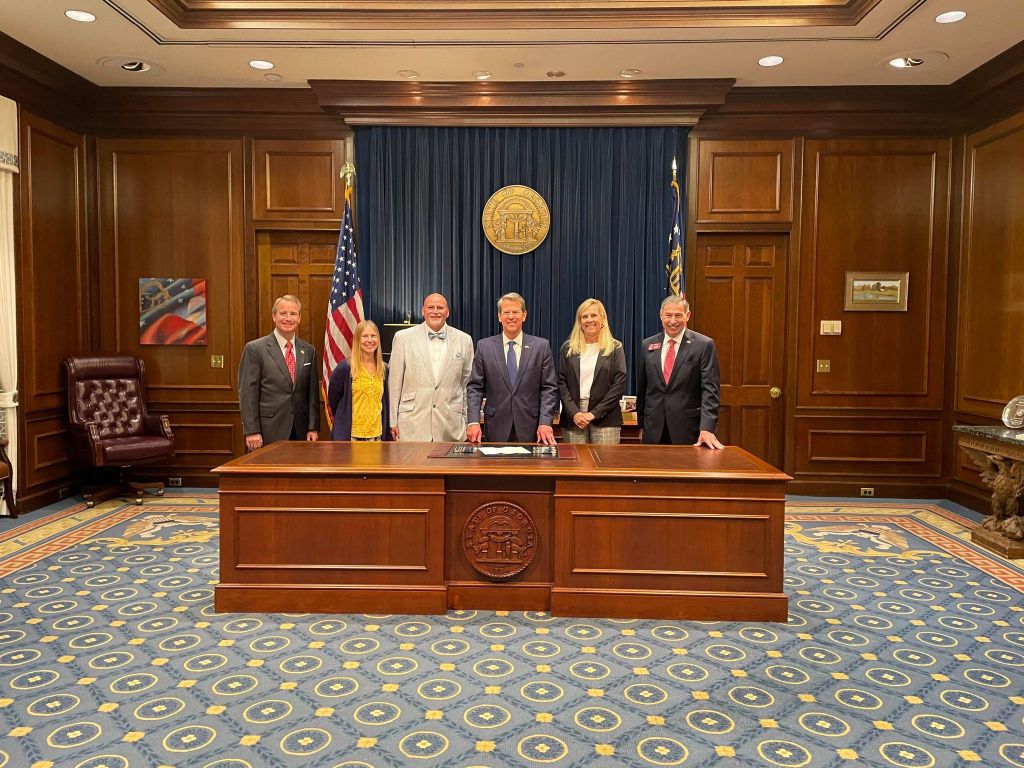 In the fall of 2020 Dr. Robert Bailey, an Americus resident, having served as a captain for the Army Reserves and currently employed as a science teacher at Crisp County High School, felt students serving their country through military efforts deserved recognition. Much like high school athletes, a “signing day” would be an appropriate celebration for students who choose military service. Dr. Bailey’s thought was, “Why don’t we have this for those who are offering to sacrifice so much for their nation? Why not have a Swearing-In Day?” He then went to Crisp County High School JROTC Instructor Major Cedric Felton for his input.  Together they drafted a letter to the JROTC Commander and as they say, “the ball was rolling.”

Dr. Bailey presented the idea to Georgia State Representative Mike Cheokas. Representative Cheokas was firmly in favor of the idea and with Dr. Bailey’s input, drafted House Bill 208.  House Bill 208 passed the House and was then forwarded to the Senate who amended the bill to include not just the Army, Navy, Air Force, National Guard, etc. but added the Merchant Marines as well. The bill passed the Senate and headed back to the House to get the amendment approved. Having passed though both bodies again, the bill was extremely popular and landed on Governor Kemp’s desk for signing on May 3, 2021. The signing of House Bill 208 now recognizes every second Wednesday in February as a signing day for students who will be entering the military. Much like an athletic signing day, the signing will be held at the local level in high schools across the state.

The first Swearing-In Day was held on 3/24/21 at Crisp County High School. Students who are committing themselves to the military in defense of our nation will be recognized before JROTC, families, students, faculty, recruiters, and other guests from the community. During the ceremony, seniors will commit to joining a branch of the United States military. The event promises to be a celebration for students to mark an important decision in their lives. The Americus Times-Recorder is grateful for Dr. Bailey’s vision and Rep. Cheokas’ initiative to recognize students who take on the important work of standing for us.

To read the bill in its entirety, please visit: