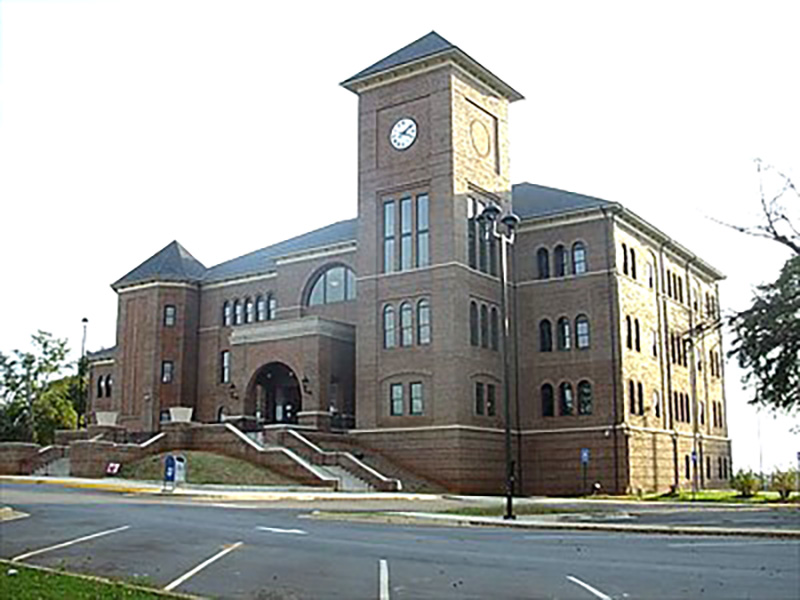 Sumter is but one of six counties making up the Southwestern Judicial Circuit. Superior Court held their first jury case since COVID-19 restrictions were applied in February of 2020 on May 25 and 26, 2021. The State of Georgia had the burden of proving Keaston Minter guilty of an armed robbery and two counts of aggravated assault which took place at the Dollar General located in the Perlis Plaza on Forsyth Street in Americus. The District Attorney’s office prosecuted the case with Assistant District Attorney (ADA), Bob Perrine taking the lead. The defendant was represented by the Public Defender’s office. Todd Hampton served as the attorney. At the time of the crime, Keaston Minter was 15 years old, however armed robberies are considered one of Georgia’s “seven deadly sins.” In the mid 1990’s, as an effort to address violent crime committed by youth, Georgia identified murder, rape, armed robbery with a firearm, aggravated child molestation, aggravated sodomy, aggravated sexual battery and voluntary manslaughter as charges with such significance that youth as young as 13 would be “treated as adults” in Superior Court, rather than in Juvenile Court. Keaston Minter, now 18 years old, was facing a jury on three charges in Chief Judge Rucker Smith’s courtroom.

Bob Perrine put forth the state’s case in his opening statement. On February 7, 2019, Keaston Minter and Clarence Coleman entered the Dollar General at 7:58pm and committed an aggravated assault against two employees by threatening them with a firearm while robbing the store. Between the two, there was one firearm seen, and Coleman held it. Minter, meanwhile, served as a “lookout” posted at the door with an eye for activity. Minter and Coleman were both dressed in ski masks, dark clothing, hoodies and one white glove each.  To initiate testimony, one of the two Dollar General employees, who had been allegedly threatened by Coleman and Minter offered his account of the night. A store video also validated the employee’s version of the events. A man who was alleged to be Coleman entered the store and threatened both employees with a gun. The employees gave over about $100 from the cash drawer to the gunman. Meanwhile, the second male, which was determined to be Minter, posted at the front door, sporadically shifting his feet and looking out the door. After the two males left the store, the employees locked the door and made a call to 911.

Officer Brooks of the Americus Police Department (APD) contacted the employees and received the description of the robbers. As Officer Brooks received the information, he radioed the information to other officers on duty. Knowing there had been a robbery, Officer Powell kept his eye out as he was patrolling the Sharon Drive area with powerful lighting mounted on both sides of the patrol car. Officer Powell noticed a car with the dome light on. In his experience, if the dome light is on, there could be someone trying to steal the car or steal from the car. This made the officer suspicious, and he investigated. As he did, he noticed 2 males changing their clothes. As Officer Powell rode by, the men turned to look at him, offering Powell an opportunity to see their faces. After looking at Powell, the car moved on with the headlights turned off. Continuing to find this suspicious, Powell followed the car until he lost contact with it. However, with continued surveillance, Powell found the car parked nearby on Clara Drive. Upon hearing this information, Officer Brooks left Dollar General and arrived at the Clara Drive home. About 45-60 mins had passed between receiving the initial call and finding the suspicious vehicle.  APD questioned the homeowners and determined they did not own the vehicle. The owners allowed APD to enter and search the home. Nothing of interest to the crime was found. The car was locked and had a temporary “drive out tag.” It was determined the car belonged to Clemons. Through the windows, officers were able to view clothing matching the description of those worn by the offenders. Money inside and outside of car was noted. Additionally, there was a receipt which was later identified as being used in a standard procedure Dollar General utilizes to mark transactions of moving cash.

APD Investigator Cedric Smith arrived at the scene to offer his expertise. When Smith arrived, he checked the warmth of the engine and determined the car had been in recent use. Smith then photographed the scene and had the car towed for further investigation. Officers gathered at the APD to view the video tape from Dollar General. Upon viewing the tape, Officer Jones identified the “lookout” as Keaston Minter. Jones had known Minter for years and at the time, Minter lived with and was going to be adopted by a close family member who Jones frequently visited. Jones admits to recognizing only his shoes and some of his mannerisms. She also made clear there was a family relation between a man questioned in the crime and the defendant, opening the possibility she may have considered Minter because she was aware of the questioning of the other man. After Jones’ identification, Powell, the officer patrolling the area, was shown a picture of Minter, whereupon he declared him to be the passenger in the car.

After receiving a search warrant for the car, law enforcement recovered several items of dark clothing, 2 white gloves and masks, one of which had an unusual zipper from mouth to nose distinctive to the gunman’s mask. They also found two shell casings, Clemon’s drivers’ license, cash, change and further receipts which were identified as being generated at the Dollar General. In one of the pockets of a hoodie, investigators located a debit card. The debit card bore the name of the family member who Minter was living with and who was in the process of adopting him. APD very quickly investigated a crime scene and crucial pieces of evidence, identified suspects, apprehended and arrested Minter within 4 days on 2/11/2019.

With 5 witnesses testifying, the prosecution rested their case in less than half a business day. During the testimony it was offered Coleman had died in an unrelated car accident. Being the prosecution is the only party who must prove elements of the case, the defense put forth no witnesses. With day one ending, Judge Rucker Smith gave instructions to the jurors and requested them to return to court at 1 pm on the following day for closing arguments.

Because of the weight on the prosecution, Perrine can offer the first and responding closing argument. Hampton is allowed one closing in between the prosecutor’s statements. Perrine took advantage of his first opportunity by defining the elements of the crimes and how he had proven them. He was also able to pontificate upon “reasonable doubt.” Public defender Hampton then presented his reasoning on how the burden of proof was not met. As he had at opening statement, he reiterated the prosecution would not be able to reasonably identify his client as having been at the crime scene. He signaled to the jury the identifications were at best weak, as the criminals were dressed in black layers and hidden behind masks. As for those providing an identification, Officer Powell had only seen the defendant in a passing moment and Officer Jones was relying on her ability to identify shoes as a defining characteristic of the defendant. Another man’s name came up during the trial. The man had “come out of the bushes” when the officers were investigating the scene where the car was discovered. Officers were familiar with the man and he was similar enough to those described in the crime that APD decided to detain him in a patrol car for further questioning. The man was later established as being Minter’s brother. The defense suggested the prosecution had not effectively eliminated the brother as being the true “lookout man.” Additionally, the defense reminded the jury APD had taken no fingerprints and completed no DNA tests. In his final statement, Perrine likened making a jury decision to putting a puzzle together. Much like putting a puzzle together, the picture depicted in the puzzle can be determined before every piece is in place. Perrine presented the pieces the prosecution had put in place and felt the jury had enough puzzle pieces to find the defendant guilty beyond reasonable doubt. He went through the evidence again, giving his narration of it to further prove his case. Perrine addressed the fact that Minter was not the gunman. He pointed out statutes defining armed robbery and aggravated assault covered all parties of the crime despite the role they played in it. He also mentioned Minter’s age should not be a consideration as the law doesn’t ask a jury to determine if they should have sympathy, it asks them to decide if the case met the burden of proof. To address any lingering questions regarding Officer Powell’s identification of Minter, he spoke of Powell’s disposition. Unlike an untrained person, he is specifically designed to take notice of the details of suspicious behavior, especially since he knew of the robbery and was in the vicinity of the Dollar General. Additionally, Powell’s identification was strong enough to know Minter was not the driver, but the passenger. Regarding APD not taking fingerprints or DNA, Perrine felt the case was strong enough based on the evidence presented. In addressing the brother at the scene, Perrine suggested it would be odd for a suspect who had been running to then decide to come to the scene with at least 5 patrol cars present and ask of their business. APD also had questioned the brother and ultimately established the evidence led to Minter. Additionally, the prosecutor made a case the defendant and Coleman had made plans to commit the offense as they had to put together clothing and gloves, retrieve a gun, and planned who would be the gunman and who would be the “lookout.” In addition to other evidence presented, the planning further implied Minter was an active participant in the crime.

Judge Smith then gave the jury their charge, to include the elements which must be proven by the prosecution of both armed robbery and aggravated assault. The judge presented the standard on how to process the information received and deliver a verdict. The jury took leave and in deliberating asked the court for clarification on culpability of those a “party to the crime” or having been involved in the planning of or “conspiracy” to commit the crime. Smith provided the clarification, as is it is stated in Georgia law, which indicates all parties intentionally involved are culpable. In less than two hours, the jury came back with a guilty verdict on all three charges. Sentencing is left completely to the judge’s discretion within the parameters of Georgia law. Judge Smith was asked to consider some mitigating factors to include Minter’s history of societal disadvantage.

Next Wednesday, The Americus Times-Recorder will present the comments of Judge R. Rucker Smith and ADA Bob Perrine. Law enforcement will provide some context of the violent crime happening within Americus and Sumter County.