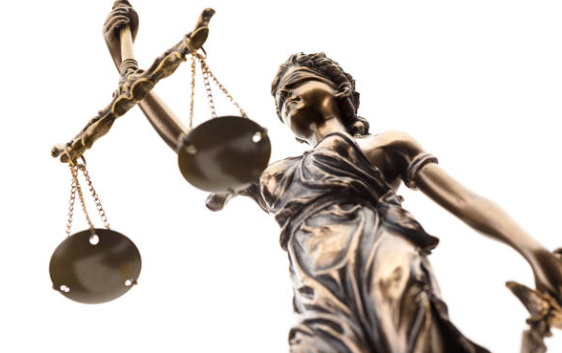 You may feel like local violent crime has seen an increase recently. The data is bearing out those feelings to be a reality. Addressing the violence is going to demand a systematic approach and everyone has a role a play. However, there are significant leaders in our community who are tasked with ensuring the public’s safety in significant ways. Law enforcement, district attorneys and judges play a definite role in creating a healthy community, however residents also contribute greatly to the effort.  Recently Keaston Minter sat in front of a jury facing 2 counts of aggravated assault and armed robbery. These charges stem from February 7, 2019, when it is alleged Minter and Clarence Clemons entered the Dollar General located on Forsyth Street and threatened 2 employees with a gun until they handed over the cash available. They left the store with a little over $100. However, the cost of stealing $100 would prove to be awfully expensive to Dollar General, to the victims, to the community and to Minter. Minter, who was 15 at the time of the crime, would find himself facing a charge which demands it be handled in superior court. With a superior court guilty verdict, come adult penalties. Armed robbery is one of “seven deadly sins” recognized in Georgia law as being significant enough to charge youth, 13 years and older, as adults. Other crimes included in the deadly seven are those such as rape and murder.

Once found guilty of all three charges against him, Minter stood in front of Chief Judge R. Rucker Smith for sentencing. Georgia law allows Judge Smith to sentence Minter for armed robbery within the scope of 10 years to death. His lawyer presented mitigating circumstances for Judge Smith to consider before giving his sentence.  Smith was asked to give thought to Minter’s supposed societal disadvantage. Smith did consider the situation of all effected, including Minter. On the video from the event, Minter was never seen holding the gun, he kept his gloved hand on the door, sporadically opening it to presumably check for any activity around the store. The prosecution was never tasked with putting the gun into Minter’s hands. They simply had to prove he was present and conspired to commit the crime. The jury felt the prosecution had met their obligation to prove Minter was at the Dollar General and had indeed participated in the gun violence which ensued. It was now Judge Smith’s turn to determine what was justice for his actions. Judge Smith handed down a sentence of life imprisonment for the armed robbery. To address the aggravated assault charges, he added 20 years probation to be served concurrent to the life imprisonment, as well as another 20 years probation to be served consecutive to the life sentence. Minter retains his ability to be eligible for parole. Now 18, Minter will pay a significant price for his role as “lookout man” on 2/7/2019.

Mark Scott, the Americus Police Department’s (APD) Chief of Police accepts invitations to make our community aware of the violence and what we can do to play our role. In a recent presentation to a faith-based group, he presents the data.

“Unfortunately, violent crime is escalating in four specific neighborhoods in the city with almost daily reports of shots fired and all too many young men and women injured or killed. To give you an idea of the scope of the problem, in 2017 we had one incident of shots being fired into a residence and made an arrest in that case. In 2018 there were six incidents. In 2019 the number almost doubled to eleven incidents. In 2020 the number more than doubled again to twenty-eight incidents. As of the May 17, we have already had fourteen incidents and we’re only halfway through May.” In following up with Chief Scott, he indicates the four neighborhoods with the most intense reported gun activity include the areas surrounding Bessie Mays Circle, McCoy Park, Tom Hall Circle and the Cherokee Street area. To assist in the growing violence Chief Scott has requested the church to dedicate themselves to prayer for our city during the month of June.

While APD are the first law enforcement agents to respond to a call, they are not the last to be involved. Should a charge be made, the district attorney is then tasked with how the prosecution goes forward. Addressing a charge is a complex matter which involves many levels of critical judgement calls made on behalf of our community by the district attorney’s office. In Minter’s case, Lewis Lamb, the DA for the Southwestern Judicial Circuit, made the decision to go forward with prosecution and a jury trial brought forth the guilty verdict. As a response to the Minter verdict the lead prosecutor, Bob Perrine made a statement on behalf of the district attorney’s office. It read as follows:

“Unfortunately, violent crimes involving firearms have become prevalent in our community. The District Attorney’s Office and local law enforcement are working hard to address this issue. We are relieved that justice was served in this case. We appreciate the Americus Police Department’s commitment to investigating these crimes and the community’s commitment to holding the offenders accountable. We must all continue to work together to reduce crime and improve safety. Our office looks forward to seeking justice in more criminal cases as we move toward normal functioning of our criminal justice system.”

Sheriff Eric Bryant spoke on behalf of the Sumter County Sheriff’s Office (SCSO). According to the sheriff, SCSO has seen a small percentage increase in gun related action. These usually take place during a traffic stop or a domestic call. The agency is receiving “shots fired” calls, but they are usually being reported near the city limit border. Bryant reports the SCSO is not seeing anything “near what the city is experiencing.” In keeping the potential danger in mind, the SCSO has been keeping an additional eye out for guns. They are also allowing as much back up as possible to calls which indicate a gun might have been used. As always, the SCSO can provide support for the APD should they need additional assistance. Bryant mentions his willingness to do anything for the perpetrators of gun crime “to be brought to justice.”

Lastly, Rucker Smith is tasked with a huge job. He must address many faces of justice. In speaking with the Americus Times-Recorder, it is evident Judge Smith takes his responsibilities seriously. He is tasked with ensuring a defendant receives a fair trial. He sees the court runs effectively and efficiently. He is determined the best interest of justice, and therefore our community is served.  He lends his steady eye on the victim, defendant, families, and the residents of the community. He understands the role he must play in ensuring our neighborhoods are safe. Rucker also is keenly aware of the gun violence going on within Americus. “There is a rash of young men with guns committing crimes in the Southwestern Judicial Circuit. They think it’s a video game. They threaten or shoot people then push an imaginary reset button. Everybody goes home and does it again the next day. That’s not the way it works.” The judge does not shy away from his message: “armed robbery is not accepted in our community. Do not use guns for harm in the Southwestern Judicial Circuit.”