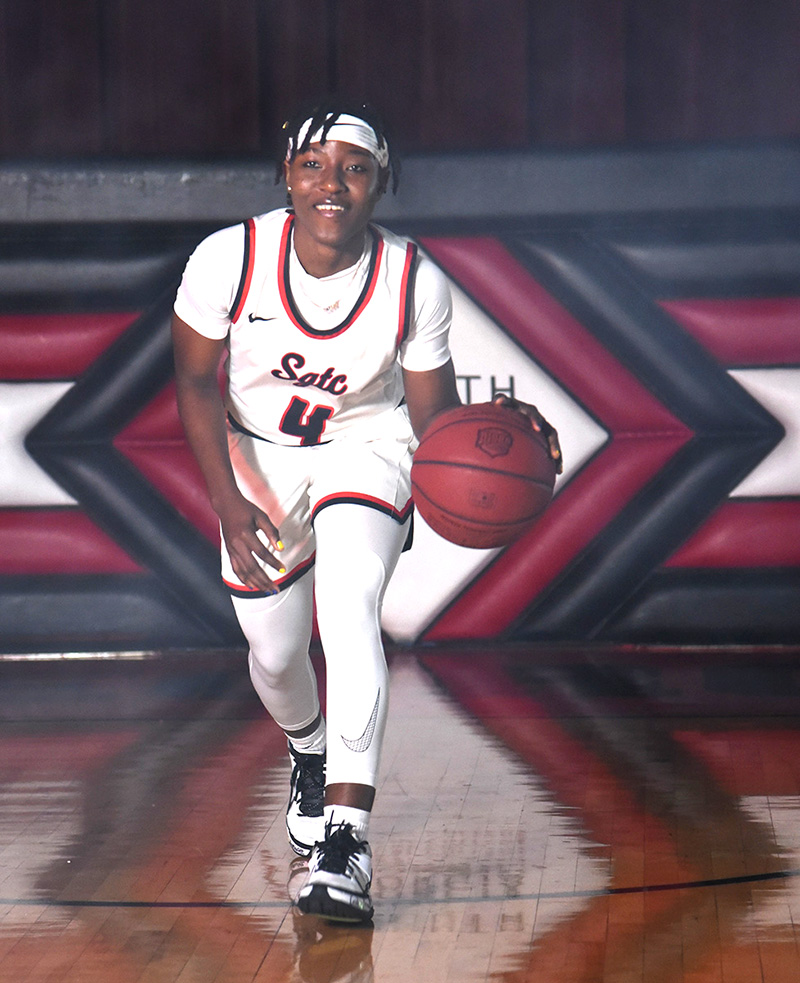 Charles earned the Georgia Collegiate Athletic Association (GCAA) Defensive Player of the Year award and was a second team all-region selection as a sophomore.  She averaged 12.1 points and 3.1 steals per game during the 2020-2021 season.  She also pulled down 4.8 rebounds and 2.5 assists.

“I am very pleased for Veronica Charles,” said SGTC Lady Jets Head Coach James Frey.  “I think this will be a win-win situation for Veronica and for Stony Brook University.” 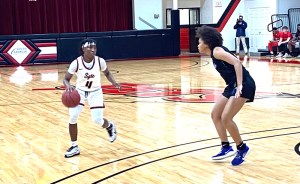 SGTC sophomore guard Veronica Charles (4) was named the Georgia Collegiate Athletic Conference (GCAA) Player of the Year for the 2020-21 Season. She averaged 12.1 points per game, 4.8 rebounds, 3.1 steals and 2.5 assists per game for the Lady Jets.
Photo by Ken Gustafson

Stony Brook head coach Ashley Langford added, “Veronica is a fierce competitor, who has been a part of a winning tradition the last two years at South Georgia Technical College.  She is a tenacious defender, which fits right into our identity.  And, despite her size, she rebounds well.  In addition, her ability to shoot the three-ball at a high percentage is very impressive, and will help us space the floor on offense.  She is a great person to be around.  She’s always smiling and her energy is contagious.  The fans will love her.”