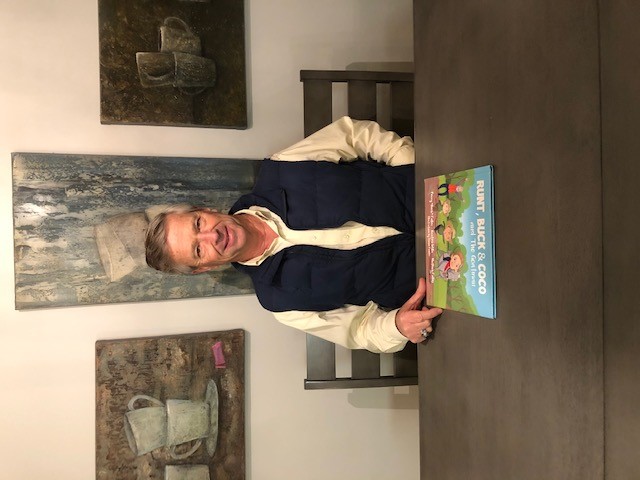 Perry Fuller, a former student of the Marion County school system and resident of Americus (1991-1994) has written a children’s book with his son and daughter.  He and his brothers Jerry and Terry were in the first Tri-County High School (Schley, Webster, and Marion Counties) graduating class (1976).  Triplet boys who were born in Columbus and grew up in the northern end of Marion County. Their nicknames growing up were Runt, Buck, & Coco. Fuller and his son and daughter, have written a children’s book titled, “Runt, Buck, & Coco and The Goatman”. Some long-time Sumter County residents may remember when the Goatman use to travel through the area with his covered wagon and herd of goats. The book is now available on Amazon, Kindle, Barnes & Noble, and Books A Million. Libraries and book stores can purchase through Ingram/Spring Arbor. Fuller says he would welcome the opportunity to come speak at schools and civic groups here in Sumter County. Perry Fuller can be reached at the following email address:  pfuller@triestag.com