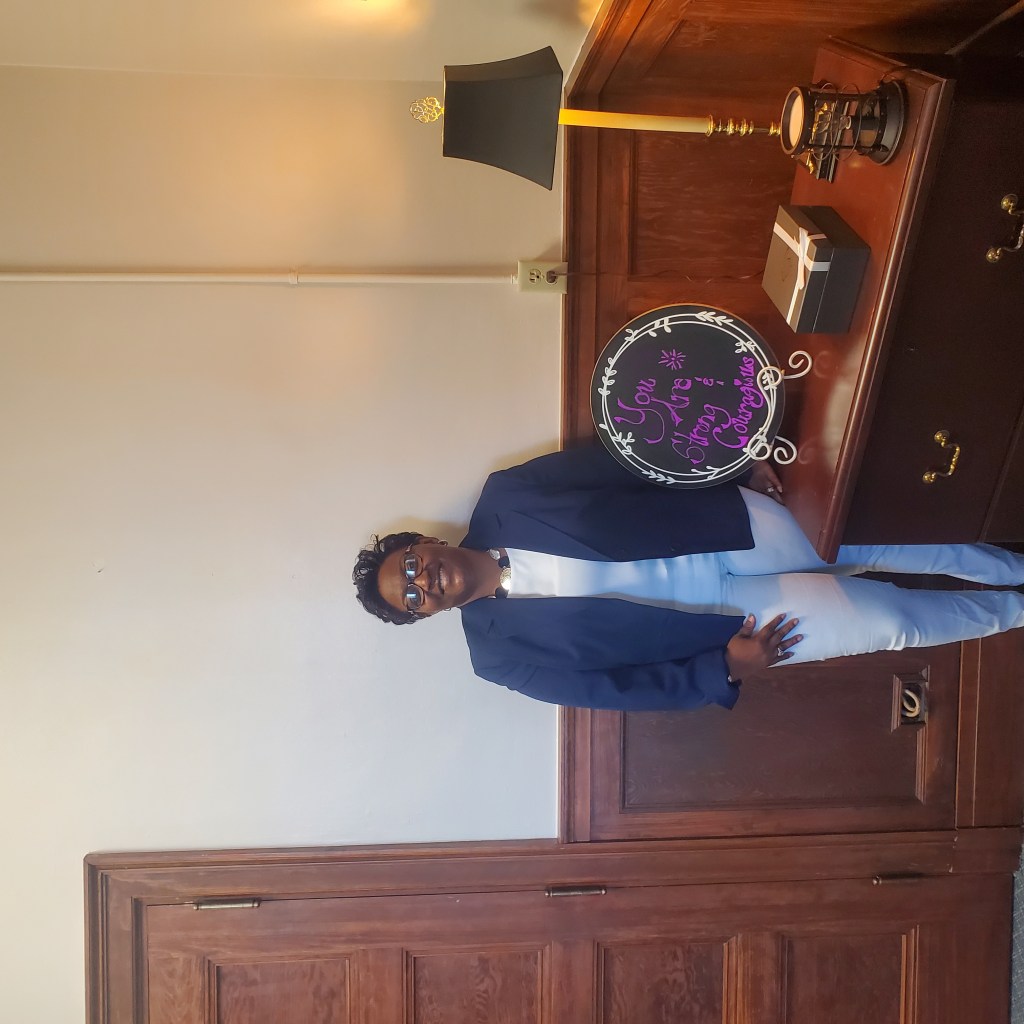 Diadra Powell is Americus. Her’s is a familiar face around town, and she makes a point to walk around the city to see as many faces as she can. Marking her eighth anniversary with the city this year, she has filled many roles for the city. On May 28, 2021, the Americus Mayor and City Council unanimously appointed her to shift from interim city manager into her current position as the permanent city manager. Diadra has been serving as the interim manager since March of 2020. In addition to those duties, she also served as the finance director and the interim public works director. Diadra is a proven resource for Americus.

She is passionate about the role of local government in the lives of citizens. “I love local government. I know that may sound strange. For me, it is about meeting the needs of the citizens you serve. The things that impact your life on a daily basis start with local government.” Diadra has served in local government for nearly 16 years. Having started her career in North Carolina, she and her husband Timothy moved home to care for her grandmother. Upon moving home, she began as the finance director for the City of Americus in 2013. In 2014, Americus changed its charter to go from a purely city council form of government to operate in a council and city manager governance. While the council has the responsibility of appointing and terminating the city manager, the city manager has the responsibility of hiring and terminating our department heads. The department heads in turn have responsibility for human resource decisions over their staffs. So how does a manager and a council work together? Diadra describes it in simple terms. The mayor and city council are elected officials, with the mayor being the only at-large vote and each of the six districts being represented by a council member. In addition to the council member being aware of the concerns brought to his/her attention, they rely heavily upon the city manager to speak on behalf of the city. Diadra reports the various department heads are integral in making sure the city progresses as it should. “We say to the mayor and city council here are the things we think are important or we need. Then the council takes executive action. Once they take action, we (city employees) are responsible for carrying that out.” Diadra likens the structure to military rankings. Council members could be considered generals, as city manager she is the captain and department heads would be considered lieutenants. However, Diadra is quick to admit the city would not see progress without the teamwork between all employees and the council. She is quick to say the workforce of the city is one of the greatest resources Americus has. She also gives great credit to city council for understanding their importance.

Diadra admits, “My family and I are service oriented, whether its military or public service.” Diadra was honorably discharged from the Army. Timothy retired from the Marine Corp after 20 years of service. She has particularly good eye for spotting issues before they become issues. She sees it has her responsibility and she takes it seriously as she goes forward on behalf of the citizens daily. “Storm water, utilities, sewer, gas—these are the things you need daily to function; these aren’t wants, these are things you need. Recognizing we have the ability as public servants to effect lives of our citizens on a daily basis is almost overwhelming when you put that into perspective.” Diadra’s perspective identifies the citizens’ needs as being the whole purpose of her profession. She wants the best for them, and she ensures they can receive the best services at the best price with the best customer service available. She realizes that each resident has made a choice to make Americus home. Each business owner has chosen this city to be where they offer their goods. Each visitor has chosen to spend their time in Americus. These are things she keeps in mind as she walks our streets. She wants visitors and residents alike to get the most out of Americus.

In addition to city employees and council’s appreciation of them she lists other things she identifies as excellent about Americus. She reports the ability to respond to citizens is a benefit. She will admit that not every decision made is going to make a resident happy, nor are some outcomes as she would desire, but the dedication of Americus staff to “do their very best” is remarkable, “and I can’t ask for more than that.” As a city employee she reports, “There is value in what citizens say and in what council say. We want to respond to that.” Diadra also believes the city’s accessibility is remarkable. She points out a good metaphor for such in that the city hall is open for anyone to enter. Other cities often have security in their city hall, but access to government officials and workers in ours is not impeded. In recent work, Diadra is proud of the way the city handled the pandemic. Before the virus even hit the United States, Americus was putting together a plan to address the needs. As Diadra points out, the city never quit working. At the top of their priority list was making contingency plans to ensure residents and employees were healthy, safe, and getting their needs met. In speaking of residents, Diadra is proud to say residents “still got services they needed. Not a lot of cities can say that.”

Diadra’s passion for the folks in Americus is not only seen in her work. She genuinely enjoys them as neighbors. When asked to identify what three things she loves best about Americus, her first response is Americus’ “down-home feel. People wave and speak. You don’t get that everywhere. I like that, it’s personal for me.” It is apparent Diadra respects the work city employees do, but she also list having relationships with them as one of her favorite Americus offerings. “They give a good sense of the people who live here.” Lastly, Diadra is appreciative to live among a resilient people. Despite what the community comes against, they “bounce back.”

Be sure to look for Diadra enjoying herself about town, she reports enjoying spending not only her time but her money here. Her office is in city hall, and she keeps her office door open. While she encourages everyone to know their elected officials and to utilize them as their representative, we would be wise to know she also offers her voice, so citizens’ needs and desires are addressed. She is working hard to ensure our residents are enjoying making a home in the City of Americus.