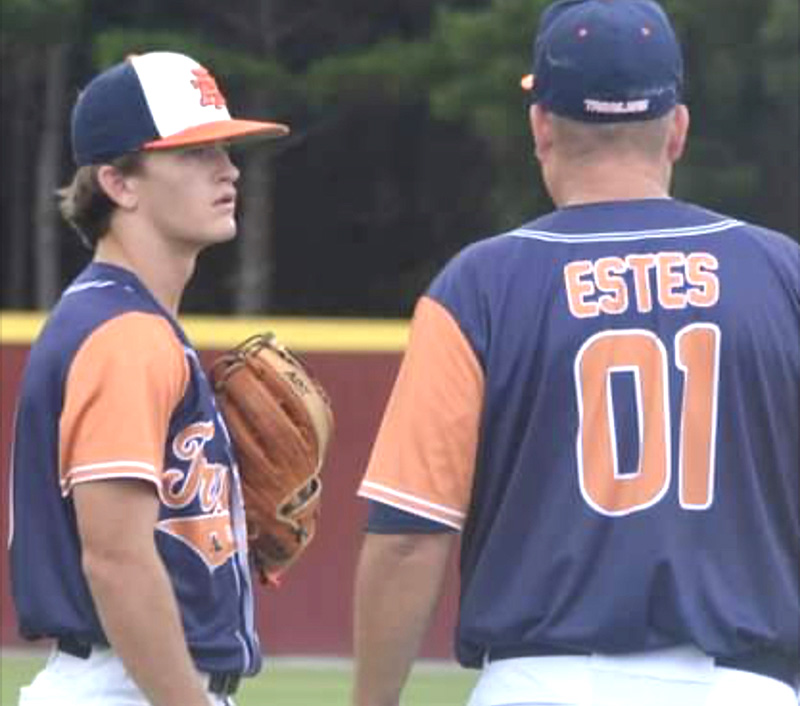 HOSCHTON, GA – The Americus Travelers Baseball Team (ATB) appears to be unstoppable. They traveled up to Hoschton, GA just north of Atlanta to compete in the Perfect Game Northeast Georgia Invitational June 25-27 and left with another tournament title, winning four straight games at Mill Creek High School in Hoschton.

In their first game against Next LVL 16U Gutterman, the Travelers won a low-scoring affair by the score of 5-2. NL Gutterman scored two runs in the top of the first to take an early 2-0 lead, but ATB erupted for four runs on three hits and they took advantage of two walks. Owen Lamb drove in ATB’s first run of the game on an RBI single and Dylan Davis followed that up with an RBI double to tie the game. After Gavin Lacey popped out to second base for the first out, Lamb was able to score on a passed ball to give the Travelers a 3-2 lead. Chase Ledger then drove in Davis on an RBI single to complete the four-run barrage.

ATB pitcher Landon Kight was able to hold NL Gutterman scoreless the rest of the way and the Travelers got an insurance run in the bottom of the fourth when Thomas Willis drove in Tripp Thomas on an RBI double.

Lamb led the way offensively for the Travelers by going 2 for 2 at the plate with two singles, an RBI and a run scored. Lamb began the game on the mound, but struggled early, giving up two runs on two hits and walking three batters, while striking out one. Kight came on in relief of Lamb and pitched a little over five innings of scoreless baseball. He gave up one hit, walked three and struck out two.

In ATB’s second game against the Mill Creek Hawks, starting pitcher Chase Ledger had an incredible performance on the mound. Ledger gave up only two hits and struck out 15 MC batters over seven scoreless innings to lead the Travelers to a 6-0 victory over the Hawks.

Offensively, ATB scored six runs on eight hits. The big inning came on the bottom of the fourth as ATB scored three runs on three hits, including an RBI double by Peyton Tompkins.

Both Tompkins and Ledger went 2 for 3 at the plate with an RBI to lead the Travelers’ offensive attack.

In ATB’s third game against the 15U Loganville Bats, they jumped out to a big lead early and never looked back on their way to an 11-1 win.

Going into the top of the third inning, the score was tied at 1-1, but the Travelers would soon change the trajectory of the game entirely. They scored eight runs on seven hits and took advantage of two walks and an error. ATB added two more runs in the fifth on RBI singles from Kight and Thomas Ray and went on to secure the 11-1 victory.

Ray went 2 for 2 at the plate for the Travelers with an RBI and a run scored and Henry Johnson, who plays his high school ball for Southland Academy, went 2 for 4 with a double, a single and an RBI.

In their fourth and final game against the 16U Alliance Baseball Club (ABC), the Travelers were in a battle for most of the game until the top of the sixth inning. Leading 4-3 in the top of the sixth, ATB exploded for six runs on four hits and took advantage of three walks. With runners at second and third and nobody out, Thomas Ray was able to steal home and Dylan Davis followed that up with a single to center field.

Caden King then drove in Lamb on an RBI bunt single to give the Travelers a 6-3 lead.

Tripp Thomas would later drive in two more runs on an RBI double to left field and Thomas Willis would follow that up with a two-run single to extend the lead to 10-3.

However, ATB still wasn’t finished. In the top of the seventh, the Travelers struck for four more runs on four hits, including RBI doubles by Owen Lamb and Caden King. ABC scored a run in the bottom of the seventh with one out, but Caden King was able to get the next two outs secure the 14-4 win and the tournament championship.

Caden King went the entire seven innings on the mound for the Travelers. He gave up four runs on four hits, walked two and struck out seven.

The Travelers will compete in one more tournament to close out their season. They will travel to Gulf Shores, AL for the Perfect Game World Series, which will take place Wednesday through Saturday, July 7-10.