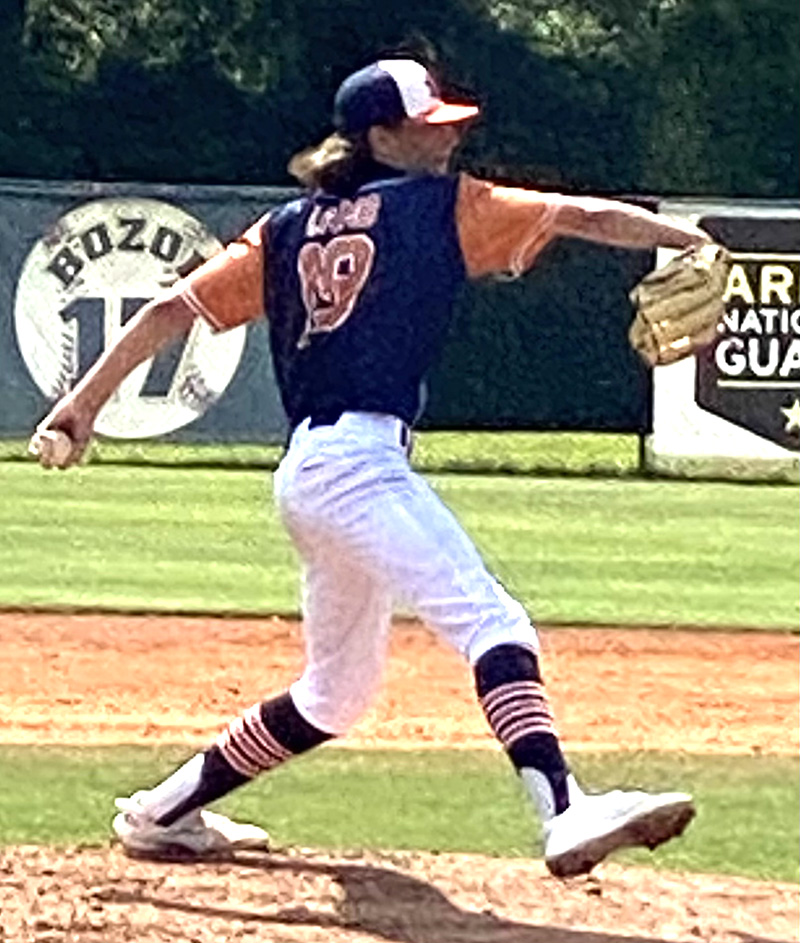 Americus Travelers starting pitcher Owen Lamb pitched two innings without allowing a hit in the Travelers’ 8-1 win over the 16U Gulf Coast Academy Astros in ATB’s first game of the Perfect Game World Series in Gulf Shores, AL. Lamb combined with reliever Gavin Lacey to pitch a no hitter against the Astros. ATR Archive

GULF SHIRES, AL – Americus Travelers (ATB) pitchers Owen Lamb and Gavin Lacey combined to throw a no hitter in the club’s 8-1 victory over the 16U Gulf Coast Academy Astros in ATB’s first game at the Perfect Game World Series on Wednesday, July 7 in Gulf Shores, AL.

The only run given up by the Travelers came in the top of the second inning. With the bases loaded and two outs, Lamb threw a wild pitch that allowed a run to score, but that would be the only run that Gulf Coast would score the remainder of the game.

In the bottom of the first inning, the Travelers jumped out to a 7-0 lead as they took advantage of four walks, two hit batsmen, an error that allowed two runs to score and an RBI single by Caden King. That explosion would pretty much be all that the Travelers needed in this game for the victory. ATB was able to add an insurance run in the bottom of the second when Chase Ledger drove in King on an RBI double, but Lamb and Lacey were able to hold the Astros scoreless the rest of the way after the second inning.

Lamb started the game on the mound for ATB. In two innings of work, he gave up a run on three walks and three strikeouts. Lacey came on in relief of Lamb and pitched the final three innings. He walked two batters and struck out two.

King led the ATB offense by going 2 for 2 at the plate with two singles, an RBI and two runs scored, while Ledger went 1 for 2 with a double and an RBI.