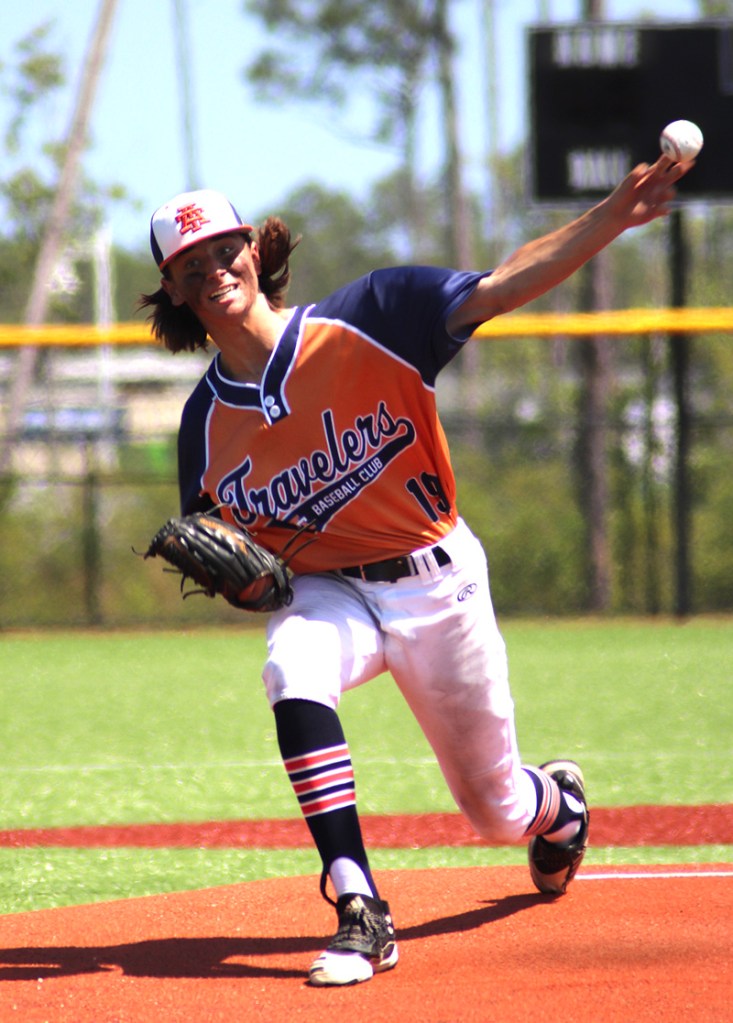 Americus Travelers pitcher Owen Lamb, who plays his high school ball at Schley County, pitched five scoreless innings, gave up two hits and struck out seven to lead the Travelers to an 8-0 win over 16U Wow Factor at the Perfect Game World Series in Gulf Shores, AL. ATR Archive

GULF SHORES, AL – Americus Travelers (ATB) starting pitcher Owen Lamb pitched five scoreless innings and struck out seven batters while only giving up two walks and two hits to help lead ATB to an 8-0 shutout victory over the 16U Wow Factor club in the Travelers’ eighth game of the Perfect Game World Series on Friday, July 9 in Gulf Shores, AL

Earlier in the day, the Travelers were able to edge out the Mississippi Blue Jays 8-4 thanks to eight runs on six hits and ATB’s ability to take advantage of three errors committed by the Blue Jays. 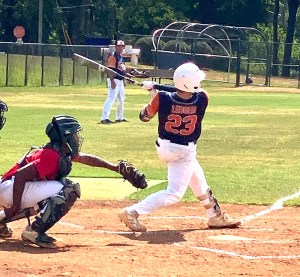 Americus Travelers catcher Chase Ledger, who plays his high school ball at Southland Academy, went 2 for 3 at the plate with a double and an RBI to help lead the Travelers to an 8-0 victory over 16U Wow Factor at the Perfect Game World Series in Gulf Shores, AL.
ATR Archive

Both Lacey and Ledger led the way for ATB offensively. Lacey went 2 for 3 at the plate with a triple and three RBIs, while ledger also went 2 for 3 with a double and an RBI. In total the Travelers scored eight runs on 10 hits and committed no errors, while Wow Factor was held scoreless with just two hits and committed three errors.

So far to date, the Travelers have a season record of 21-5-1. This week’s Perfect Game World Series in Gulf Shores, AL will be the team’s last tournament of the 2021 season.