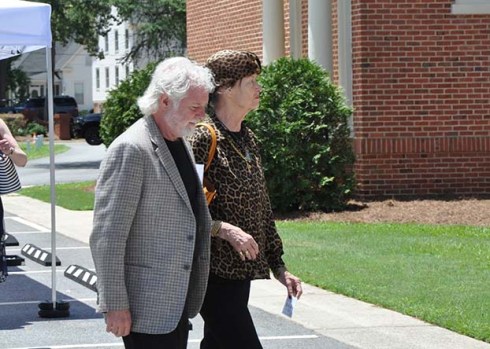 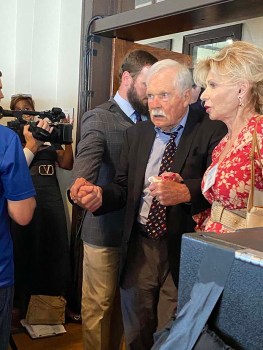 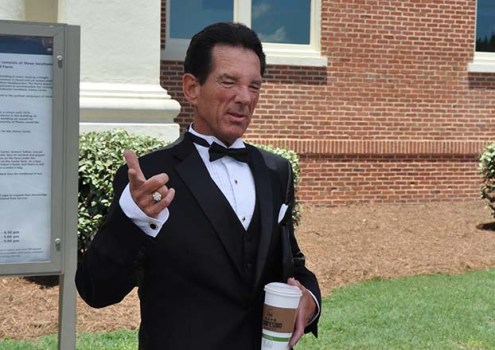 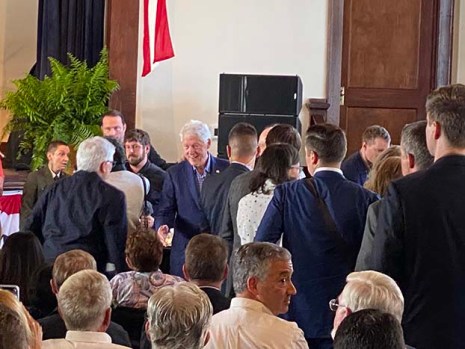 Former President Bill Clinton as he arrived for the event 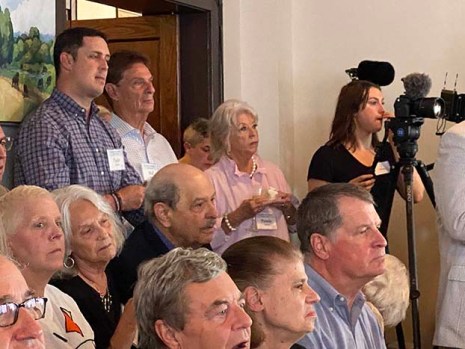 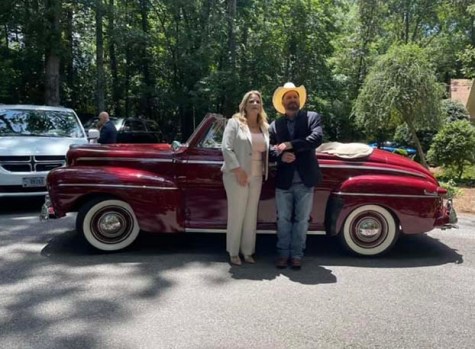 Trisha Yearwood and Garth Brooks and the car they had restored as a gift for the couple.

The event began with 10 rooms at the Plains High School for the 300 guests to gather as the couple made their way from room to room.  There was a toast made by their son, Chip Carter who said, “The most difficult thing for me to decide was what to leave out of the toast. Do I thank them for big things like deciding to have children? Or do I thank them for inviting Willie Nelson to spend the night at the White House? I decided to thank them for the most important gift they gave their children. They taught us their values, Christian values. Plains, Georgia values. They told us that every single person deserves our respect, regardless of their wealth their race their age their politics, their sex, their sexual orientation, or the amount of power that they have. They told us that we were better than no one and no one was better than us,” he said. He ended his toast by saying, “They did what they thought was right even when it was bad politics or when some people thought differently. Now I raise my glass to my parents, Rosalynn and Jimmy on their 75th wedding anniversary. Salud! I love you, Mom and Dad,”.  The entire room raised their glass to toast the couple for their 75 years together.  It was a beautiful tribute to a beautiful couple.

Mr. and Mrs. Carter then made their comments.  President Carter lovingly said, “To my wife, Rosalynn, I want to express a particular gratitude for being the right woman that I chose for my wife.”.  Mrs. Carter, wearing a diamond pendant necklace that President Carter gave her for their 75th milestone, told of how in high school and college, she wasn’t sure she would ever get married.  She said she would ask her mother to tell “boys” who called that she wasn’t home.  She went on to say, “Then along came Jimmy Carter, and my life’s been an adventure ever since.” She then leaned over toward her husband, away from the microphone and whispered “Thank you, I love you.” The crowd was entertained with a piano concert of some of the Carter’s favorite musical pieces by Pianist David Osborne. Osborne has performed many times for the Carter’s dating back to their White House years.